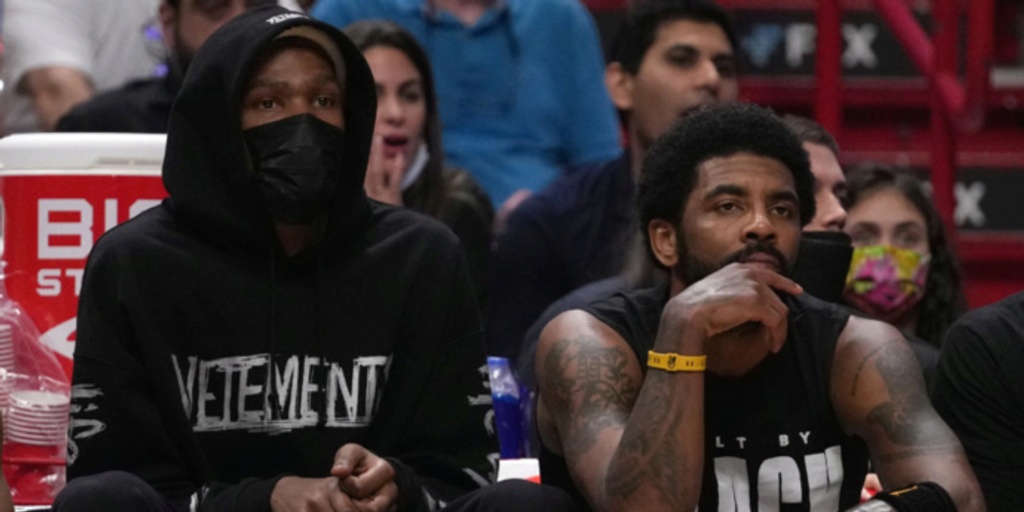 Kevin Durant has taken a significant first step in hopes of rejoining the Brooklyn Nets after hurting his left knee three weeks ago.

The former league MVP, who sprained his left MCL in a game against the New Orleans Pelicans on Jan. 15, recently began light court workouts. Durant also traveled with the club to its game against the Miami Heat on Saturday night.

“It’s getting better every day,” Durant said Saturday. “It’s a process to get back on the court and I’m going through that every day. I feel better as each week passes. It’s slow but I’m looking forward to ramping things up.”

Considered a favorite to win the Eastern Conference, the Nets began Saturday on a 10-game losing streak. Brooklyn is 2-11 since Durant was sidelined.

“A lot of teams have talent and winning a championship is obviously the goal,” Durant said. “But there are proper steps we have to go through to get there. And things have been on pause for a bit. I know the losses have hurt us and I know my injury has hurt the team not being around.”

Durant spoke two days after the Nets traded former MVP James Harden to Philadelphia for Ben Simmons, Seth Curry, Andre Drummond and draft picks. Reports that Harden wanted out of Brooklyn intensified for days until the trade was completed Thursday.

“James doesn’t have to explain anything to anybody, he’s his own man,” Durant said when asked if his now former teammate reached out to him before the trade. “He makes decisions about his career by himself. He doesn’t owe anybody an explanation.

“I’m just glad we got this thing done and that we’re able to move forward from the noise.”

The highly anticipated Nets lineup of Durant, Harden and Kyrie Irving appeared in only 16 games.

“I feel the basketball we played was a good brand of basketball while we were out on the floor,” Durant said. “I can live with what we did.”