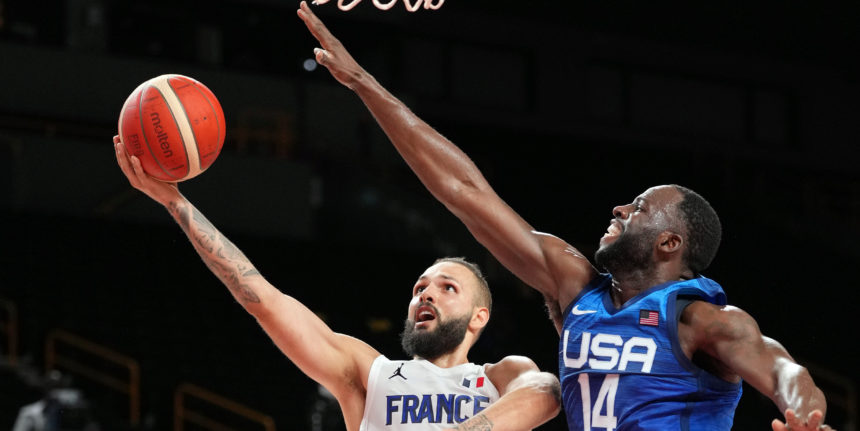 Evan Fournier and Nicolas Batum are going for gold, though they can’t forget about the green.

Basketball and business are about to mix in a way players have never experienced. The quarterfinals of the Olympic men’s tournament arrives on the same day free agency opens in the NBA.

While big-name stars such as Kawhi Leonard, Chris Paul and Kyle Lowry will be focusing on their futures, some players are trying to keep their eye on the present.

That includes Batum, who doesn’t have a contract for next season but insists his only concern is his next game.

“It’s not easy, I mean, from the outside, but for me it’s pretty easy,” Batum said. “I know where I have to focus on.”

He said that’s the elimination game that France will play against Italy. The French are one of the top seeds in the men’s basketball quarterfinals at the Tokyo Games, with a victory over the U.S. the highlight of their 3-0 start.

Yet when the four quarterfinal games are being played on Tuesday in Japan, it will be Monday night back in the U.S. That’s when players and teams can begin negotiating contracts.

Fournier, who finished last season with the Boston Celtics, is in position to earn the biggest deal he’ll ever get. His stock has likely soared in Saitama, where he scored 28 points in the victory over the U.S.

Some players wait a lifetime for the opportunity to cash in the way he’s about to.

France has also waited a lifetime to win an Olympic gold medal.

Fournier has to juggle all that at once.

“It’s so unfortunate that I’m going to have to give an answer on the day of the quarterfinal,” he said. “Hopefully, teams are going to be nice and they can understand that I don’t want to rush anything and at least I can wait until after the game.”

Free agency in the NBA normally opens on June 30 and contracts can be signed in early July, getting it out of the way — at least for the top players — before national team games.