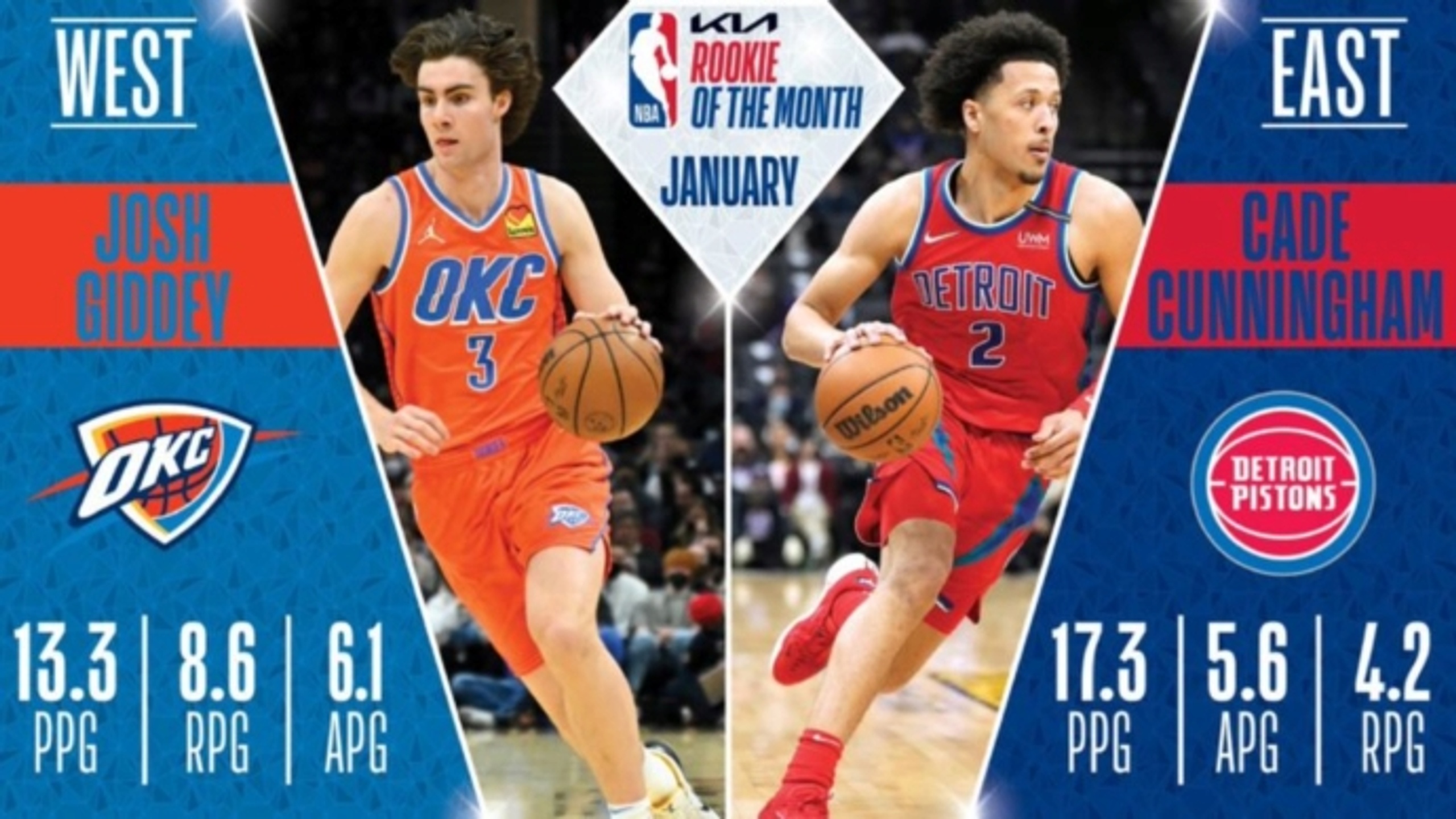 Giddey, Cunningham take home Rookie of the Month for January

The versatile do-it-all rookie guards in Josh Giddey and Cade Cunningham found their footing in January, winning Rookie of the Month.

Cade Cunningham averaged 17.3 points, 5.6 assists, and 4.2 rebounds per game in the month, solidifying himself as an elite building block for the Pistons. Against the Nuggets on January 25th, he did everything with 34 points, 8 rebounds, 8 assists, 4 blocks and 2 steals.

Cade Cunningham step back on Jokic. 🔥

Giddey kept up his stellar rookie play with 13.3 points, 8.6 rebounds, and 6.1 assists per game. On January 21st against the Hornets, he scored a career-high 21 points along with recording 9 rebounds and 3 assists.