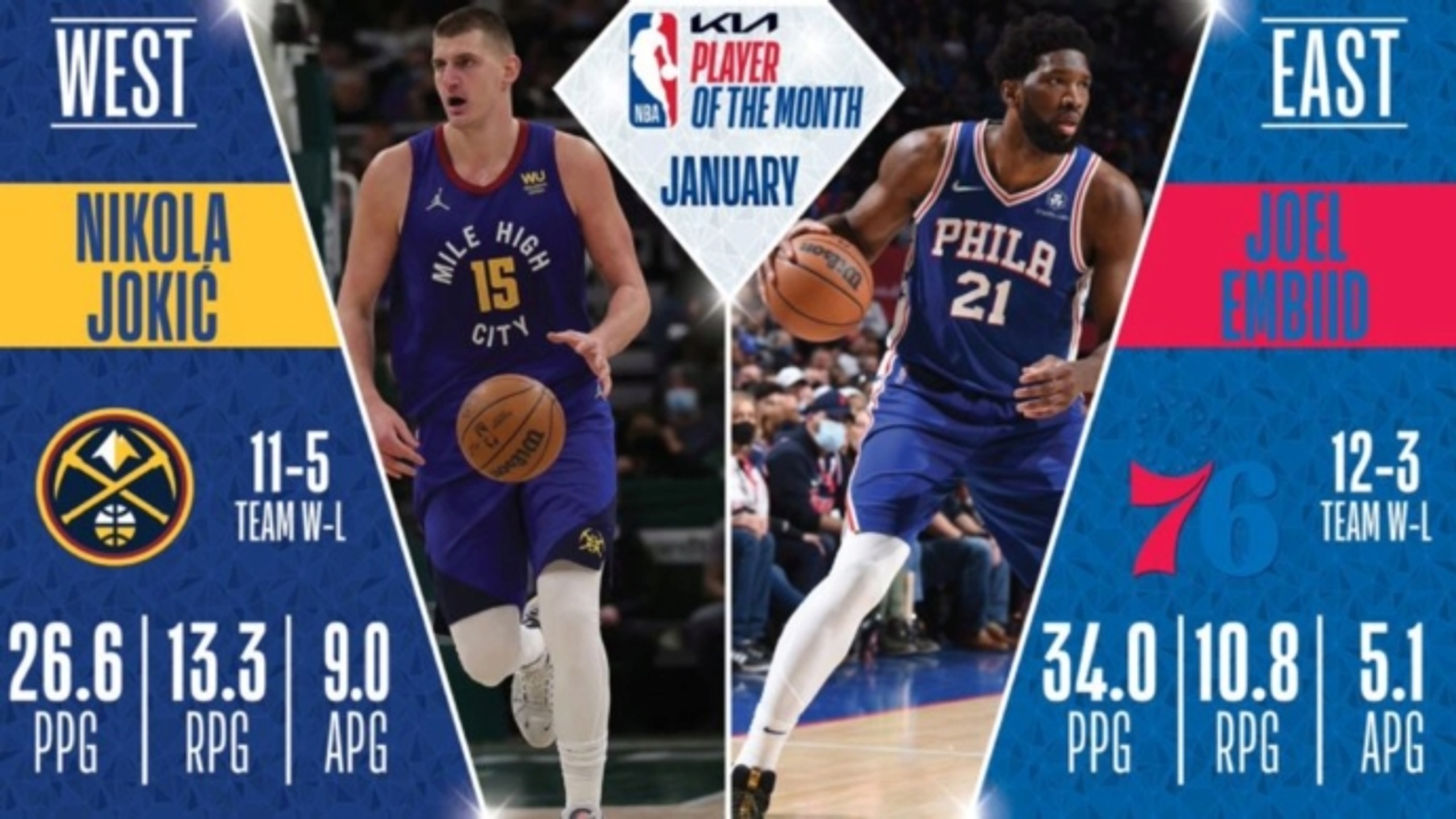 It was the league's two best big men in Joel Embiid and Nikola Jokic dominating this month, both taking home Player of the Month for January for the second year in a row.

Embiid vaulted Philadelphia up the standings with a 12-3 record carried by his 34 points, 10.8 rebounds, and 5.1 assists per game. Embiid had just two games in the month with under 31 points, winning both. His best performance came on a near-perfect night against the Orlando Magic on January 19th with 50 points, 12 rebounds, and 3 blocks on 17-23 shooting from the field and 15-17 shooting from the free throw line.

Jokic found his stride in yet another MVP-worthy season, orchestrating Denver's offense with 26.6 points, 13.3 rebounds, and a staggering 9 assists per game. The Nuggets went 11-5 in the month as Jokic clicked with his teammates. His most exciting performance came from a video-game statline in an overtime win over the Los Angeles Clippers with 49 points, 10 rebounds, 3 assists, and a block on January 19th.

Nikola Jokic dazzles with 18 PTS, 9 REB and a season high-tying 15 AST in the @nuggets win 🃏 pic.twitter.com/dbwcJNfy1r