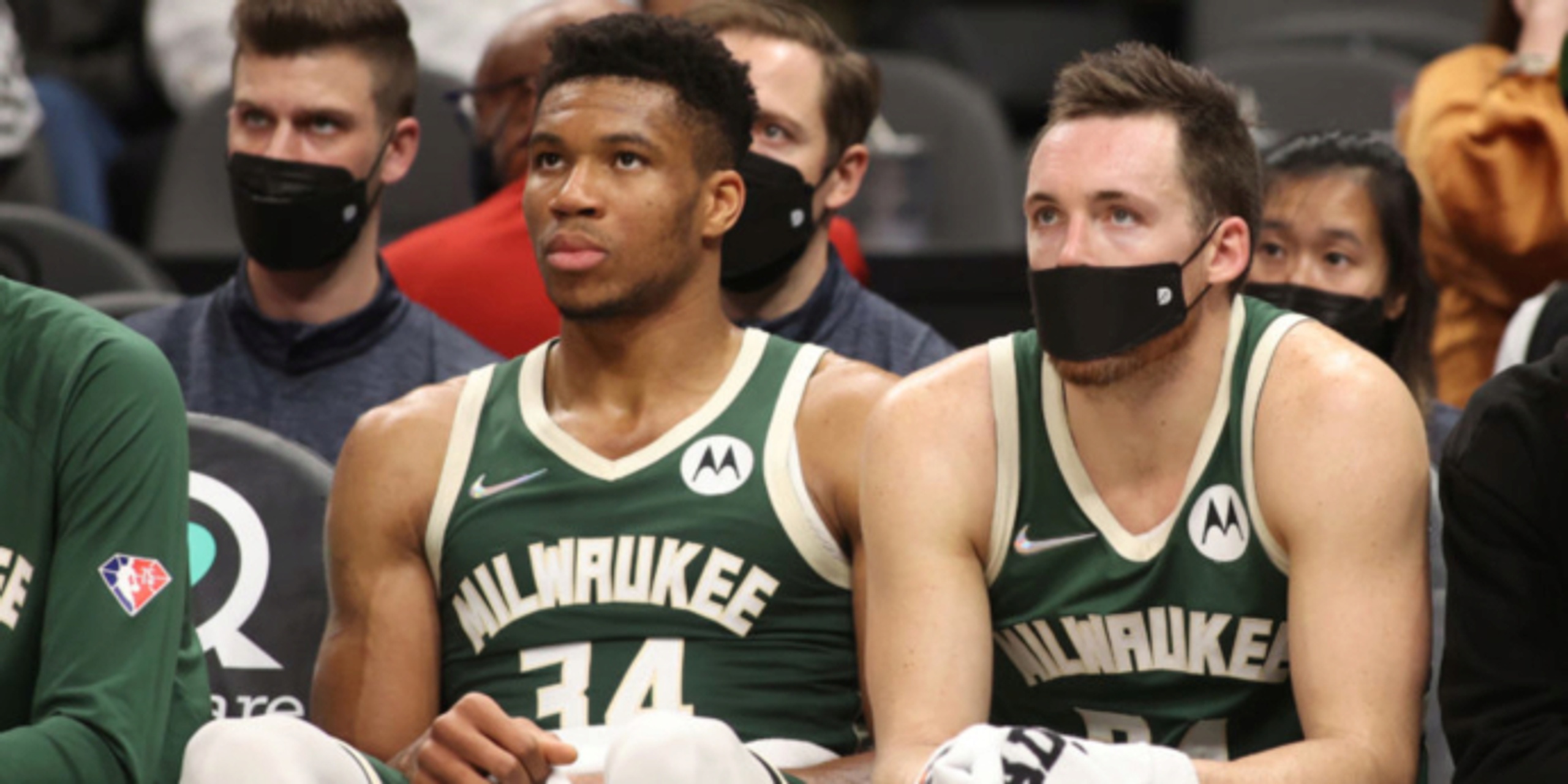 Giannis loves Milwaukee, but hints next challenge 'might not be here'

Last year’s championship run by the Milwaukee Bucks and Giannis Antetokounmpo offered up the perfect blueprint of how to go all the way while remaining true to your team and fans. After all the disappointing playoff exits and questions, the Bucks would finally click and fulfill their potential.

Led by their drafted superstar, a homegrown core, their long-term head coach and several perfect additions, the Bucks finally pushed through and brought the Larry O'Brien trophy to Milwaukee after a 50-year drought — a historic moment, with their Antetokounmpo enjoying the spotlight. His loyalty and love for the city are well known, but that doesn’t mean “The Greek Freak” will be a Buck for life.

Shaky start to the title defense

The ring ceremony and opening game versus Brooklyn looked like a statement that this team had returned even stronger and scarier. But then a series of unfortunate events would hit the Bucks. Most of their key players got sidelined with injuries and COVID cases, as guys like Brook Lopez, Khris Middleton, Jrue Holiday, Donte DiVincenzo and more missed (or are still missing) time.

Coach Mike Budenholzer has used this time to shuffle the rotations a bit and try out some new pieces. That has led to pretty inconsistent play from the Bucks, who are sitting at 11th in the Eastern Conference with a 7-8 record. Nobody is really panicking, but it is obvious they need to pick it up. The East is deep with plenty of quality teams this season, so coming out of the conference won't be an easy task.

Is the face of loyalty in the NBA moving on?

It is hard to find many NBA fans that had a problem with the Bucks winning it all. After all, it is rare in today’s NBA to see a team persevere through numerous disappointing playoff exits, only to win it all with the superstar they drafted and developed into one of the best in the league. Also, from Giannis’ perspective, it was admirable to stick it out with his team in the small market of Milwaukee rather than joining other stars in a big market.

That earned Antetokounmpo immense respect among NBA fans, as he finally added that elusive championship to the numerous personal accolades on his resume and solidified his spot alongside the NBA's greats at just 26 years old. It’s hard to imagine him playing anywhere else, but a recent interview with GQ could definitely spark your imagination.

In a huge piece, GQ presented us with an inside look at Giannis’ life on and off the court, including fashion and his plans for the future. One interesting part that caught the attention of fans revolved around overcoming the challenge of bringing a championship to Milwaukee and looking for the next one, without ruling out the possibility of doing it somewhere else. Here is an excerpt from the piece:

In the end, Giannis decided to stay in Milwaukee because it was difficult. And then, improbably, the Bucks won.

It’s not that he doesn’t love Milwaukee, he said. But he was always wary of things becoming too easy.

“Me and my family chose to stay in this city that we all love and has taken care of us—for now,” Giannis said. “In two years, that might change. I’m being totally honest with you. I’m always honest. I love this city. I love this community. I want to help as much as possible."

You can interpret this a number of ways, but I’m pretty sure this is simply about Giannis’ insatiable desire to compete. Antetokounmpo is a different breed, as he simply doesn’t take days off. After getting the taste of glory, Giannis now wants to win every year, as simply competing won’t be enough to keep him happy for the rest of his career.

Antetokounmpo wants to be playing for a championship year in and year out, whether with the Bucks or some other team. With that said, if the Bucks surround their centerpiece with talent and put him in position to contend, he'll have no reason to leave.