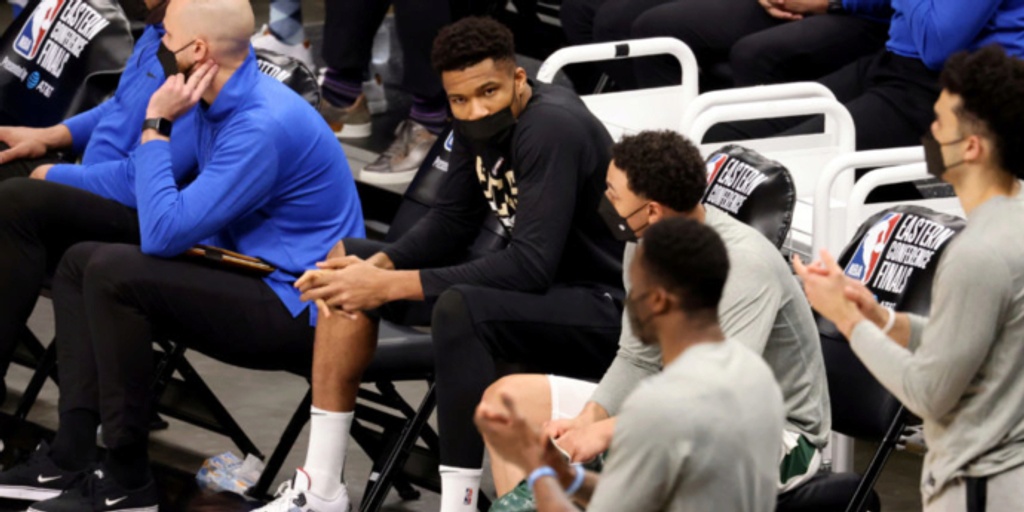 Bucks superstar Giannis Antetokounmpo's status is still uncertain for Game 1 of the NBA Finals. But Antetokounmpo is battling to be ready for the series.

According to NBA TV’s Jared Greenberg, Antetokounmpo will work out in a private gym in Phoenix in front of “an army of observers” to see how the Greek superstar is performing with his injured knee. Per Greenberg, he’s made significant progress over the last several days, originally going through drills on one leg to now being able to use the recovering leg.

The two-time MVP hyperextended his knee in Game 4 of the Eastern Conference Finals after tangling with the Hawks' Clint Capela. Prior to the injury, the star forward was averaging 26.5 points and 10.0 rebounds per game in the series.

He has been able to do individual workouts, but hasn’t been doing them with the team itself, per Greenberg, who also said that Antetokounmpo is “fighting tooth and nail” to be in the lineup for Game 1. No official injury designation has been listed yet.