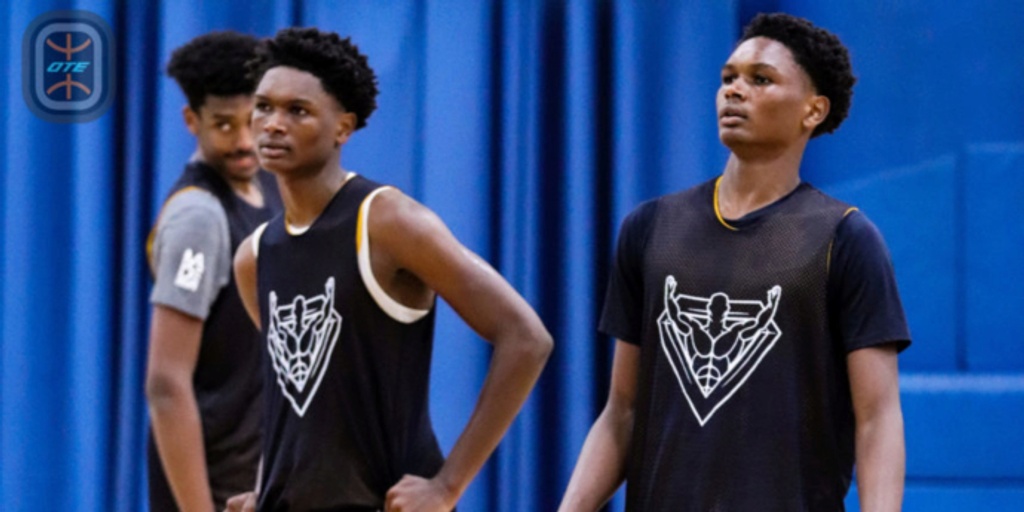 ATLANTA (May 25, 2021) – OTE (Overtime Elite) announced that twin prospects Amen Thompson and Ausar Thompson, two of the country’s top-rated guards, have signed with the league and will be part of its inaugural season this September.

Amen Thompson is a 6-foot-6-inch, 190-pound combo guard who played for Pine Crest School (Fort Lauderdale, Florida). He is currently the #22 overall ranked player by ESPN, #31 by 247Sport’s 2022 recruiting rankings and #38 by Rivals.

Ausar Thompson is a 6-foot-6-inch, 190-pound shooting guard who played for Pine Crest School (Fort Lauderdale, Florida). He is currently the #23 overall ranked player by ESPN, #30 overall ranked player in 247Sport’s 2022 recruiting rankings and #40 with Rivals. Overtime Elite uses its own proprietary assessment system to evaluate the best domestic and international prospects between ages 16 and 18, to help inform and guide the league’s signing decisions.

Amen Thompson and Ausar Thompson previously attended Pine Crest School in Fort Lauderdale, FL. The brothers led Pine Crest’s Panthers to Florida’s 4A state championship this past season, and were honored by the South Florida Sun-Sentinel as the Co-Players of the Year for Broward County Class 5A-1A boys.

“The Thompson brothers are pure energy on both ends of the floor and bring a style of play that will have the entire basketball world come to know the names Amen and Ausar soon enough,” said Brandon Williams, OTE’s EVP and Head of Basketball Operations. “These dynamic players are just scratching the surface of their talent, and with their work effort and desire, the sky’s the limit.”

“Amen and Ausar are the types of players that every coach wants, not only in terms of their ability on the court, but because of their commitment to get better,” said Kevin Ollie, OTE’s Head Coach and Director of Player Development. “The Thompsons understand what it takes to reach their potential as whole people, and we’re going to provide them the tools they need to fall in love with the process of being a pro everyday for a lifetime.”

Amen and Ausar Thompson will join top-ranked power-forwards Matt and Ryan Bewley, who announced on Friday that they had signed with OTE, when the league begins play this fall. This news follows just weeks after OTE announced that NCAA championship coach and 13-year NBA veteran Kevin Ollie has signed on as its Head Coach and Director of Player Development, and a week after it announced Atlanta would be the league’s home base. The league expects to make additional player announcements in the coming weeks.