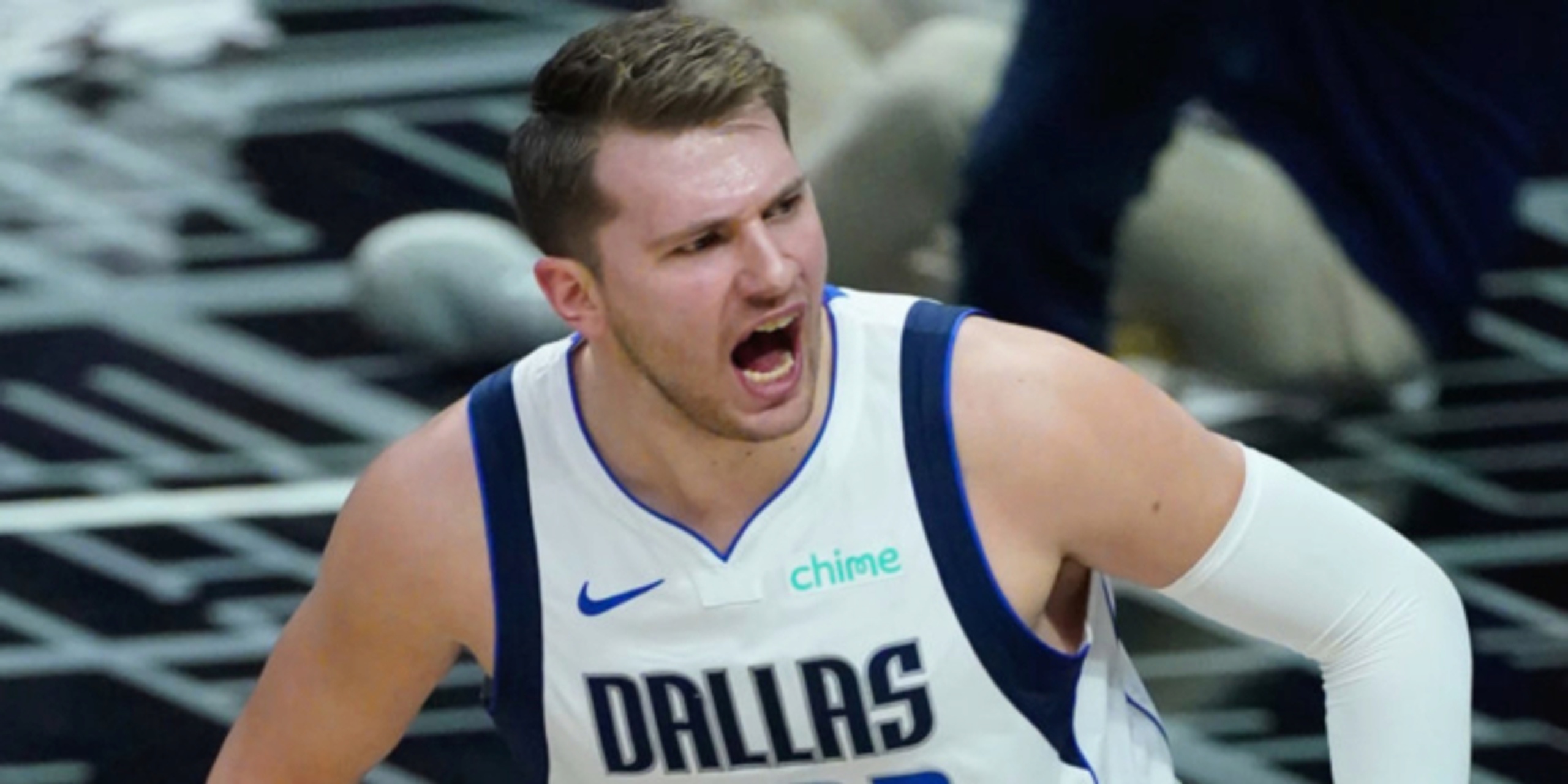 Through 2 games, nothing the Clippers have thrown at Luka Doncic has mattered

Smoothly going between the legs with the right and taking a stepback to the left. Patiently knifing into the middle of the defense for a teardrop. Intelligently backing down defenders for point-blank looks and calmly nailing fadeaways from the mid-range. Astoundingly turning the corner off a high screen and sneaking past a double team for a contested one-hand jam.

Any way you want it, Luka Doncic will give it to you.

LUKA DONCIC DUNKS ALL OVER THE CLIPSpic.twitter.com/fpYw0G9hLQ

The Dallas Mavericks have thrown the first two giant right hooks in these playoffs, stunning the Los Angeles Clippers with back-to-back victories at Staples Center. They are shooting the lights out, converting on 50% of their threes (35-for-70!), mostly courtesy of Tim Hardaway Jr., Dorian Finney-Smith and, of course, Doncic.

Tyronn Lue and the Los Angeles Clippers know that Luka is the Mavs' head of the snake. They have switched Ivica Zubac onto him multiple times (not the answer AT ALL), Marcus Morris Sr. has tried his hand and Paul George and Kawhi Leonard are both doing their damndest to limit him.

It has not mattered.

When guards like Reggie Jackson and Patrick Beverley have tried to body him up, Doncic has just played bully ball to overpower them. When the Clippers have sent blitzes or executed traps, he's calmly found an open teammate. When he's forced the defense to shrink in on him around the nail, Luka has sprayed it out for his shooters to fire it up as Los Angeles is too late for a productive close-out.

According to InStat, Luka has nearly as many isolation possessions (21) as he does as a ball-handler in the pick-and-roll (26). Both methods to his madness have resulted in 57 points created in total.

That's a lot! Over 1.1 points per possession for each, in fact.

Per Mavs PR, Doncic is the first player in NBA history to record 250 points, 70 rebounds and 70 assists through the first eight postseason games of his career (all against the Clippers, for what it's worth).

Heading into his first playoff game in front of a home crowd at American Airlines Center in Dallas, Luka and the Mavs have the opportunity to put their imprint on the NBA and make this a statement series.

Like Dirk Nowitzki and Patrick Mahomes, the world is watching this spectacle unfold, and sports fans across the globe can't wait to see what Doncic has in store next.