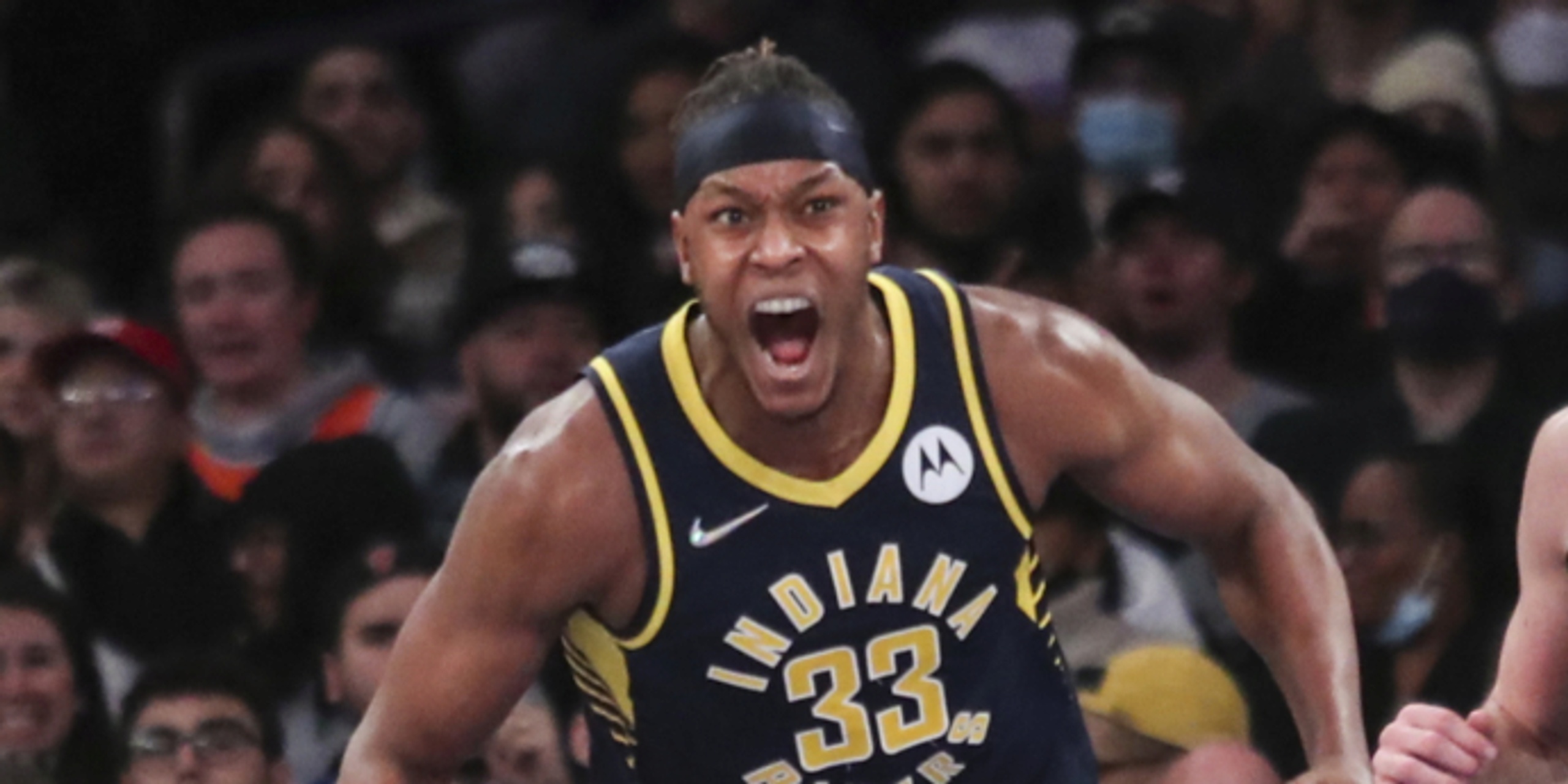 Charlotte could be trade destination for Myles Turner

According to Jake Fischer of Bleacher Report, Myles Turner has been on Charlotte's radar for a while now.

"The Charlotte Hornets have long been considered a potential landing spot for Turner, and the Hornets have communicated around the league a willingness to move the No. 15 pick."

ANALYSIS: If there's one team desperate for any kind of infusion of defense, it's the Hornets. Their offense is electric and fun but their defense is as easy to tear through as a wet sheet of paper. Turner wouldn't single-handedly turn that around, but he would fill some holes with his presence. However, Indiana still doesn't know how Turner fits next to Tyrese Haliburton, so they may see where that goes first before trading Turner.