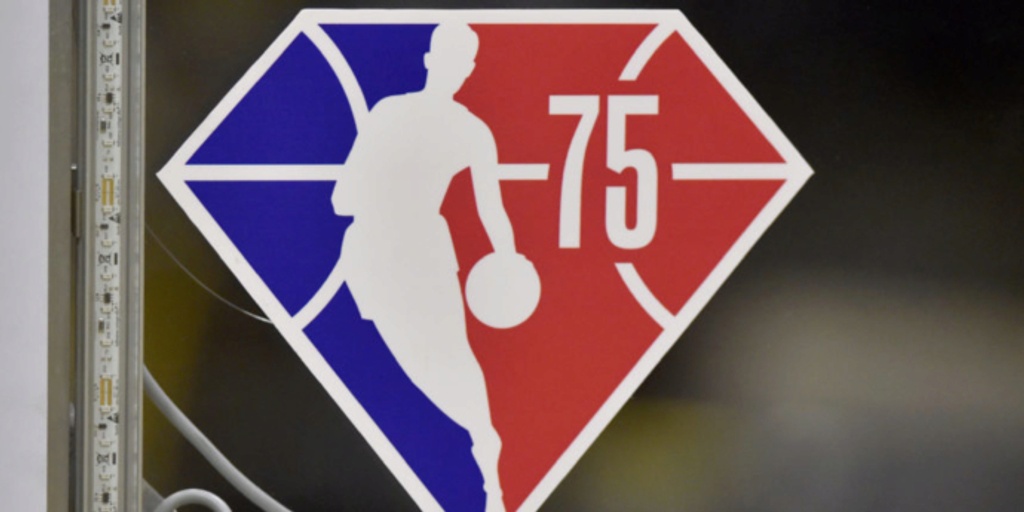 The NBA released the remaining 25 players of the league's 75th anniversary team Thursday night on TNT.

Here is the official release from the NBA, which lists all 75 players that made the team and the people that voted on the NBA's top 75 players of all-time team:

Those are just some of the collective accomplishments of the players who comprise the NBA 75th Anniversary Team, which was announced across TNT and ESPN from Oct. 19-21 as the league tipped off its landmark 75th Anniversary Season.

The NBA 75th Anniversary Team was selected by a blue-ribbon panel of current and former NBA players, coaches, general managers and team and league executives, WNBA legends and sportswriters and broadcasters.  Voters were asked to select the 75 Greatest Players in NBA History without regard to position.  Panelists did not rank their selections.  Current and former players were not allowed to vote for themselves.

As a result of a tie in the voting, the 75th Anniversary Team features 76 players.  Team highlights include:

• The five NBA legends who are serving as ambassadors for the 75th Anniversary Season are part of the 75th Anniversary Team: Clyde Drexler, Magic Johnson, Nowitzki, Pettit and Oscar Robertson. Representing different eras of the league’s history, the ambassadors will make appearances throughout the 2021-22 season and have a significant presence at NBA All-Star 2022 in Cleveland.

Some notable snubs include Tracy McGrady, Bernard King, Alex English, Vince Carter, Tony Parker, Chris Bosh, Dwight Howard, Bob McAdoo, and Pau Gasol to just name a few. This list was part of the NBA's marketing campaign for the league's historic 75th season and will surely spark a conversation/debate amongst NBA fans all over the world.