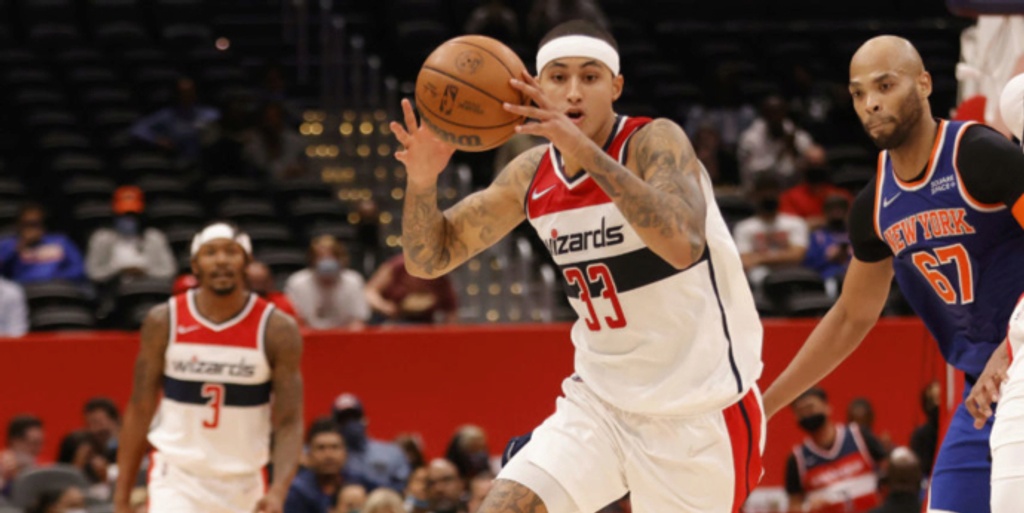 Does Kyle Kuzma have an axe to grind with the Lakers?

Kyle Kuzma played for the Los Angeles Lakers his entire career before getting traded to the Washington Wizards in the Russell Westbrook deal over the offseason. The move was a business decision, but it seems Kuzma took it personally after putting up and deleting an Instagram story in what seemed like shade thrown at the Lakers.

Kuzma admitted he was shocked at the news of his trade, not because of the deal, but because he expected to go elsewhere. Guesting on Gilbert Arenas' podcast “No Chill,” the 26-year-old forward shared his honest feelings on the trade.

“Man, I was kind of shocked because I thought I was going to Sacramento, like the Sacramento deal with Buddy Hield. Like, that sh** was done... But then out of nowhere, it goes ‘You’re going to Washington.’ But I was super hyped, obviously, because it’s like a better situation,” Kuzma said.

Kuzma's name had been in the rumor mill for quite some time — even before the actual trade happened. Kuzma’s decline in production irked some fans who originally felt it was better to keep him over Brandon Ingram; we all know who went to become an All-Star in his first year away from L.A.

Kuzma is close friends with his old Lakers' teammates; LeBron James and Jared Dudley even gave him a send-off celebration. It may seem like everything’s okay between both parties, but the 4-year veteran recently posted something interesting on his Instagram story. He later deleted it, but not without fans taking a screenshot of it first.

Kyle Kuzma with a chip on his shoulder before the season opener… pic.twitter.com/VxF191xyW9

This was most likely all in good fun, but every joke has some truth. Don’t forget the drama surrounding LeBron losing the locker room in his first year with the Lakers, when it became apparent he was pushing to trade all the young players for Anthony Davis. Kuzma was the only guy who survived the Davis trade, only to get shipped out of L.A. for Westbrook this past summer. There are a lot of young guys who may love LeBron the player, but aren’t fans of LeBron the general manager.

What’s next for Kuzma?

The next chapter for Kuz has come in Washington. He should get a lot of minutes with the Wizards, but without the bright lights and the pressure playing for the Lakers brings. Kuzma should fit well with Bradley Beal, who is still searching for his first NBA championship.

In his first game as a Wizard, despite an off night shooting, Kuzma showed he can be the versatile contributor every team needs – 11 points, 15 rebounds and 3 assists with a steal and a block.

Let’s see if he makes the Lakers regret trading him.