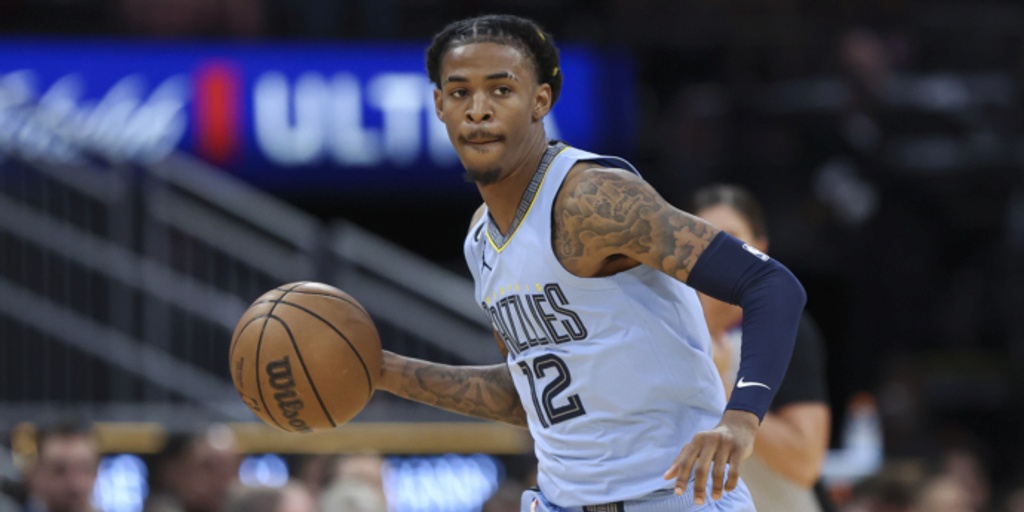 Nearly two weeks into the 2022-23 NBA season, there have been plenty of surprises.

There have been some shockers from a fantasy-basketball standpoint too. To help us break down the early fantasy returns, I reached out to Michael Gallagher of Establish the Run, who’s one of the top fantasy-basketball analysts in the business.

It’s still early, but which players have surprised you so far?

Michael Gallagher: “Ja Morant. There was so much buzz on him improving his jumper to cut out some of the noise, and so far he’s caught fire from the perimeter and from the line. I had a fade on him, and it’s looking quite bad.

“Andrew Wiggins has looked even better than postseason Wiggins. Earlier in his career, he was just a points-only guy, but the championship run of filling up the stat sheet has carried over.

“Jaden McDaniels was a guy I was high on every year, but it just didn’t seem like he could put it together with his constant foul trouble and lack of usage. This year, he went to P3 to work on his jumper, and it’s translated to better shooting numbers.”

Who are some players that should be owned in significantly more leagues?

Gallagher: “It makes no sense that Trey Murphy III is only on 61% of Yahoo rosters. Sure, he’s getting a nice boost from no Brandon Ingram and no Zion Williamson, but the coaching staff and players have been talking him up like crazy. I want to bet on this offense, and Murphy is a cheap way to do that.

“Joshua Primo isn’t on the Spurs anymore, so Josh Richardson is going to find plenty of minutes as long as he’s on the roster (there’s been some buzz about a possible trade). Devin Vassell will return at some point to take the upside case off him, but he should still produce. Keep an eye on Blake Wesley too.

“Deni Avdija had a quiet game on Friday, but he’s expected to pick up some extra ball-handling while Delon Wright (hamstring) is out.”

Are there any players that you are trying to buy-low or sell-high on?

Gallagher: “Evan Mobley is off to a bit of a slow start, but he’s just popped on the defensive end. Coach JB Bickerstaff had mentioned that he’s still in preseason mode after he missed time in the preseason due to an ankle injury, so I would expect him to trend up quickly.

“Jamal Murray is off to an extremely slow start, which is certainly expected given all the time off. ACL injuries aren’t as debilitating these days, and it shouldn’t be too long before he’s starting to trend up.

“Brook Lopez is absolutely rolling to start the year with his 4.0 blocks per game in four games. There’s an outside chance he leads the league in blocks (I have a 150:1 ticket that he does!), but his injury history has been extensive [so he’s a potential sell-high].

“Jonas Valanciunas has also run very hot to start the year, but Zion Williamson’s injury is really boosting him. We saw him lose closing duties earlier this year, and that’ll happen more often as Willie Green gets his options back.”

Who are some players to keep an eye on as this season progresses that could become a decent add down the road?

Gallagher: “Jalen Williams is out after suffering an eye injury in his NBA debut, but the role was so good in the preseason. He played 1-through-4, and we’ve already seen Mark Daigneault go to a small-ball four in Aaron Wiggins. Williams can do it all on the stat sheet, so I would want him on my team ASAP.

“Not enough people are buying Jeremy Sochan. He’s not going to score much, but the Spurs are going to use him as one of their defensive staples. The playing time should be there all year, and they’re even letting him shoot three-pointers.

“Markelle Fultz is still in a boot, but the Magic are getting nothing out of their point guards right now – partly because nobody is healthy at guard, but the fit with Cole Anthony and Jalen Suggs has been weird (although it’s not a big sample, of course).”

What are your thoughts on this rookie class and what they have shown thus far?

Gallagher: “Paolo Banchero is just unfair. He was 2:1 for ROY, and now he’s close to -200. His offensive game is on another level.

“Bennedict Mathurin can score with the best of ‘em. He gets to the basket at will, and the minutes have been climbing. We should see the Pacers thin out their roster, and it won’t be long before coach Rick Carlisle is turning him into the clear No. 2 option behind Tyrese Haliburton. Plus, Haliburton is dropping dimes like crazy to possibly boost him even more.”

Be sure to check out Establish the Run for the most in-depth fantasy analysis.