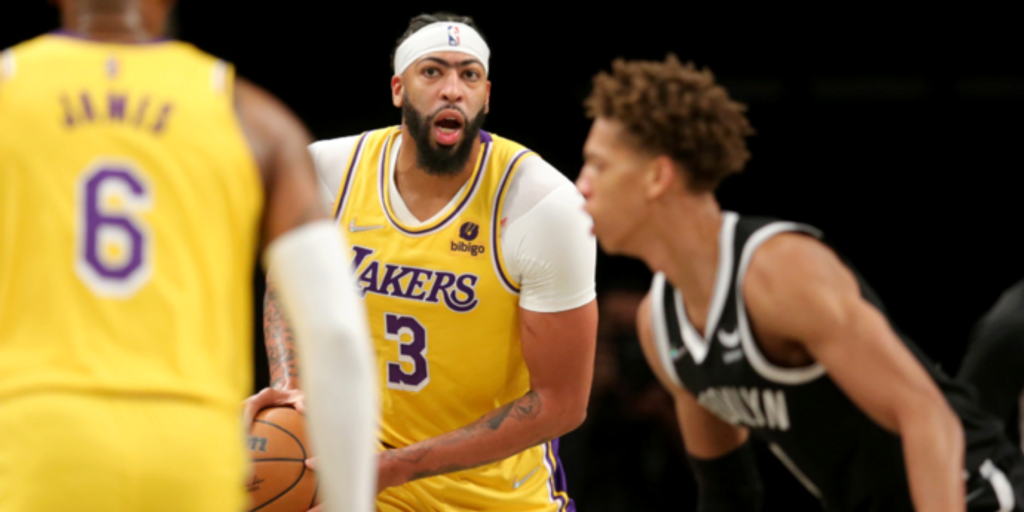 Oh, they're tapping into their Bubble Bag.

That was my initial thought once I caught wind of Anthony Davis' opening bucket against the Brooklyn Nets on Tuesday night. With Davis making his return after missing over a month of basketball, it made sense to try to get him going early. I can't say I expected "opening possession of the game" early, but it certainly wasn't a bad plan.

The possession started with Russell Westbrook bringing the ball up the floor. The possession ended with a LeBron James-Davis pick-and-roll from an empty corner. Neither of those things are special on their own; combined with each other, you actually get a bit of a rarity.

I would like to present an obscure stat, if you don't mind.

Heading into Tuesday's action, there had been 471 instances of Davis setting a screen for LeBron with an empty corner; only 43 of those came after a point guard — we'll say Westbrook, Dennis Schroder, Rajon Rondo and Alex Caruso — brought the ball up the floor first, per Second Spectrum.

A few things about that.

(To the latter point, this kinda signifies the push-and-pull of LeBron usage in the half-court. On one hand, you want to get LeBron off the ball some to take pressure off of him — if not full-blown breathers — at least in an attempt to get him attacking an already-bent defense instead of asking him to do the bending [word to Janet]. On the other hand, do you really want to take LeBron James off the ball too often? He's a human computer!)

As for the actual play, the design was nifty. Let's take a look at it, then dig into why it works.

I can't stress how much I love the setup. Things kick off with LeBron snapping the ball to Westbrook, which is just good fun. More importantly, we get Iverson action to get LeBron stationed on the left side of the floor. 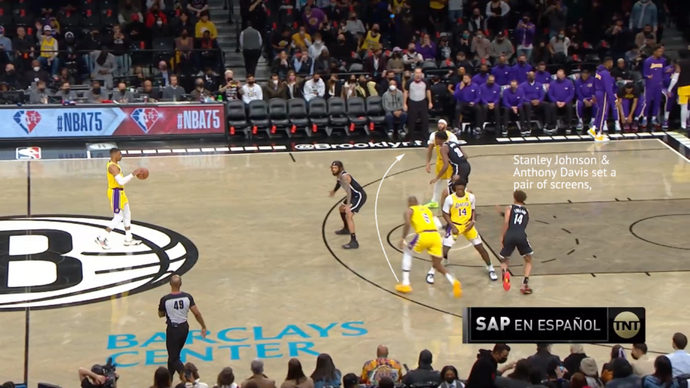 From there we get, depending on your read of this play, either Option 1 of the set (Westbrook-Davis pick-and-roll) or a decoy to set up the juicy stuff. Stanley Johnson is the tell here; he's in position to screen for LeBron, though the real fruit is what that does for James Harden. In theory, Harden has to decide between tracking (read: switching) an off-ball LeBron screen or providing weak-side help if Davis rolls to the basket. 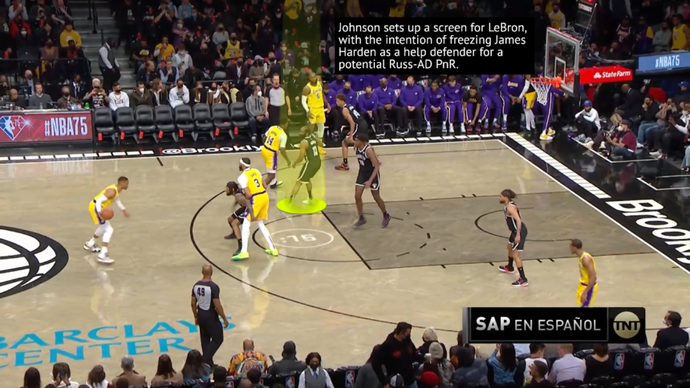 With the Westbrook-Davis pick-and-roll leading to nothing (intentional or not), Stanley Johnson relocates to the right corner. Harden follows — well, kinda — setting up the empty corner ball screen. 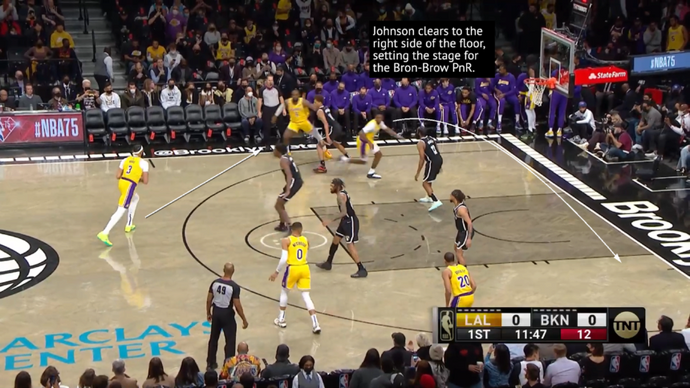 Day'Ron Sharpe is a lot of things — we'll dig into him in the next Rookie Report on The Dunker Spot (subscribe!) — but "strong vertical leaper" is not one of those things. The Lakers (read: LeBron) know that, which makes the setup particularly cruel. You're asking a rookie big with leaping challenges to defend a Davis lob with no help present. You already know how the play ends. 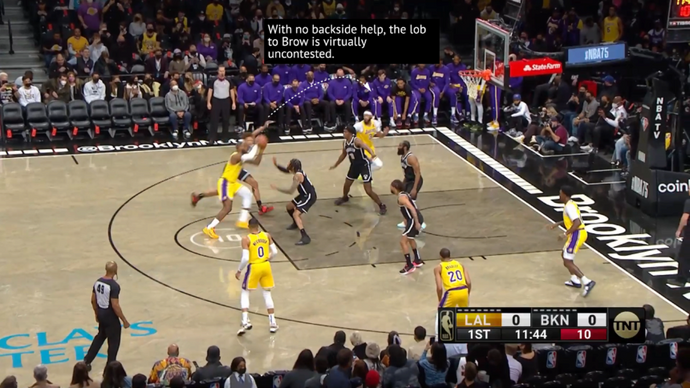 This play took me back to the Bubble, particularly the Lakers' series against the Portland Trail Blazers. They also dabbled in off-ball trickery while setting up an empty corner for LeBron, though they went the HORNS Stagger route.

If you see a player in each corner, and a player stationed at each elbow at the beginning of a possession, you can bet your bottom dollar it's a HORNS alignment. The "stagger" portion is the two screens being set for Kentavious Caldwell-Pope.

The strain is pretty evident. You have to account for the movement shooting threat, while also being in position to load up against LeBron and Davis. That isn't an easy thing to do!

Davis only finished with 8 points (on 8 shots) on Tuesday. As he ramps up, it wouldn't shock me to see the Lakers tap into more of these actions to get him back in rhythm.