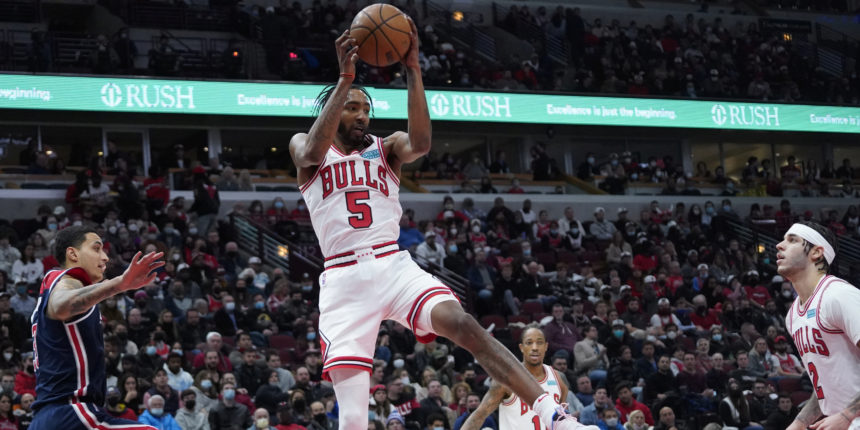 The banged-up Chicago Bulls lost another player to a long-term injury when forward Derrick Jones Jr. broke his right index finger Tuesday while working out at the team's training facility.

Jones, sidelined with a bone bruise since getting hurt Jan. 12 against Brooklyn, is expected back in six to eight weeks. His finger was placed in a splint and he “could potentially return earlier with a protective splint,” the Bulls said in a news release.

The 6-foot-5 Jones is averaging 6.3 points and 3.4 rebounds in 17.2 minutes per game, shooting 58.2% from the field. He has played in 31 games during his first season with the Bulls, making eight starts.

Chicago, one of the top teams in the Eastern Conference, has been beset by injuries lately to guards Lonzo Ball (left knee surgery) and Alex Caruso (right wrist surgery).

Caruso is expected to be re-evaluated in six to eight weeks, the team said Saturday. Chicago had lost six of seven before Zach LaVine and Javonte Green returned from injuries in Monday night's 111-110 victory at Oklahoma City.