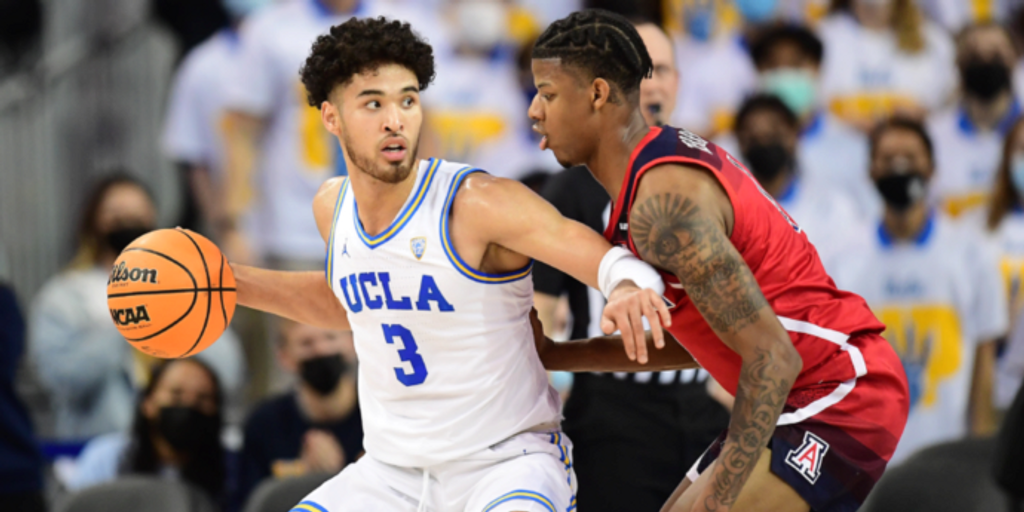 Los Angeles, CA  —  In a near wire-to-wire victory, the UCLA Bruins put together a balanced team effort and beat Arizona, 75-59. The Wildcats suffered their first conference loss behind a poor shooting night as a group, going just 30.7% (23 of 75) from the field and 25% (7 of 28) from behind the arc. Potential top-10 pick Bennedict Mathurin led all players with 16 points.

Johnny Juzang and Jules Bernard led the Bruins (14-2, 6-1 Pac 12) in scoring at 15 points each, with Bernard also posting 7 rebounds, 3 assists and 2 steals in a strong, all-around performance. Juzang continues to make a case for himself as a 2022 NBA Draft pick this summer with his shooting prowess; Tuesday night, he connected on 3 of 5 from deep.

Mathurin, Arizona's star sophomore, had a slow start in this one, scoring only 6 points in the first half as UCLA took a 40-29 lead into the break. The Wildcats' Pelle Larsson hit some tough shots in the first half, but it wasn’t enough to push back on a 12-0 run by the Bruins.

At 12:51 in the second half, Arizona (16-2, 6-1 Pac 12) cut the lead to 7 points at 53-46, but then the UCLA defense tightened up and held them in check the rest of the way. Jaime Jaquez Jr. is not generally known for his defense, but registered 3 blocks in the contest, which had Bruins head coach Mick Cronin commenting: “I haven't seen Jaime jump that high in three years. He had 3 blocked shots, are you kidding me?"

UCLA never gave up the lead in the second half, securing the 16-point win.

The teams will meet again on Feb. 3 in Tucson.