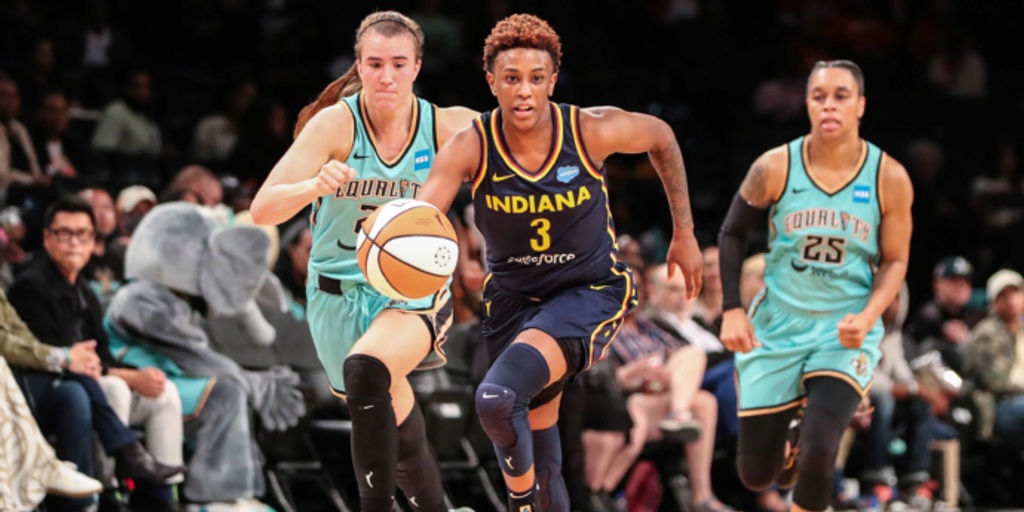 Examining the trade between the Atlanta Dream, Indiana Fever

We've gotten our first official trade of the WNBA offseason!

On Friday, Rachel Galligan of Winsidr reported the Atlanta Dream and Indiana Fever agreed to a player swap. The upstart Dream will be acquiring veteran guard Danielle Robinson, while the Fever will get guard Kristy Wallace in return.

BREAKING: The Atlanta Dream have traded Kristy Wallace to the Indiana Fever in exchange for Danielle Robinson, sources confirm to @Winsidr

Wallace was a bright spot for the Dream, providing shooting (36.8% from three), connectivity against tilted defenses and physicality on the non-glamour end of the floor. If The W had an All-Rookie second team, she would've been in strong consideration for a selection.

Robinson, a former All-Star (2013-15), provided a blend of pull-up shooting and table-setting for the younger-than-anyone Fever last season. She started all but one game she appeared in, but held a lower minute load (23.6) as the Fever opened up playing time for rookie point guard Destanni Henderson.

Despite the lack of star power in this trade, I'm intrigued by the ripple effects, particularly for the Dream. Robinson is not only seven years older (with more than 10 years of W experience than Wallace), she's also slated to make much more ($155K) than Wallace ($64.6K) will this season. Her addition to the roster is interesting considering the presence of Aari McDonald, as well as Erica Wheeler's pending free agency.

To that point, Wheeler let this tweet fly shortly after the trade report came out:

Major respect for T and Dan @AtlantaDream for calling me before today's news! Forever grateful for my ATL family! One of the best ran franchise! 🤞🏾

If Wheeler winds up leaving the Dream, adding Robinson for veteran depth makes some sense. Beyond that, her (higher) salary could be easier to use in a future trade, depending on who the Dream target. For no reason at all, I'll note that Robinson's salary is $14K lower than Wings' forward Allisha Gray. It would be cool if the Dream were, I don't know, listed as a possible trade destination for Gray a few days ago.

For the Fever, this feels like a no-brainer. They can use some help on the wing, and Wallace could provide spacing and secondary attacks for their young core. Ridding themselves of Robinson should free up more playing time for Henderson, who only averaged 16.4 minutes per game on the year.

(Also, Henderson showed fun flashes to close out the year. Her averages – 9.4 points, 4.2 assists in 24.3 minutes – don't pop off the page, but her speed, playmaking and increased willingness to fire from deep should excite the fanbase moving forward.)