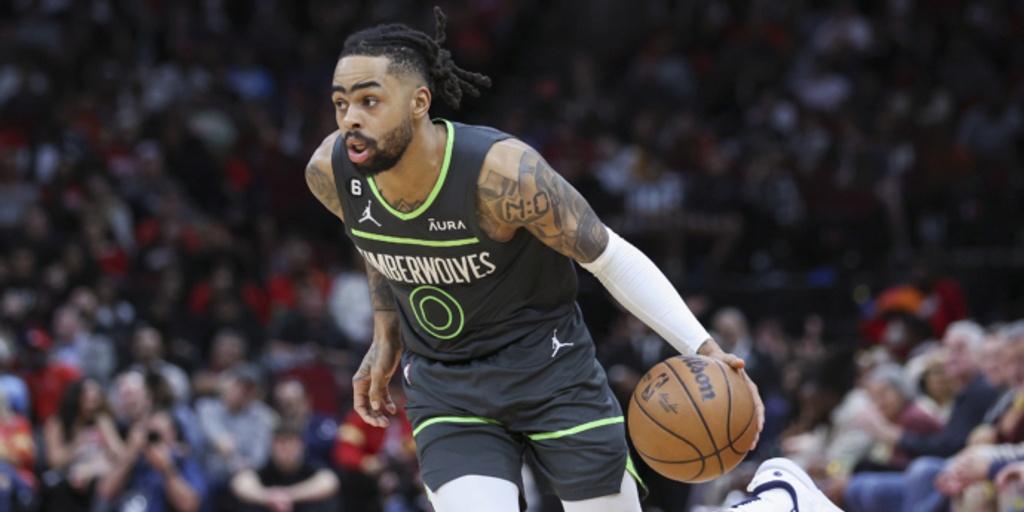 Will the Wolves deal D'Angelo Russell prior to NBA trade deadline?

D'Angelo Russell is no stranger to hearing his name in trade rumors.

The 26-year-old has been dealt three times throughout the course of his seven-year NBA career, and he's aware that he continues to pop up in the rumor mill.

“Yeah, it’s my life,” Russell recently told Jake Fischer of Yahoo Sports. “That’s it. Just be conscious of it.”

It certainly seems like the Minnesota Timberwolves will weigh their options as the Feb. 9 trade deadline approaches, especially since Russell is set to hit unrestricted free agency this offseason.

One team that has reportedly expressed interest in Russell is the Miami Heat, according to Fischer and Darren Wolfson of KTSP.

Wolfson says that the Heat would be open to dealing Kyle Lowry for Russell straight-up, but that he can't see Minnesota agreeing to that. Fischer agrees that a Lowry-for-Russell swap seems unlikely.

Fischer adds that rival executives are monitoring the Phoenix Suns and Los Angeles Clippers as possible landing spots for Russell since they both seem interested in improving their backcourt. This isn't the first time that the Suns have been mentioned as a suitor for Russell, who is close friends with Devin Booker.

However, despite these recent rumors, Wolfson believes that Russell will likely remain with the Wolves through the trade deadline.

"I see Russell here the day after the trade deadline, February 10. Not sure I see him [re-signing] here next year," Wolfson said on his podcast The Scoop. "It just doesn’t seem like there’s much trade scuttlebutt going on right now in terms of actual league interest in Russell."

Russell's $31,377,750 salary certainly makes it tougher for Minnesota to find a trade partner.

"In general, there is little market around the league for point guards making that range of salary," Fischer notes.

The Wolves are in the midst of an up-and-down season, as they are currently 22-22, which is the seventh-best record in the Western Conference.