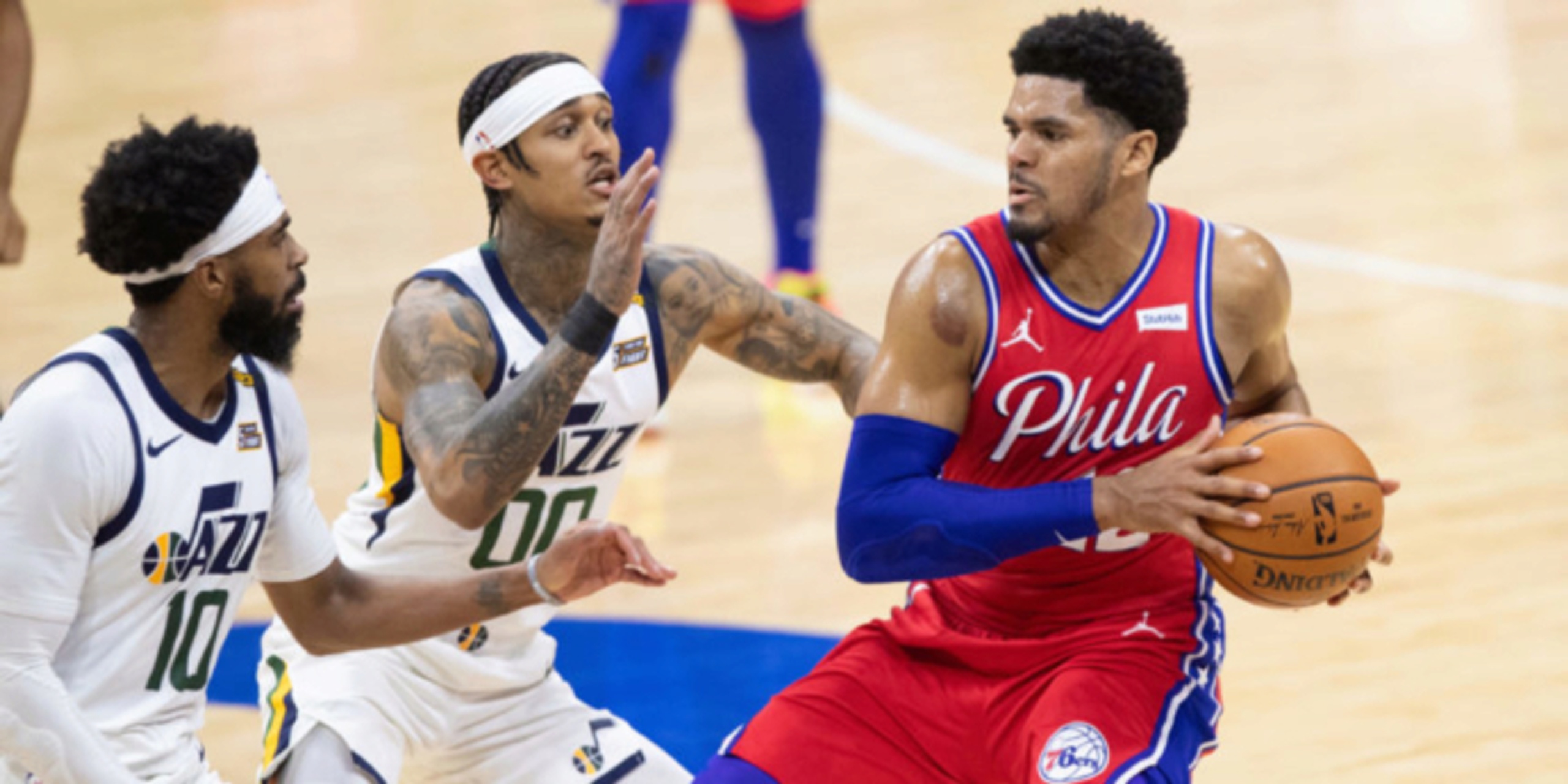 OK, let’s say you are fairly convinced that after what we all saw from the Utah Jazz and Philadelphia 76ers last night, those two teams are destined to meet in the NBA Finals.

The Jazz got a career-high 48 points from Bojan Bogdanovic in a big victory over the Denver Nuggets, and the Sixers got 37 points from Joel Embiid in knocking off the New Orleans Pelicans by two points.

Both teams lead their respective conferences.

If you are that convinced, one company in the legalized U.S. sports gambling market has something for you. PointsBet, an Australia-based company that is one of the larger players in the U.S. market and is affiliated with NBC Sports, is offering “Exact-NBA-Finals-Matchup” wagers.

Utah vs. Brooklyn is +700, and Utah vs. Milwaukee is +1500. For those who believe the Miami Heat are going to pull off the same thing they did last season and will eventually face the Jazz, that price is +6000.

“I suppose we are the only ones because we do our trading in house,” PointsBet spokesman Patrick Eichner said. “Most of the other books have providers i.e. Kambi, Flutter, etc.”

Folks who live in Utah cannot participate unless they cross the border to Colorado, as Utah is one of 24 states that have not yet legalized sports gambling. Ever since the U.S. Supreme Court threw out the Professional and Amateur Sports Protection Act (PASPA), state governments have been allowed to decide whether sports wagering will be legal within their borders. New York recently passed sports gambling legislation that is not expected to be up and running until late this year.

Currently, more wagers are coming in from the state of New Jersey, especially in border towns and cities, than what the entire state of Nevada produces in a single day.

PointsBet draws a lot of business from Pennsylvania and New Jersey, both of which have more than their share of Sixers fans. And with the Sixers leading the East by three games over Milwaukee and Brooklyn (with five games remaining), a No. 1 seed in the East seems assured.

The Sixers’ first-round opponent will be the winner of the third play-in game between the loser of the No. 7 vs. No. 8 game and the winner of the No. 9 vs. No. 10 game. If the standings hold, that would be Boston, Indiana, Washington or Charlotte. Philly is 3-0 against all of those teams except Indiana. The Sixers are 2-0 vs. the Pacers with one game remaining Tuesday.

The only consistency between all of the books is that the Lakers, despite sitting in seventh place in the West, are the top-favored team from that conference.

In other gambling related-news this week, bettors in Illinois, New Jersey, Nevada, Pennsylvania, Indiana, Colorado and Tennessee will be allowed to gamble on the Olympics. Michigan and Iowa allow betting, but only on team events.

“It’s exciting, and we hope other state regulators will give similar approvals,” Jay Croucher, who is Head of Trading for PointsBet, which operates in Illinois and is the official sportsbook of Olympics broadcaster NBC Sports, told Sports Business Daily. “We haven’t had an Olympic Games in an online wagering landscape in the U.S. before, but I think there is going to be immense appeal.

“It is something so new to bettors. It’s on in a relatively quiet period of the sporting calendar. It’s not competing with football or basketball at all, so that will be a big plus. The time zone is a constraint, but key events (such as swimming) will be on in primetime. So, there will definitely be an appetite, and we’re excited to offer it.”

But before the Olympics, we have the NBA Finals, and the longest odds for “Exact Finals Matchup” is Portland vs. Charlotte at +500000.

MORE:
NBA News

Who are the front-runners in the NBA's Coach of the Year race?
'We can't worry': At No. 7 in West, the Lakers may face play-in

Featured News

Why Kevin Durant's attraction to the Suns should come as no surprise
8h
Utah Jazz trade Rudy Gobert to Minnesota Timberwolves for huge haul
13h
2022 NBA Free Agency: Which notable players are still available?
yesterday
What does Jalen Brunson's new contract mean for the New York Knicks?
yesterday
What would a Kevin Durant trade look like?
6 days
NBA trade reaction: Breaking down the 4-player Nuggets-Wizards swap
yesterday
NBA trade reaction: Analyzing Dejounte Murray's fit with the Hawks
2 days
Prospect Plays: How the Rockets can use Jabari Smith Jr.
2 days
Examining potential free-agency destinations for Collin Sexton
3 days
Subscribe to our newsletter
SUBSCRIBE
Follow Us



Basketball News
Home
Podcasts
Scores
Draft
Stats
News
Charts
Contact
Contact Us
Advertise With Us
Terms Of Use
Privacy Policy
Do Not Sell My Personal Information
Cookie Policy
Download Our App!
Stay up-to-date on all things NBA
Copyright © BasketballNews.com 2020. All Rights Reserved.
