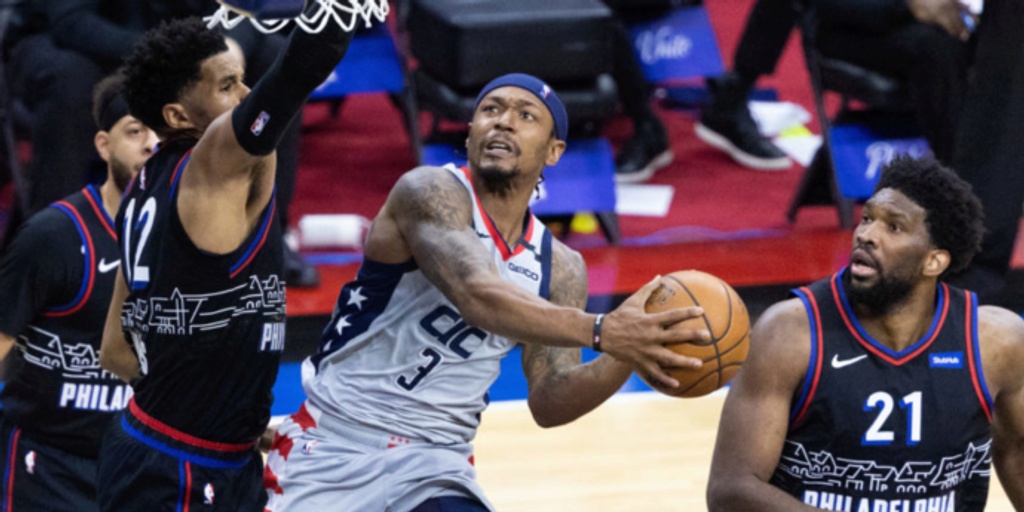 Everything you need to know ahead of Sixers-Wizards Game 2

Game 2 of the Philadelphia 76ers-Washington Wizards series tips off Wednesday night at 7 p.m. Currently, the point spread in this game sits at +/- 8 with the Sixers as the heavy favorite. This is actually the same point spread from Game 1, where the Wizards narrowly covered, losing the game by 7 points with a final score of 125-118.

Can the Wizards take it a step further in Game 2 to move on from covering a spread and actually win the game outright? Keep reading below to see how we think this game will unfold and how BetQL’s NBA model recommends betting the game.

The No. 1 seed Sixers were able to come away with an easy win against the Wizards in Game 1 with an outstanding performance from Tobias Harris, who finished the game with 37 points. The Wizards had no way to stop Harris, as he dominated in the first half and set the tone for this year's playoff campaign for the Sixers. Not to be outdone, Joel Embiid ended with 30 points, including 12 made free throws on the day. The Wizards threw Alex Len, Robin Lopez and Daniel Gafford at Embiid, but none were able to fully shut down the most dominant center in the league. Philadelphia’s two offensive stars led the way in this game, but they did get positive performances from the supporting cast of George Hill, Seth Curry and Danny Green.

On the defensive side of the ball, the Sixers were able to force the Wizards to turn the ball over 15 times. The highlight of Philadelphia's defense was Matisse Thybulle taking on the challenge of stopping Bradley Beal; it may be a futile effort, but Thybulle at least slowed down Bradley Beal, who usually haunts the hopes and dreams of Philly fans when these two teams meet. Thybulle ended with 2 steals and 2 blocks in his 14 minutes of game time, which has Sixers fans and bettors excited.

The negative for the Sixers was obviously Ben Simmons’ offensive performance. Simmons ended the game with 6 total points and went 0-for-6 from the free throw line. Although Simmons has been making strides on the offensive end, this stat line is reminiscent of his rookie season with the Sixers. Philadelphia may not have a tough task in front of them in the Wizards, but if they have their eyes on the Finals, Simmons is going to need to step up his game offensively. Another obvious issue for the Sixers was Joel Embiid’s turnovers. Embiid led the Sixers with five turnovers, which may not be impactful in this series because the Wizards don’t exactly play defense, but limiting the turnovers needs to be a high priority for Philadelphia moving forward. 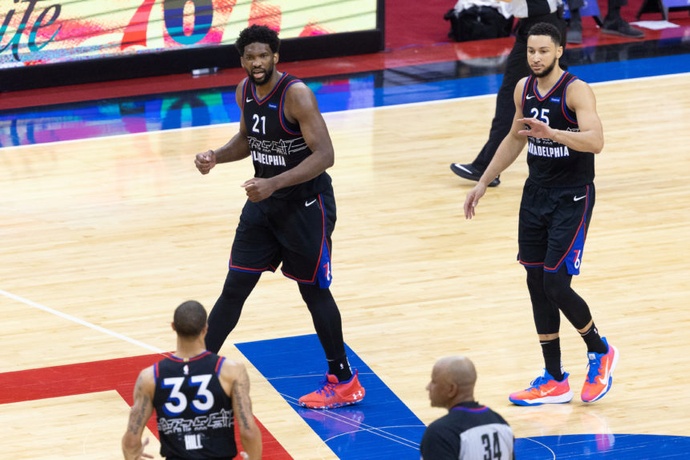 The No. 8 seed Wizards put up a good fight in Game 1, but could not do enough to come away with the win; although, they were able to cover the spread. The Wizards were able to reach the playoffs by pushing their high-powered offense into gear, but they ran into the No. 2 defense in the NBA and had no answer for Harris. Ultimately, the Wizards were in the game for all four quarters, but you could tell they weren’t ever a real threat to win the game.

The positive for the Wizards was that Beal seems to be getting back into form and led the team in scoring with 33 points. Beal has haunted Sixers’ fans in the past and is always able to put up 40-plus points at any moment, so we are anxiously awaiting to see which game will be the moment where one of the best scorers in the league decides to go off. Gafford was also a bright spot for the Wizards, and was able to shoot 6-for-6 and was plus-14 in his limited action. It will be interesting to see if the Wizards start to give Gafford more run after his solid performances in the playoffs so far. The last positive note for the Wizards was Davis Bertans finding his shooting stroke. The "Latvian Laser" was struggling from deep in the play-in games, but shot 50% from three in Game 1. Bertans is such a difficult matchup for most teams that, if he is hitting his shots regularly, the Wizards have a good chance to win the game.

The most glaring negative for the Wizards was that they did not take care of the ball. Beal and Westbrook combined for 12 of their 15 total turnovers. Against Philadelphia you are going to turn the ball over, but you cannot give the ball up that much and expect to win the game. The Wizards had no answer for Harris in the first half, and luckily for Washington, he didn’t take many shots in the second half and deferred to Embiid. The Wizards' frantic pace on offense didn’t come back to bite them in this game, but we wouldn’t be surprised to see the Wizards get blown out in one of these games when their shots aren’t falling.

BetQL’s best bet model has run 10,000 simulations on this game to try and find an edge for betting and you can take a look at all of their computer model picks for the game here.

The model is picking the Wizards +8 with a 2-star rating on this game, so although the model likes the Wizards here, it isn’t overly confident with Washington covering the spread, which makes a lot of sense. The Wizards barely escaped covering Game 1 by one point, and they seemed fairly overmatched throughout the game. On the other hand, the Sixers hate covering big spreads. In every Sixers game, you are bound to see a third-quarter collapse; if -8 Is too much for you, wait until the third quarter to live bet the Sixers.

BetQL’s model is taking Over 230.5 points in this game, and we have to agree. The Wizards play at the fastest pace in the league, and the Sixers seemed more than happy to keep up with that pace. The Sixers also shot the ball poorly from the free-throw line and three-point line in the last game. If the Sixers start to hit more shots, the over will be an easy win.

The prop we have our eye on in this game is Embiid under 30.5 points. It is never too smart to bet the under for Embiid because he can erupt at any moment, but the Wizards have a lot of big bodies to throw at the Sixers center, which will make it difficult for him to take over. The Wizards also showed they have no answer for Harris, so we expect the Sixers to continue to run their offense through him in the first half.