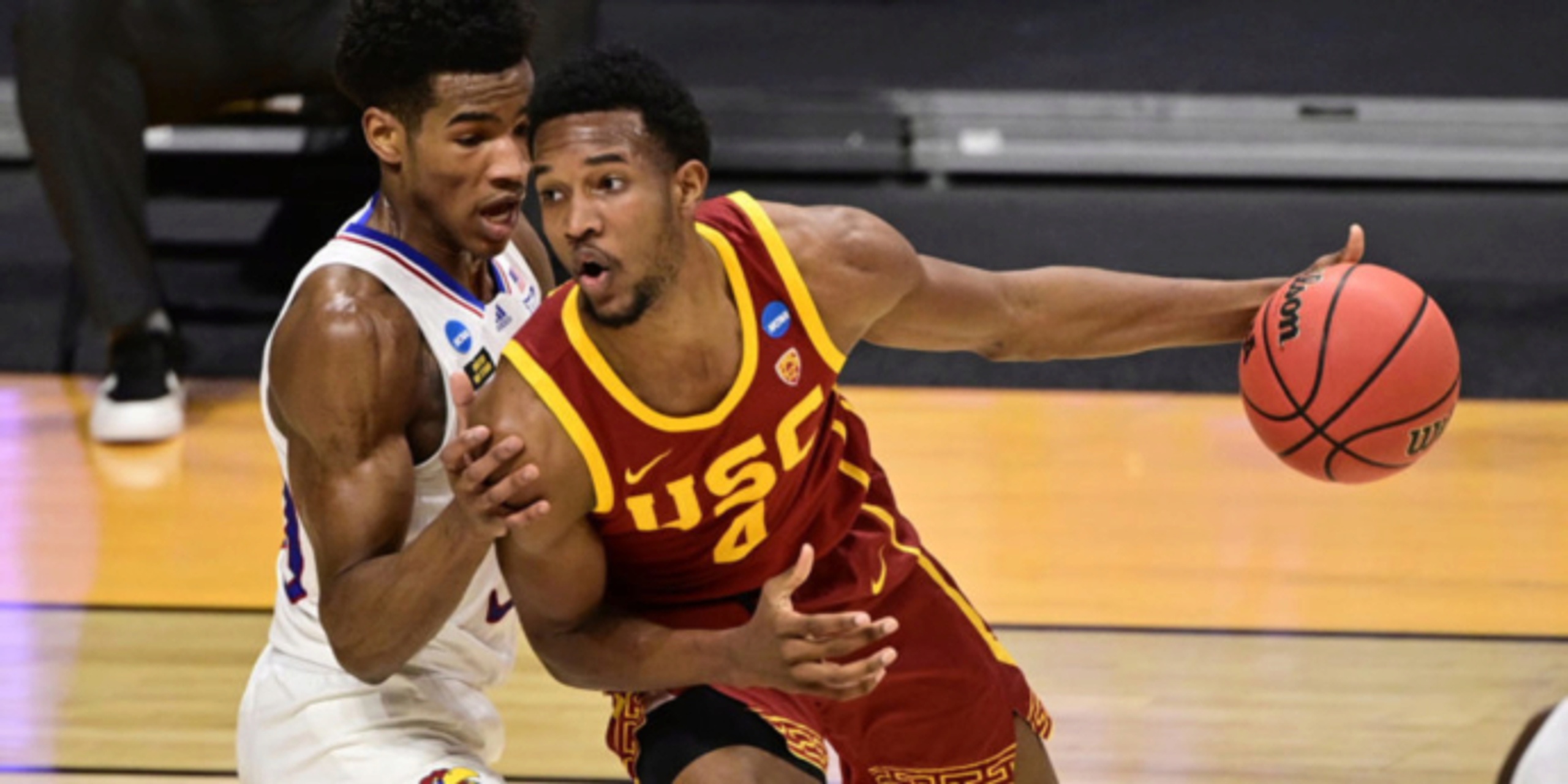 Evan Mobley wants to be an NBA superstar unlike any other

Evan Mobley isn't the loudest player on any given court. The soft-spoken, highly-touted prospect lets his game do the talking -- and his game can do almost everything.

Mobley, a potential top-five pick in this year's NBA Draft, could enter the league as one of the most unique young talents in the NBA. He displays the ball-handling skills of a wing, the versatility of a do-it-all forward and the shot-blocking of a true rim protector. And while he won't boast about it, Mobley quietly believes he can be a transcendent professional player.

"I think I'll be a generational player that no one has really seen before," Mobley told reporters on Friday. "That's what I aspire to be, and I'm just going to keep working and staying in the gym until I get there."

The 7-footer, like any other draft prospect, draws his fair share of NBA player comparisons. And his are dazzling, with Chris Bosh and Anthony Davis among the most frequent stars mentioned.

Mobley wants to simply be himself.

"Everyone's game is different. Everyone plays different, has different tendencies and stuff – that's what makes people different and all their games different. So I wouldn't say I have a perfect comparison to everyone, since my game is my game," he said.

Only Davis has accomplished all three honors in a Power Five conference (doing so in the SEC in 2011-12). Furthermore, there's only one other player in Pac-12 history who took home the Defensive Player of the Year award as a freshman: Gary Payton in 1987.

Mobley put up 16.4 points, 8.7 rebounds and 2.9 blocks per game with the Trojans. The box score is only the first indicator of Mobley's defensive impact. His length, bounce and advanced basketball I.Q. make him a threat to block shots and neutralize opposing matchups.

"I feel like my agility and length and defensive presence are my main things that make me different," he said. "I feel like I can guard almost every position and move my feet very well, as well.

"On the offensive end, I can shoot the ball at a pretty [good] clip and then put it on the floor [and] run the floor as well, really good. So that's some aspects I feel are a little bit different or better than [NBA] bigs."

Even with the groundbreaking year, Mobley thinks he still has new skills to showcase in the NBA.

"I felt like there was a little bit of athleticism that I can show, even more than I did," Mobley says, "because the college game is more compact and everyone's sitting in the paint more. In the league, everything's spaced out 'cause of shooters and the three-point line and stuff, so the lanes will be open more. So that, and then as well, I feel like shooting – I'm going to show more of that in the league."

BasketballNews.com's Senior NBA Draft Analyst Matt Babcock has Mobley penciled in as a top prospect. In Babcock's latest NBA Mock Draft, the Cleveland Cavaliers wind up with the young big man at No. 3 overall.

"Standing 7-feet tall with a 7-foot-4 wingspan while also being a fluid athlete, Evan Mobley utilizes his unique combination of length and mobility to be an elite rim protector," Babcock writes. "He has also shown flashes of being an effective passer and outside shooter. Overall, it’s rare to find players with his size, skill and athleticism, making him a special prospect."

That's the theme with Mobley – a rare blend of physical tools and polished skills. He hopes to make an instant impact with an NBA team that trusts he can continue to grow.

"[I just want] a team that really believes in me, and really believes I could be an impact player right coming into the league," Mobley said. "That would probably be the main aspect: just believing in me and trusting in me, and trying to develop me into a better player."