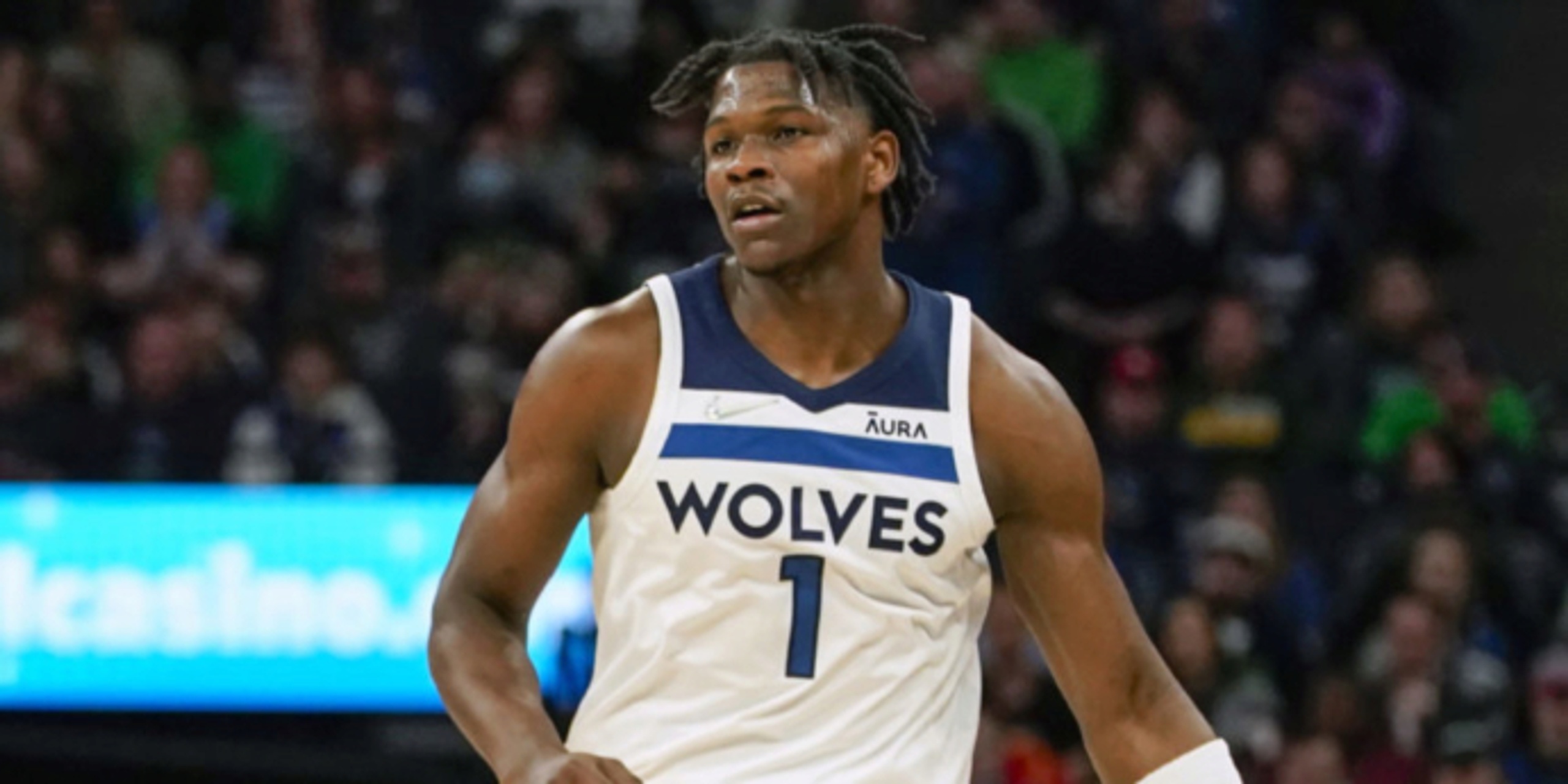 Anthony Edwards and D’Angelo Russell combined for 59 points to help the Minnesota Timberwolves overcome a rough night for Karl-Anthony Towns and beat the Los Angeles Clippers 109-104 in a play-in game on Tuesday night.

Edwards scored 30 points with five 3-pointers and Russell had 29 points and six assists to send the Wolves to the No. 7 seed in the Western Conference and a first-round matchup with Memphis.

Paul George finished with 34 points after shooting 2 for 10 in the first half for the Clippers, who have a second chance to make the playoffs with a home game on Friday for the No. 8 seed against either New Orleans or San Antonio. Reggie Jackson (17 points) and Norman Powell (16 points) did their part in stretches, but the Clippers failed to put the Timberwolves away when they were struggling through the first half.

Towns had only 11 points on 3-for-11 shooting and fouled out midway through the fourth quarter, but his sidekicks were more than up to the challenge.

Jackson’s 3-pointer gave the Clippers their largest lead of the game at 93-83 with 8:54 remaining, but about 4 minutes later Russell knocked down the go-ahead 3-pointer for a 97-95 advantage the Wolves never relinquished. He saluted the crowd for the punctuation. Edwards followed with a tomahawk dunk after blowing by Powell at the top of the key.

The fans were fired up for this fast-paced, fast-improving team that’s headed to the playoffs for the second time in 17 years, but the buzz wore off a bit in the third quarter while George found his groove with a smooth 15 points.

Then Towns fouled out with 7:34 to go, less than 2 minutes after he had just checked back in.

The Clippers have played all season without star Kawhi Leonard while he recovers from a repaired ACL for the injury he suffered in the second round of the playoffs last year, but the recent return of George and Powell from their long-term injuries have helped them come closer to their form of last summer when they reached the Western Conference finals. Powell, in a super-sub role, was a trade-deadline acquisition from Portland.

The Clippers had success disrupting Towns during the regular season when they won three of the four matchups, losing only in January when George was out, and they spared no energy attacking the two-time All-Star center from every which way. Nicolas Batum was his primary tormentor, but most of the Clippers had a hand in it.

Towns failed to make a basket in the first half for the first time in more than three years, an 0-for-7 clunker. His only points came on a pair of free throws, and he flashed a sarcastic smile and pumped his first after getting that call.

The Wolves trailed 45-38 when Towns exited with his fourth foul with 3:48 left before halftime, but there was a delay less than a minute later after a woman from the crowd sneaked onto the court during a dead ball on the other end. Staging an animal rights protest, she glued her hand to the hardwood along the baseline and sprawled out before security was able to pry her away.

The Timberwolves took advantage of the extended pause. Russell hit two mid-range floaters and a 3-pointer over the balance of the half to help stake them to a 53-51 lead at the break.

The most central figure in this matchup might have been Timberwolves guard Patrick Beverley, the relentless defender and ace agitator who spent the last four seasons with the Clippers.

The NBA announced a $25,000 fine for Beverley shortly before tipoff for his “improper conduct” in Minnesota’s last game toward referee David Guthrie, at whom he yelled, “You’re trash!” on his way off the court following his ejection for a second technical foul.

Beverley picked up a technical in the third quarter of this game after tussling with Marcus Morris Sr. Beverley hit an off-balance 3-pointer at the shot-clock buzzer later in the period, but that crowd-pleaser was later erased by replay review because it came a split-second too late.

Timberwolves: Backup forward Taurean Prince was out with a swollen knee.

Clippers: Host the San Antonio-New Orleans winner on Friday night. The Spurs play at the Pelicans on Wednesday night in an elimination game.

Timberwolves: Game 1 in Memphis is on Saturday afternoon.