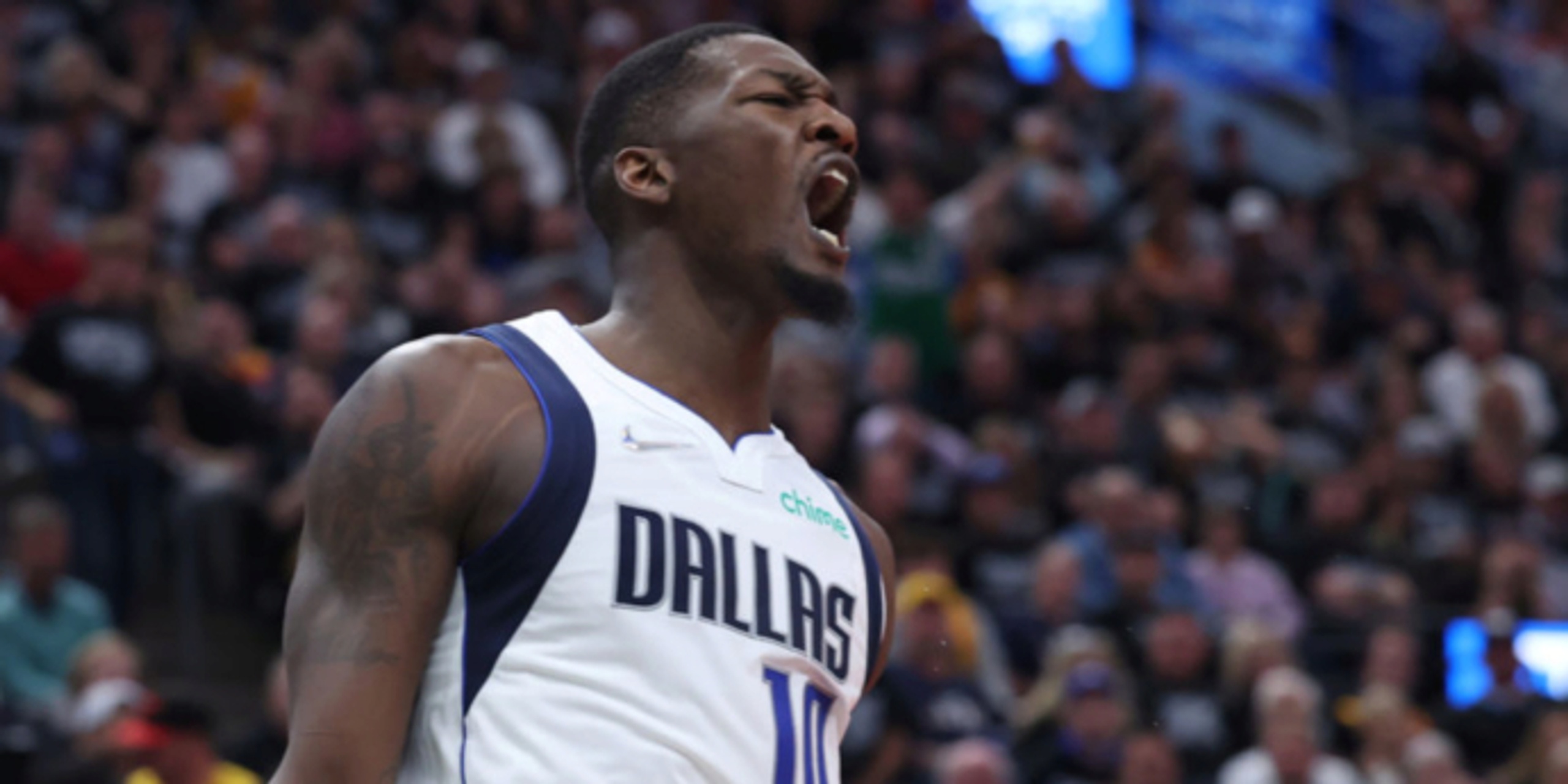 Dorian Finney-Smith Q&A: 'This is the closest Mavs team I've been on'

There are few certainties in life.

When Finney-Smith entered the league six years ago, the Dallas Mavericks wing was told that the corner three is the easiest shot in the NBA and that he’d “make a lot of money" if he could knock it down consistently.

“I was already playing into the corner my rookie year, and once I realized how many corner threes I was going to get, I just worked on it,” Finney-Smith told BasketballNews.com in a one-on-one conversation.

He laughs, as if he's just now realizing that it has become his trademark shot. Then, he shouts out the former teammate who helped his corner three become so deadly.

“Wesley Matthews was a good vet for me. He was always telling me that I needed to get that (corner three) shot down pat if I wanted to be on the court," Finney-Smith said. "And I did!"

He would spend the next few years focused, head down, determined to prove he belonged in the league. He developed into a reliable shooter and perfected the corner three, just as Matthews advised.

This season, Finney-Smith shot 46.1% on corner threes — a huge improvement from his rookie year, when he shot just 26.3% from that spot. During the 2022 NBA Playoffs, he's been even better, knocking down 52.5% of his corner threes.

“I had the confidence that I could shoot. I shot the ball well in college, it just ain’t translated the first couple of years in the NBA,” Finney-Smith said.

He knew there was only one way to get his shot back: stay in the gym and work.

“Repetition builds confidence," Finney-Smith explained. "Also, I think my teammates seeing how hard I worked, it also built confidence in them. The ones who have been here with me throughout this journey — like Maxi [Kleber], Dwight [Powell], Luka [Doncic] — I think they see the work I put in and that also gives them confidence to give the ball to me in late-game situations.

“Guys see the work you put in; they can tell if you've been in the gym or if you been BSing, and I built confidence with those guys, especially Luka, to pass me the ball in those clutch situations. They have trust in me, even when I miss it.”

Finney-Smith also earned the trust of Dallas' front office. After playing his best basketball and helping the Mavs win a lot of games (in the regular season and now in the playoffs), Finney-Smith is getting the recognition he deserves. The undrafted baller from Portsmouth, Virginia, was also rewarded with the biggest payday of his career.

In early February — six years after signing a non-guaranteed contract with the Mavs — Doe-Doe (as he is affectionately called) signed a four-year contract extension worth a reported $55 million. After earning $4,000,000 this season, he'll reportedly be paid $12,402,000 next year.

He has played his way into a starting role and into the hearts of MFFL’s, becoming one of the fan favorites. Finney-Smith has established himself as an integral piece of the Mavs' future after averaging a career-high 11.0 points along with 4.7 rebounds, 2.2 threes, 1.9 assists and 1.1 steals (while shooting 47.1% from the field and 39.5% from three-point range).

During the postseason, he has elevated his game to a higher level. In Game 4 of the Western Conference Semifinals against the Phoenix Suns, Finney-Smith finished with a playoff-career-best 24 points (on 8-12 shooting from three) and 8 rebounds. He became just the third player in Dallas' franchise history to make at least 8 three-pointers in game, joining Maxi Kleber (8 threes against the Utah Jazz on April 18, 2022) and Jason Terry (9 threes against the Los Angeles Lakers on May 8, 2011 — exactly 11 years to the day).

On Tuesday night, with the Mavs down 0-3 to the Golden State Warriors in the Western Conference Finals, he helped lead Dallas to victory with 23 points, 6 rebounds, 4 threes and 2 assists while shooting 69.2% from the field and 57.1% from three.

The underrated 3-and-D specialist opened up to BasketballNews.com about this Mavs team, his happy place, his experience going undrafted, what talent he wishes he had and much more.

In your own words, how did the Mavs get here — to the Western Conference Finals?

Dorian Finney-Smith: "Just by staying together. Early in the year, we weren’t shooting the ball as well as we wanted to. I feel like we just stuck with it. We didn’t blame nobody else; we looked inward and we took accountability as a team. And shout out to the coaches: J-Kidd, he did a good job of making us hold each other accountable. All those close games that we were in the last couple of years, I feel like this year we made that step — finishing the game the right way."

After going undrafted, what allowed you to keep going mentally? And who's been in your corner?

Finney-Smith: "I have a big family. [The answer is] them. My kid’s mom (Jasmine). 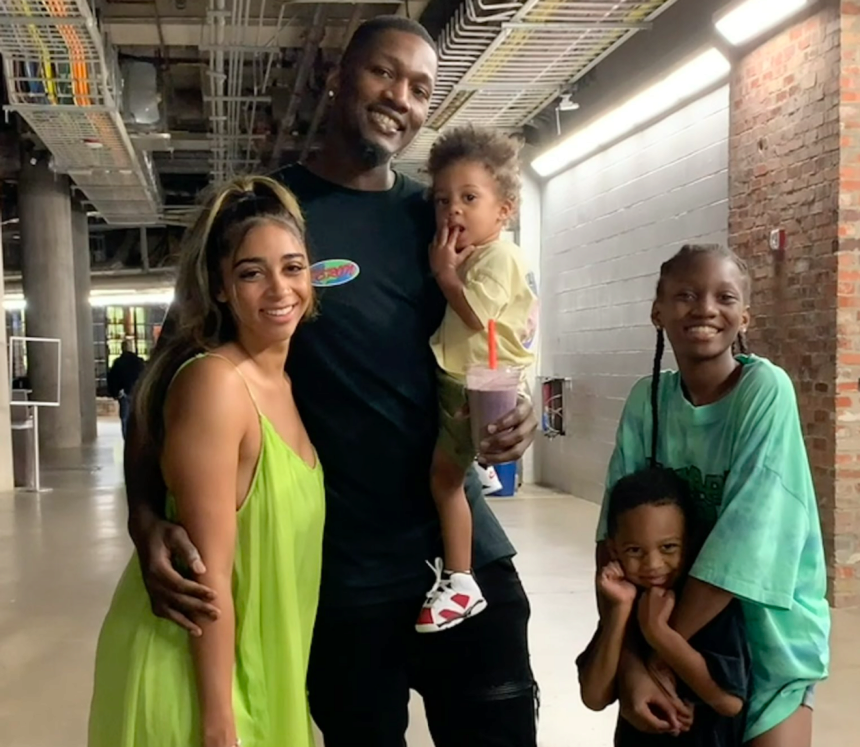 Did you ever think that playing in the NBA wasn’t going to happen for you? Did you ever get down on yourself?

Finney-Smith: "Nah. Nah. Hell nah. I never got down. I was a little mad I didn't get what I wanted on my first deal. I played a whole lot, then I started… just me being… At times, it was a little frustrating just because I’m human."

Who are you closest to on the team?

Finney-Smith: "Trey Burke, Reggie [Bullock]. Actually, we all pretty much hang out together. We are a close-knit team; even Luka comes and kicks it with us. This is probably the closest Mavs team I've been on. When I first got here, I had an older team: Devin Harris, JJ [Barea], Dirk [Nowitzki]."

What is your idea of perfect happiness?

Finney-Smith: "Quiet. Or with the kids playing around. When I am not on the court, I am quiet."

What living person do you admire most?

Finney-Smith: "My mom because of her resiliency, and how she never let what she was going through show."

If you could change one thing about yourself, what would it be?

Finney-Smith: "I don’t know. God gave me everything I got for a reason, so nothing."

What drives you? What’s your motivation?

Finney-Smith: "I would say fear of failure. Coming from where I came from, a small city, I always grew up around a whole bunch of 'I used to be' or 'what I could have done' stuff like that, so I am just trying to make the most of my opportunity because I know a lot of people may never get this opportunity or the chance to even get this opportunity."

Who is your favorite WNBA team and player?

Finney-Smith: "The (Dallas) Wings. Elizabeth Williams (of the Washington Mystics) is my favorite player. She is from Virgina; we both came out together in high school. She’s a Virginia girl."

Who or what is the greatest love(s) of your life?

Finney-Smith: "My kids or my mom."

If you died and could come back as anything or anyone, what would it be and why?

Finney-Smith: "A lion. 'Lion King' is my favorite movie, and I love lions."

If you enjoyed this piece, be sure to check out Dorothy J. Gentry's exclusive interview with Dallas Mavericks wing Reggie Bullock as well.