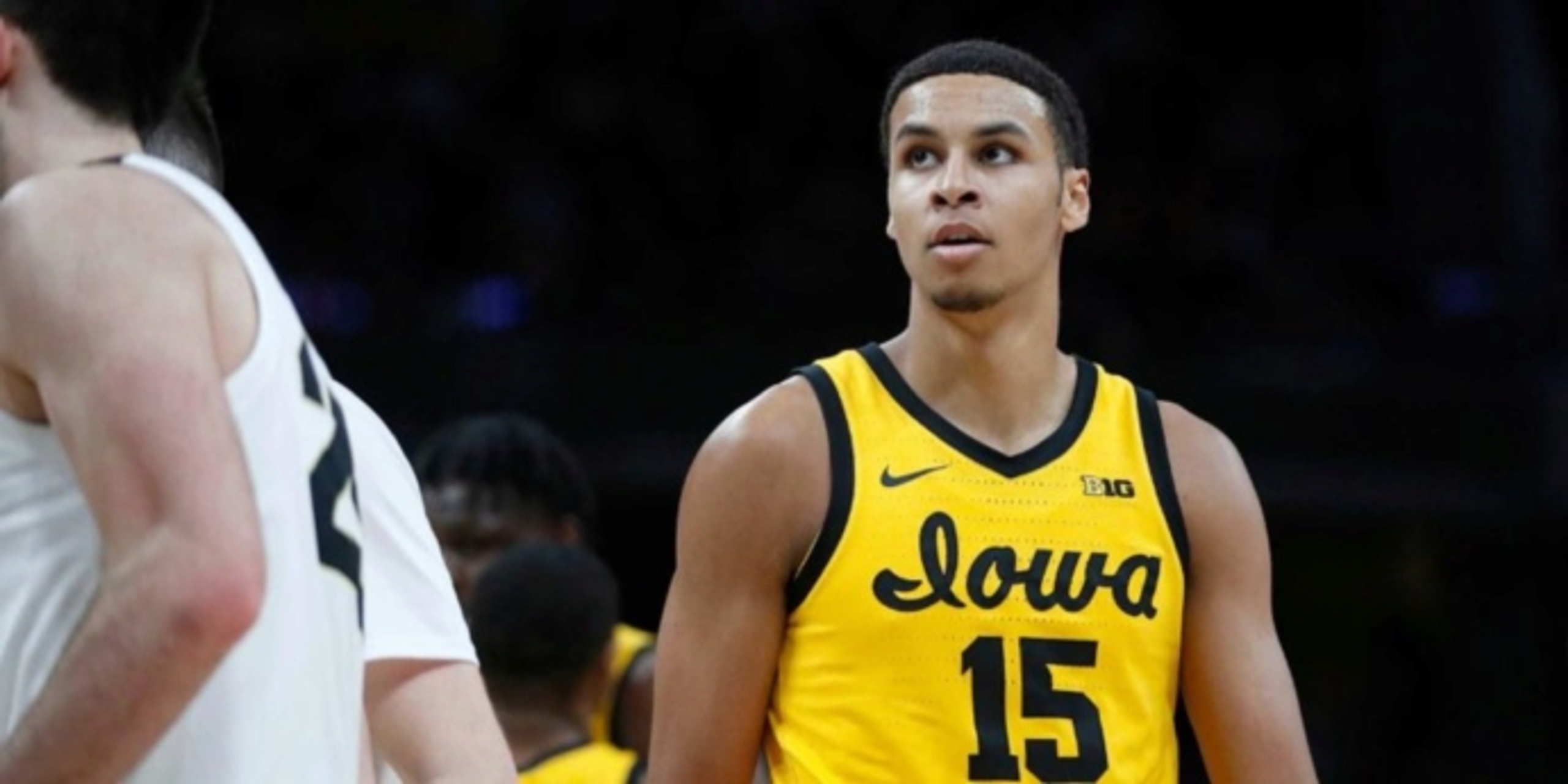 Keegan Murray enters the 2022 NBA Draft as one of the most proven pro-ready prospects available. During a breakout sophomore campaign for the Iowa Hawkeyes, Murray averaged 23.5 points, 8.7 rebounds, 1.5 assists, 1.3 steals and 1.9 blocks per game on an excellent 63.8% True Shooting percentage.

There are not many holes in Murray’s game, but there are plenty of questions revolving around his age. After attending prep school following high school graduation, Murray will be a 22-year-old rookie when he enters the league. Is Murray’s ceiling truly star-level or just a sturdy, reliable starting piece you can rely upon for years to come?

When Murray spoke to the media during the NBA Draft Combine in Chicago, he noted why those doubts are off base.

Murray was a true late bloomer because of his physical stature and lack of attention from Division I colleges. Murray received one offer on that level alongside multiple D-II scholarships. Deciding to go the prep school route to boost his collegiate stock more, Murray shined and eventually landed a roster spot with Iowa.

The first year for Murray in the Hawkeyes’ program was spent learning from Luka Garza, one of the most impactful college players in 2020-21. Being able to soak up knowledge from an upperclassmen like Garza helped make Murray’s transition into the No. 1 offensive role go much smoother.

“He’s been one of the guys I talk to the most just because I played with him for a year,” Murray said of Garza. “He’s on a two-way contract (with the Detroit Pistons). He’s gotten the best of both worlds. Yeah, he’s been a key influence on me being back in Iowa City a little bit, just texting, communicating with him see what he’s going through.”

Last season was the first time Murray was depended upon in a high-usage role. He’s just scratching the surface of what his potential could be as a scoring wing who can hold his own on the other end of the court as well.

“If you’re comparing me on age, not what I do on the court, then maybe that’s another conversation,” Murray said. “For me, it’s whatever I do on the court. Age is something I can’t control.”

Whatever franchise Murray is drafted to next month will be receiving a reliable long-term cornerstone. Murray’s two-way versatility makes him a coveted asset, which is why there’s no doubt he will be an early lottery pick.

At 6-foot-8 with a 6-foot-11 wingspan, Keegan Murray has a high motor and does a lot of the “little things'' that contribute to winning, and he is a terrific defender. Murray also scored 23.5 points per game this season. In addition, his ability to attack close-outs and score from multiple levels have allowed him to carry a greater offensive load. Murray was a candidate for National Player of the Year and has played himself into top-10 consideration in the 2022 NBA Draft.

(It sure is fun to envision Murray playing in Rick Carlisle’s system alongside a young core consisting of Tyrese Haliburton, Chris Duarte and Isaiah Jackson.)

The lighthearted, calm-natured presence of Murray exudes from him. He’s never pressing in crunch-time situations. Seemingly always making the right reads on the basketball court, Murray’s floor will be one where he feels destined to be around in the NBA for the next decade-plus. Only a few years prior, the NBA was an unimaginable thought for Murray.

“If you told me three years from now I’d be in this position, I would kinda smirk at you and laugh, but I’m just honored and grateful,” Murray said.

There aren't many prospects who check every box from an and off-court perspective. Murray does exactly that, which is why he’ll be so highly coveted. Look at the impact he’s presented across a large sample size, and just imagine him within NBA pace-and-space systems.

If there’s one player to bet on as a hit as a reliable professional basketball player, it’s most definitely Keegan Murray. Don’t try to poke imaginary holes just because of his age.