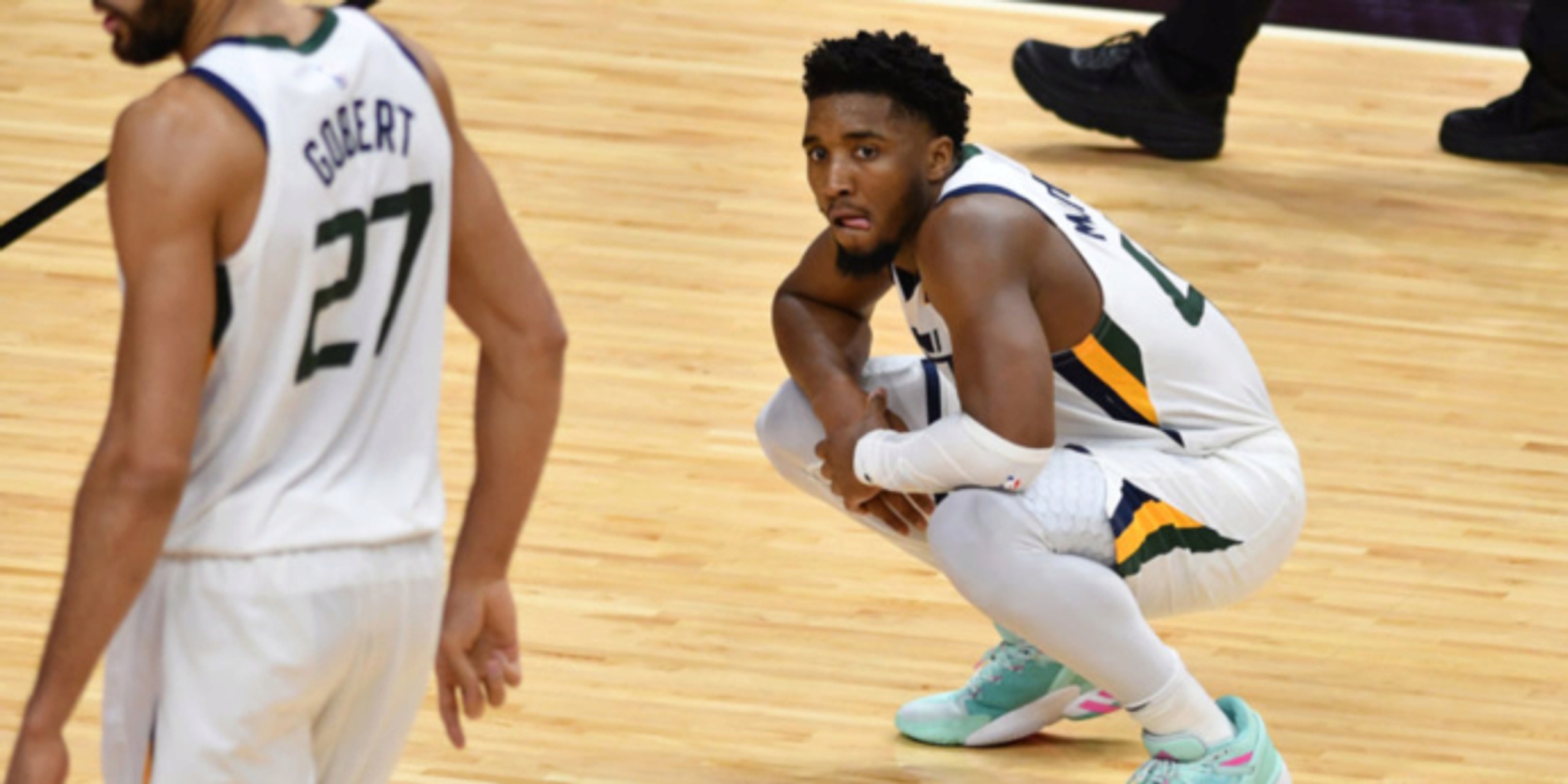 Donovan Mitchell and Rudy Gobert both blasted the way the Jazz are officiated after losing to the Sixers in OT, saying the Jazz are treated differently as a small market team compared to more glamorous opponents.

ANALYSIS: Mitchell, who was ejected during the final minutes of Utah's second-straight loss, went on a lengthy rant during the post-game presser. Here is the full transcript:

"First off, you know, give the 76ers credit. They played a hard game. Joel [Embiid] did what he does, and at the end of the day, they're a good team. We competed. But it's tough. It's tough to go out there and see how we fight and compete, and to have a game like that taken from us.

"We won this game, in my personal opinion. You know? But like I said, I'm going to give them credit. They won. Whatever. Cool. But it's been a consistent thing, and the question is, 'Can we do it? Can we sustain it? Are we for real No. 1? And, yeah the hell we are. And it's getting f---ing ridiculous, that this is what is happening.

All-Star big man Rudy Gobert backed Mitchell's comments, saying: "Our guys are not able to get calls everybody else in the f---ing league gets. We know we are the Utah Jazz, and maybe some people don't want to see us go as far as we can go, but it's disappointing.

"Three times in a row, Mike Conley is going to the rim, and they're grabbing him right in front of the officials and there's no calls. And, on the other end, there are calls that are invisible that are being made.

The Jazz will head into the All-Star Break with the league's best record at 27-9.