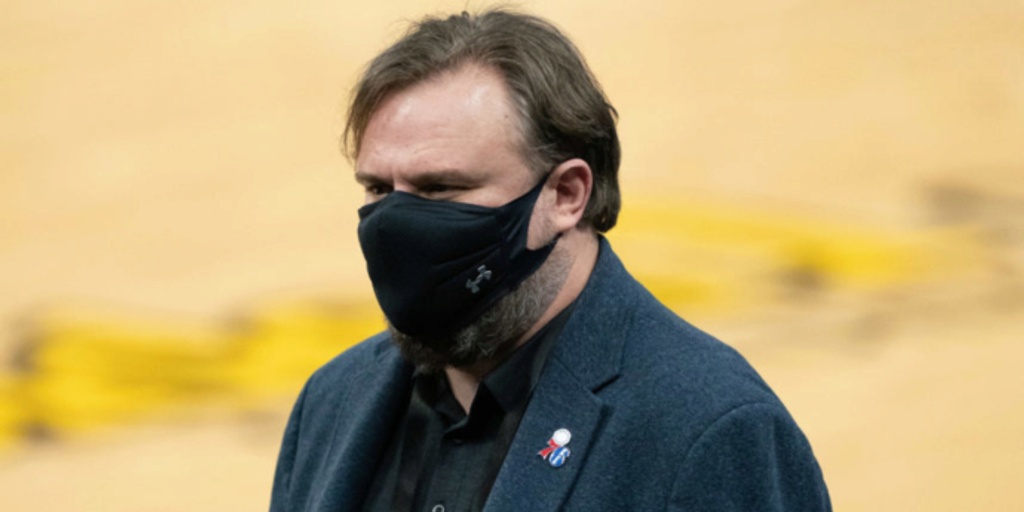 Daryl Morey on pressure to trade Ben Simmons: 'Buckle in'

Daryl Morey has stated that he will not give in to pressure to trade Ben Simmons. In a Philadelphia radio interview, he went as far as to say, "People should buckle in, this is going to go a long time," that it "could take four years", and that they will only trade Simmons for a difference maker.

ANALYSIS: While many have thought Daryl Morey may change his tune on holding onto Simmons in light of the recent controversies as practice, he has no plans to move him until he finds what he deems a fair offer.

It is an understandable position to have by Morey--Simmons is a three-time All-Star, but holding out on moving him could affect the Sixers' locker room.

Morey doubling down on not trading Simmons for role players: “People should buckle in, this is going to go a long time…if we can trade Ben Simmons for a difference maker, we will do it”

Morey: “You’re going to think I’m kidding, I’m not, this could take four years…we’re in the prime of Joel’s career…this is not a day to day [issue}]. Every day, we are going to expect Ben Simmons to be back here, or we trade him for a difference maker.”