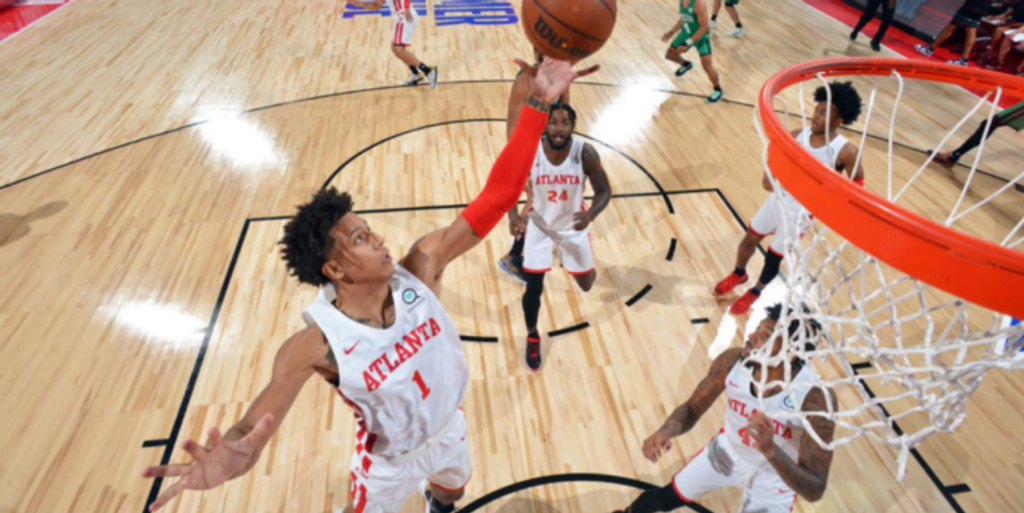 Did the Atlanta Hawks strike draft-night gold with Jalen Johnson?

In each year’s draft, there always seems to be a few guys who generate the common narrative of: “He has big-time talent BUT…” Unfortunately, I think Jalen Johnson was the poster child for that concept in the recent 2021 NBA Draft.

After parting ways with IMG Academy during his senior year in high school, and then prematurely leaving Duke midway through his freshman season, rumors of “bad intel” circulated among NBA circles, seemingly taking on a life of their own.

Questions arose about Johnson’s reliability as a player, and he was generally labeled a “high-risk, high-reward” prospect.

From an on-court-scouting perspective, I never wavered on my opinions of Johnson’s talent. I first saw him play at the Nike Basketball Academy in 2018. From that point on, I was pretty certain that he was going to be a high-profile NBA prospect. He was big, athletic, and versatile. I was extremely impressed.

Fast forward a few years to the beginning of this past season, and at that point, I had seen Johnson play in multiple games and events, so I knew him pretty well before his freshman campaign at Duke even began. He had grown and filled out quite a bit since the first time I had seen him, which led me to shift my categorization of him from a point forward who should be used primarily as a wing to more of a versatile big and modern-day four who still possesses point-forward skills.

Due to my previous evaluations of Johnson, we had him slotted as a top-10 pick from the get-go when we launched our first big board of the year. Even though Johnson had an up-and-down season that was cut short at Duke, he had enough opportunities to show flashes of his significant upside.

Although we were aware of the possibility of him slipping, we decided to keep Johnson in the lottery. We didn’t move him back in our mock draft until a couple weeks before the actual NBA Draft, when we shifted our strategy to reflect what we thought teams would do with their picks rather than leaning more heavily on our personal opinions and evaluations.

Prior to draft night, we had Johnson projected to be selected No. 21 by the New York Knicks. He was selected No. 20 by the Atlanta Hawks.

In Jalen Johnson’s Summer-League debut for the Hawks on Sunday, he scored 20 points (on 8-of-12 shooting), grabbed 10 rebounds and displayed all of the things I liked about him all along, including his unique versatility and physical tools. He looked like an absolute gem.

Despite slipping to the 20th pick in the 2021 NBA Draft, Jalen Johnson looked like a high lottery pick in his Summer League debut for the Atlanta Hawks on Sunday night, scoring 20 points and grabbing 10 rebounds.

Did the Hawks get a draft-night steal? pic.twitter.com/1JDkf52UhD

I’m left asking myself, “Were the concerns about Johnson blown out of proportion? And even if they were valid, he is only 19 years old. Can this kid figure things out?”

I’m not sure of the answers to those questions just yet, but I am sure of one thing: if Johnson is able to become a reliable player and maximize his potential, the Atlanta Hawks will end up with an absolute draft-night steal.