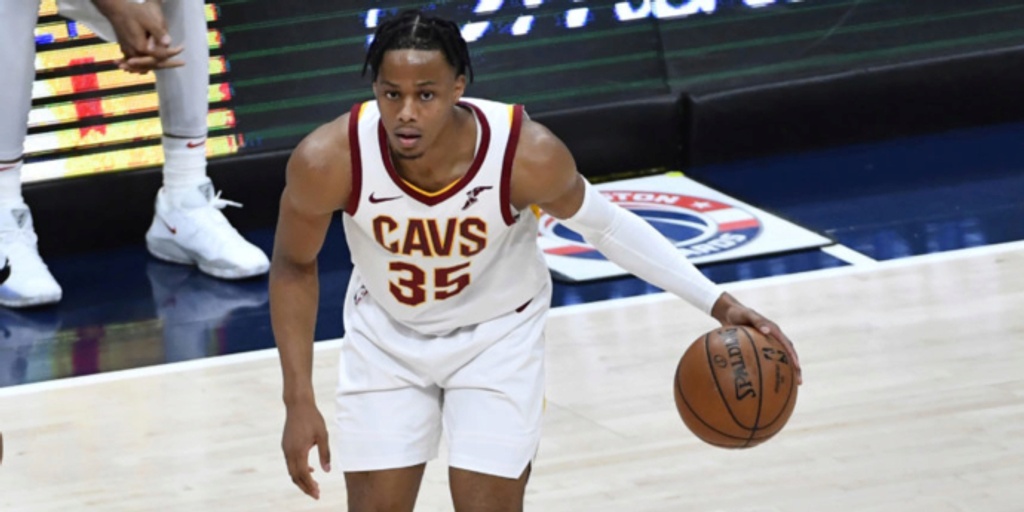 NBA Summer League is an excellent opportunity for young players to get their feet wet. It’s a change of pace from amateur to pro, an introduction to the next level that prepares the young and inexperienced for the real grind when training camps start in late September.

For the 2020 NBA Draft class, however, it is making up for lost time. None of these players had the chance to go through this process last season due to the event’s cancellation, meaning that they too, like the rookies, are getting their first taste of summer league action in Las Vegas.

Cleveland Cavaliers swingman Isaac Okoro is certainly using this time to his advantage.

“The game just kinda slowed down for me, for [Lamar Stevens] since we’ve been through it — the experience of going through the NBA with a lot of games and a lot of minutes,” Okoro said following his first contest. “The game kinda slowed down; I was able to see reads I wasn’t able to see last year or two years ago."

“Threw ‘em in the fire,” Cavs summer league head coach J.J. Outlaw said of the quick transition of the 2020 class last year. “I think [summer league] is an opportunity and a chance for [Isaac and Lamar] to do something a little bit different — expand their games and put into action some of the things that they’ve been working on in the season.”

As a source told BasketballNews.com a couple of months ago, Cleveland is going to put the ball in Okoro’s hands for the small amount of games he’ll play for the team in Vegas. He got his first chance at doing that on Sunday afternoon, registering 17 points and picking up a pair of assists while turning the ball over three times.

“I feel like I made the right reads during this game,” Okoro said. “I feel like I got better at it. I’m looking to improve next game on that, but I just feel like we gotta move the ball more and just be more competitive on the offensive side. I love doing it. I’ve always done it [in] my past years, but I’ve never really did it in a [NBA] game. So right now, I’m really trying to show it through the actions that I can handle the ball and play-make.”

Okoro isn’t used to this. With the likes of Collin Sexton and Darius Garland commandeering Cleveland’s attack, he has oftentimes been on the floor for his defensive prowess instead of his contributions as a scorer and facilitator. That takes some adjusting to, admittedly, for the second-year wing.

“It definitely changed my role,” Okoro said. “Last year, I was more of a guy just playing from the corners, cutting backdoor and things like that. But now I’m starting to be able to have the ball in my hands, play with my teammates and also score off pick-and-rolls.”

Only a 29% shooter from long-distance a season ago, Okoro revealed that he’s been focusing on his hand placement on the ball as a shooter, and is hoping to find a way to put a higher arc on those shots.

Having finished the season strong with his most encouraging offensive showing to close the season in May — 16.6 points, 4.3 rebounds and 3.0 assists per contest — Okoro is going to make the most of his time at summer league to add to his arsenal.

“It was fun out there, honestly,” Okoro said. “I mean, I was just enjoying my time out there [with it] being my first one, just taking in the moment, trying to lead the team and just being the communicator.”

“There's really no pressure in summer league,” Outlaw said. “It’s all about growth and opportunity. For them, we’re looking forward to seeing how they do and, ultimately, how this takes them into training camp.”