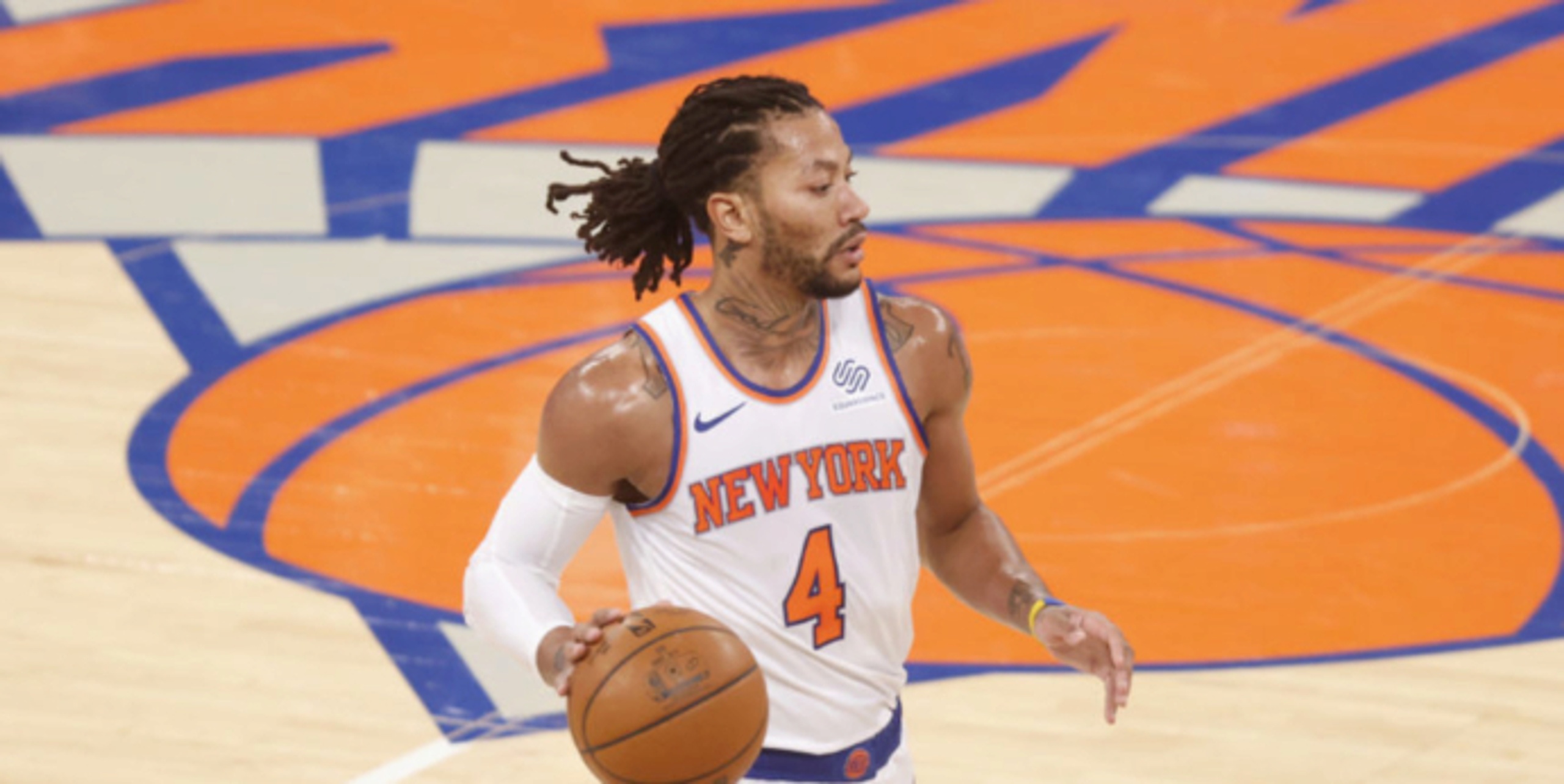 Derrick Rose out due to NBA's Health and Safety Protocols

The New York Knicks are in unfamiliar territory as they've climbed above the .500 mark this late in the season for the first time since the 2012-13 campaign. But now they could be facing a bit of adversity as guard Derrick Rose will be on the shelf due to the NBA's Health and Safety Protocol.

Derrick Rose (health and safety protocols) is out for tonight’s game at San Antonio.

Rose will be missing Tuesday night's game in San Antonion, if not more time due to this. Since being traded to the Knicks last month, Rose has played in 10 games, averaging 12.5 points per contest.