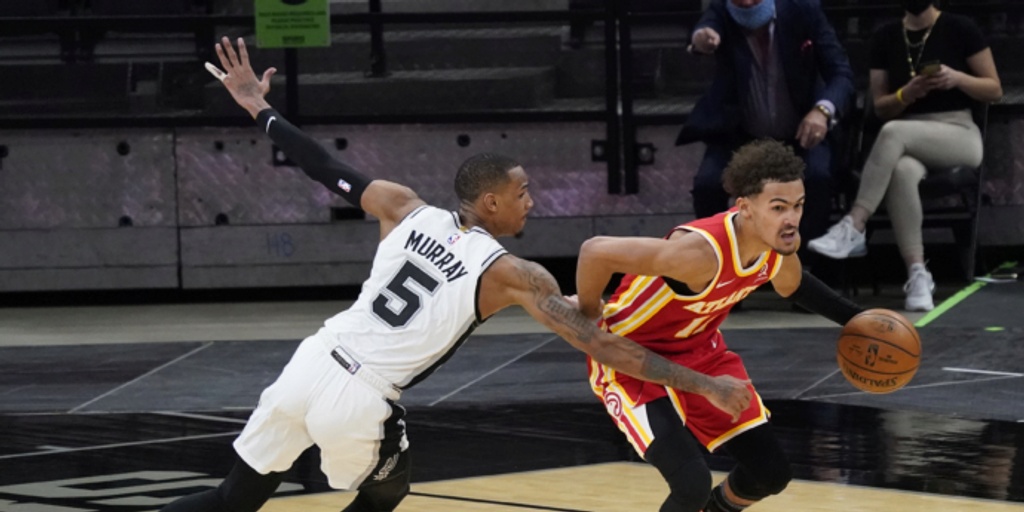 Dejounte Murray and Trae Young want to play together

According to Bleacher Report's Jake Fischer on Please Don't Aggregate This, San Antonio Spurs star Dejounte Murray has a strong interest in joining Trae Young on the Atlanta Hawks:

"I know that Dejounte and Trae want to play together, or at least have interest in doing it," Fischer said.

Well, this makes these proposed talks between San Antonio and Atlanta even more interestings. Fischer also mentioned that the Spurs would only be willing to deal Murray for at least three future first-round picks, a package similar to what the New Orleans Pelicans received from the Milwaukee Bucks for Jrue Holiday.

Stay tuned to the Murray rumors, because this seems to be picking up steam behind the scenes.