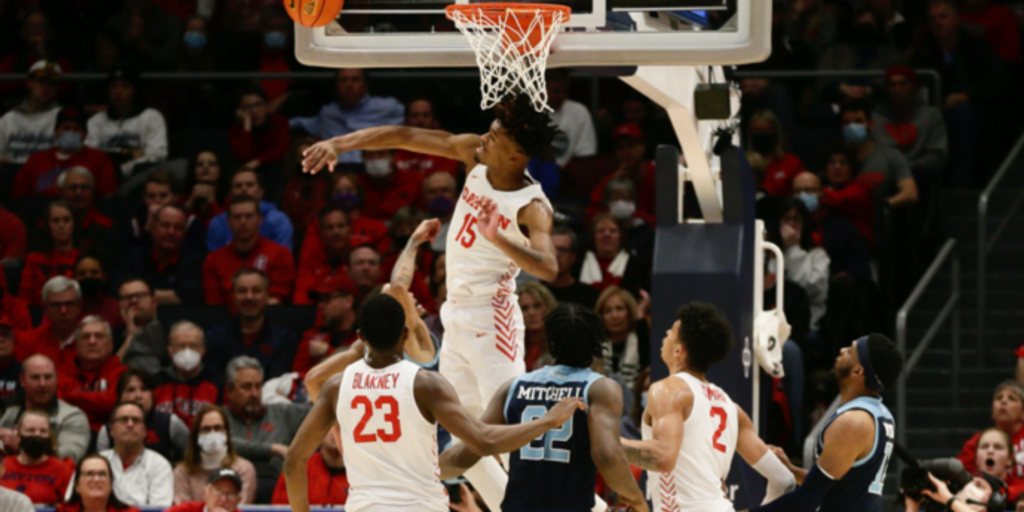 Dayton defeats Rhode Island in a close one, 53-51

Dayton, OH  —  In a game that came down to the final minute, the Flyers held on after a late surge by Rhode Island to win 53-51.

Dayton took a 29-25 lead into halftime behind Camara. The Georgia transfer had 14 points on 5 of 7 from the floor, leading all scorers. Makhi Mitchell led the Rams with 6 points.

Freshman Kobe Elvis started the second half with a bang for the Flyers by hitting three triples in the first six minutes, as they held a 45-40 lead at the under-12 minute TV timeout. The team would maintain a small lead until roughly the two minute mark.

Jalen Carey hit a triple to make it 49-45, Sebastian Thomas followed with a layup to cut it to 49-47. Malachi Smith and Mustapha Amzil finished the job with clutch free throws to ice it for Dayton. Final score, 53-51.

Dayton keeps its eyes on No. 25 Davidson as the Wildcats sit atop the conference standings.