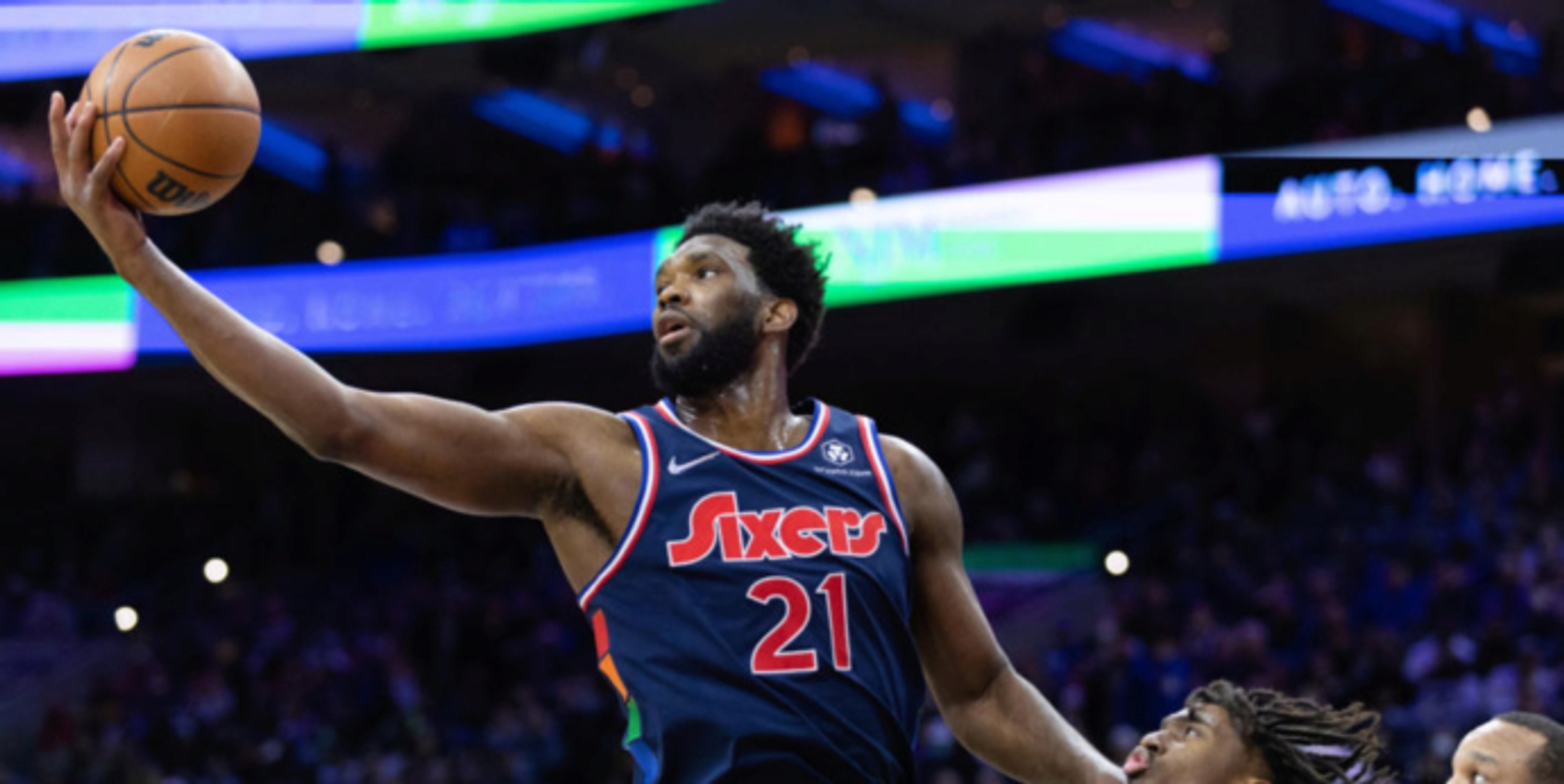 Don’t look now, but the Philadelphia 76ers are 10 games above .500 after their 18-point blowout victory over the Los Angeles Lakers on Thursday night. Checking in with a 29-19 record, Philadelphia continues to weather the storm as it relates to the ongoing Ben Simmons saga. Both Simmons and the organization are dug into their positions, and this stalemate could extend even past this season’s trade deadline.

The main reason Philadelphia is staying well above water — only two games back of the top seed in the Eastern Conference — is their franchise cornerstone Joel Embiid. What Embiid has been doing over the last six weeks has been nothing short of magnificent, firmly placing him within the MVP race.

However, Embiid is getting proverbially run into the ground from a usage perspective. This six-week run of prime Shaquille O’Neal-esque dominance has Embiid bookmarked at an outrageous 40.2% usage rate.

Comparing Embiid’s 40.2 USG% to the other ball-dominant superstars in the Association since mid-December, he’s creating some distance in this metric: Giannis Antetokounmpo is at 37.3 USG%, Trae Young — 34.2 USG%, Luka Doncic — 34.3 USG% and Devin Booker — 32.6 USG%.

As Embiid continues his reign of terror on opposing defenses, one constant thought continues to linger. How long will this actually last before *knock on wood* Embiid goes down with an injury?

We all know Embiid’s checkered injury history, and the Sixers right now are playing a very dangerous game with the soon-to-be 28-year-old big man. A 7-foot, 280-pounder carrying over 40% of a team’s usage is cyborg-like. That’s simply not sustainable for the entire slog of an 82-game regular season slate.

With that being said, it’s time for Sixers GM Daryl Morey to blink first as it relates to the off-court melodrama with his disgruntled point-forward. Trade Simmons for the best possible package before this run from Embiid ends with no positive benchmark resulting from it.

On Friday, ESPN’s Adrian Wojnarowski reported the Sacramento Kings were the latest team fed up with the Sixers’ stance on trading Simmons. Sacramento bowed out of the Simmons sweepstakes, which further thins out the potential destinations Philadelphia can send the former No. 1 overall pick from the 2016 NBA Draft.

Sacramento stood out as one of the most realistic organizations for a Simmons blockbuster, thanks in large part to the players on their roster who fit around Embiid: De’Aaron Fox, Tyrese Haliburton, Buddy Hield and Harrison Barnes.

Now, Philadelphia is backing out and reassessing who exactly wants to get their hands dirty and potentially waste their time over the next two weeks before the trade deadline?

Philadelphia is legitimately in a great spot to make a push in the second half of the regular season because of Embiid’s brilliance. It will be all for not if Morey and Co. continue to sit on their hands and don’t find their superstar big man some immediate help, though.

The Eastern Conference is wide open. Kyrie Irving’s part-time status as an unvaccinated player has thrown a wrench into the Brooklyn Nets’ hopeful title run. The Chicago Bulls have found some magic with their dynamite scoring duo of DeMar DeRozan and Zach LaVine, but who on their roster could guard Embiid over a seven-game series?

Last season’s defending champions in the Milwaukee Bucks have their own legitimate argument to make a repeat Finals run. Even though they’ve dealt with countless injury issues, the Miami Heat sit atop the East and control their own destiny for home court advantage once the calendar hits mid-to-late April.

Philadelphia slots right into the mix because of Embiid. The big question is how will Embiid hold up over the next three-plus months before the playoffs even begin? What if the Sixers don’t trade Simmons and decide to hope and pray for an unlikely James Harden sign-and-trade this offseason involving Simmons? It’s not the right move, especially when realizing exactly what Embiid is accomplishing for Philadelphia right now.

It’s time for the Sixers to push those chips all-in to take some much-needed pressure off Embiid, conserving him for when it really matters most in win-or-go-home scenarios. Simmons is the chip to push into the middle of the table, and the time is ticking fast to utilize that chip at peak value.

Imagine what Philadelphia could do if they added multiple win-now pieces in return for a player who’s not even around the team right now? It changes not only the entire calculus for Embiid and the Sixers, but it causes a seismic shift for what could potentially happen in the Eastern Conference this postseason.

Particularly for big men, their primes are not something to just play around with. Embiid is showcasing exactly why he’s one of the best players in the NBA, one who could singlehandedly bully his way through defenses to a miraculous Finals appearance.

It would be such an unfortunate circumstance if the Sixers’ front office decided to punt on this golden opportunity, sitting in front of them right now.