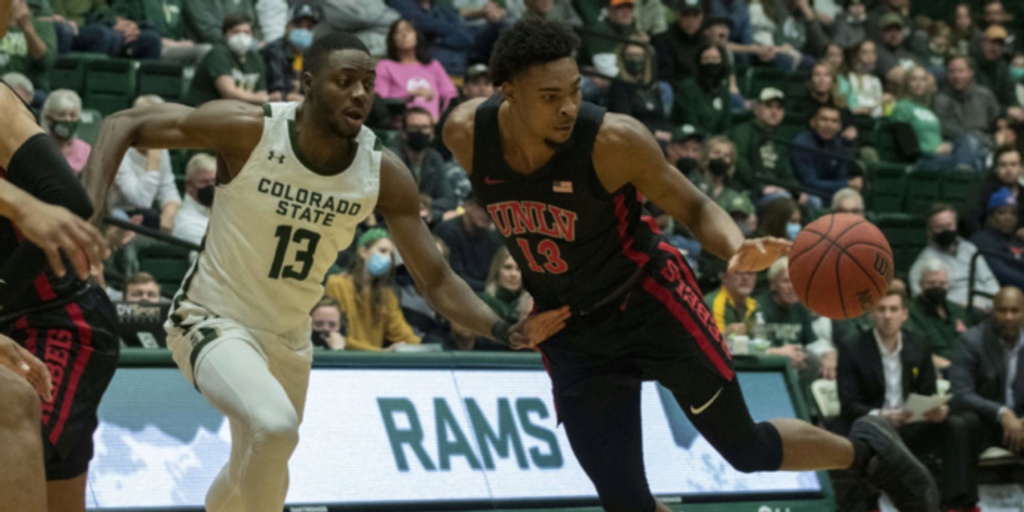 Fort Collins, CO  —  In a game that had Colorado State favored by 14 points, UNLV went in and stole the show with a 88-74 victory on the road. Senior Bryce Hamilton had a phenomenal night, leading all players with 45 points on 8 of 14 from behind the arc. Isaiah Stevens played well for the Rams in a losing effort, posting 35 points on 12 of 21 from the floor.

The Rams (16-2, 6-2 Mountain West) have been one of the best stories in college basketball this season, as they are projected a No. 7 seed in the NCAA tournament. Led by David Roddy’s 18.6 points per game on 45.8% shooting from deep, they currently rank 20th in Adjusted Offensive Efficiency in the country. Stevens has also been sensational. The Allen, Texas native is averaging 15.1 points and 5.2 assists per game.

Although it has been an up and down year, UNLV's (12-9, 4-4 Mountain West) Hamilton has been reliable. The 6-foot-4 guard averages 19.8 points per game, leading the team. Texas transfer Royce Hamm Jr. brings stability to the inside with 8.6 points and 9.9 rebounds.

Hamilton came out firing on all cylinders. By the 10-minute mark the lead was 19-11 for UNLV, and by the four-minute mark it was 32-18. Suffice to say it wasn’t the start that many saw coming for the Rams.

The Rebels took a 43-25 lead into the break behind Hamilton's 21 points. Stevens led the Rams with 10, doing all he could to keep it competitive. Roddy was held in check early with only 3 points at half.

Stevens got to work quickly in the second period, scoring seven points in the first three minutes and forcing UNLV to take a timeout, hoping to kill some momentum. It worked. The Rebels would extend the lead to 60-39 and never look back, winning 88-74.

UNLV will host Nevada on Tuesday.