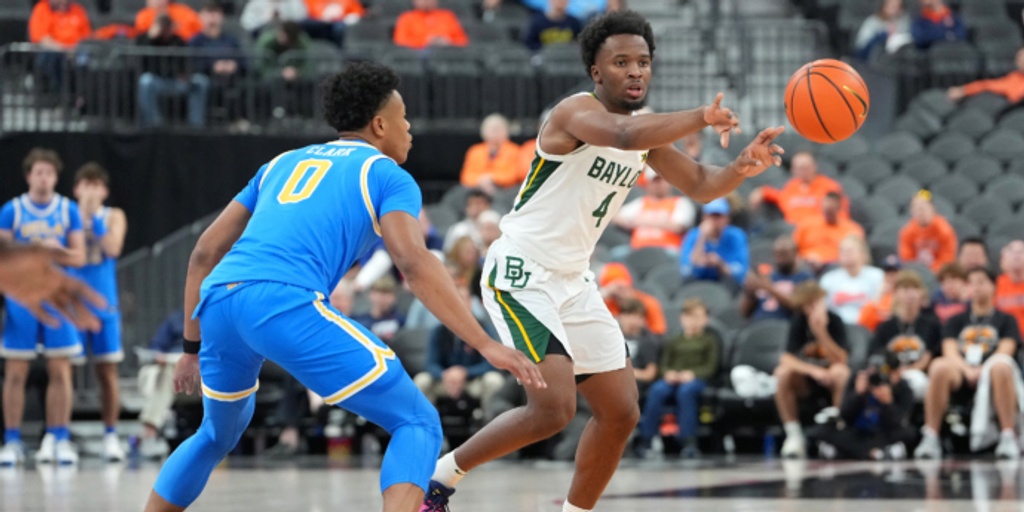 LAS VEGAS (AP) — LJ Cryer scored 28 points in a potential March preview to lead No. 5 Baylor to an 80-75 victory over eighth-ranked UCLA in Sunday’s consolation game of the Continental Tire Main Event.

The Top-10 teams know what it’s like to go deep into the NCAA Tournament, with Baylor winning the national championship two seasons ago and UCLA making the Final Four the same year.

This game had postseason intensity with 13 lead changes until the Bears (4-1) took the lead for good at 61-53 with an 11-point run midway through the second half. UCLA (3-2) stayed within range, but didn’t catch Baylor.

Cryer helped make sure of that, as did Adam Flagler, who scored 22 points.

Up just a point, Cryer delivered a 3-pointer with 2:50 left. Flagler made two jumpers in the final minute, the last with 18 seconds remaining to all but end it at 76-71. Each player made two free throws in the final eight seconds.

It was a strong bounce-back performance from Friday when Baylor lost 86-79 to No. 16 Virginia, which won the championship Sunday.

Jaylen Clark led the Bruins on Sunday with 23 points on 10-of-14 shooting to go with 10 rebounds. Jaime Jaquez Jr. scored 15 points and Tyger Campbell 12.

Both teams are back in action for home games Wednesday. UCLA hosts 4-1 Pepperdine, and Baylor plays 2-3 McNeese State.