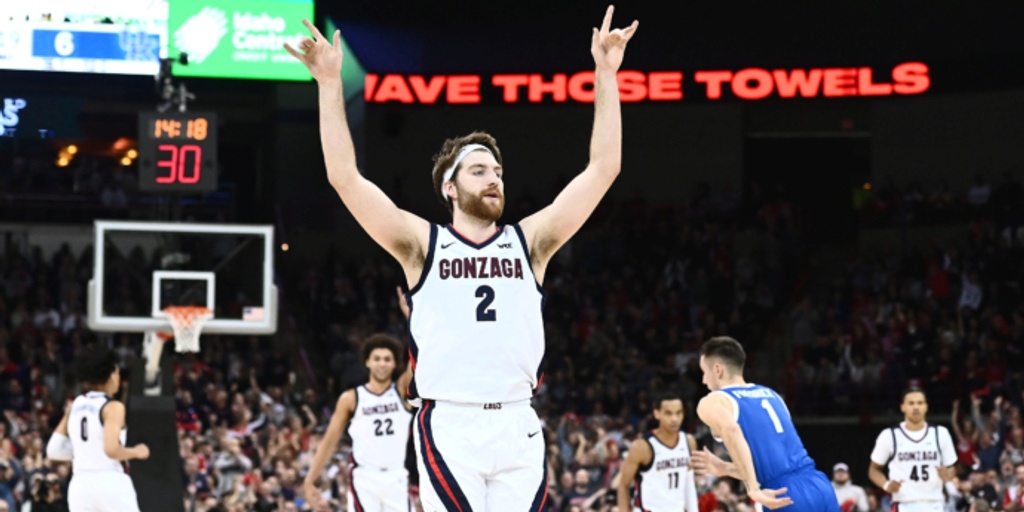 Bolton, Timme lead No. 2 Gonzaga over No. 4 Kentucky

Julian Strawther had 20 points and 14 rebounds for Gonzaga, which was coming off its biggest margin of defeat since 2014 in a 93-74 loss to No. 11 Texas on Wednesday.

Oscar Tshiebwe had 20 points and 15 rebounds for Kentucky (3-2), but was in foul trouble much of the second half.

Kentucky shot just 39% in the game, compared to 56% for Gonzaga.

Gonzaga (3-1) dominated the first half. The Bulldogs led 25-15 with less than eight minutes left in the first, thanks to holding the Wildcats to 4-of-22 shooting. But Gonzaga committed eight turnovers to help keep Kentucky in the game.

Gonzaga went on a 14-3 run to expand its cushion to 41-25 by halftime. Tshiebwe, the reigning player of the year, had 14 points in the first half to lead all scorers.

But Tshiebwe promptly picked up his fourth foul and sat down with about 13 minutes left in the game. Timme went off for seven points and Gonzaga led 65-55 by the time Tshiebwe returned to the lineup.

Kentucky coach John Calipari refused to play this game at Gonzaga’s home venue, the intimate McCarthey Athletic Center. The Spokane Arena has twice the capacity at about 12,000 seats and was packed. Gonzaga is 12-6 all-time at the arena, last playing there in 2014.

Gonzaga: The Bulldogs avoided consecutive losses for the first time since 2018. They have been ranked in the Top 5 for 52 consecutive polls.

Gonzaga: Plays Portland State at the PK85 Invitational in Portland, Oregon, on Thursday.