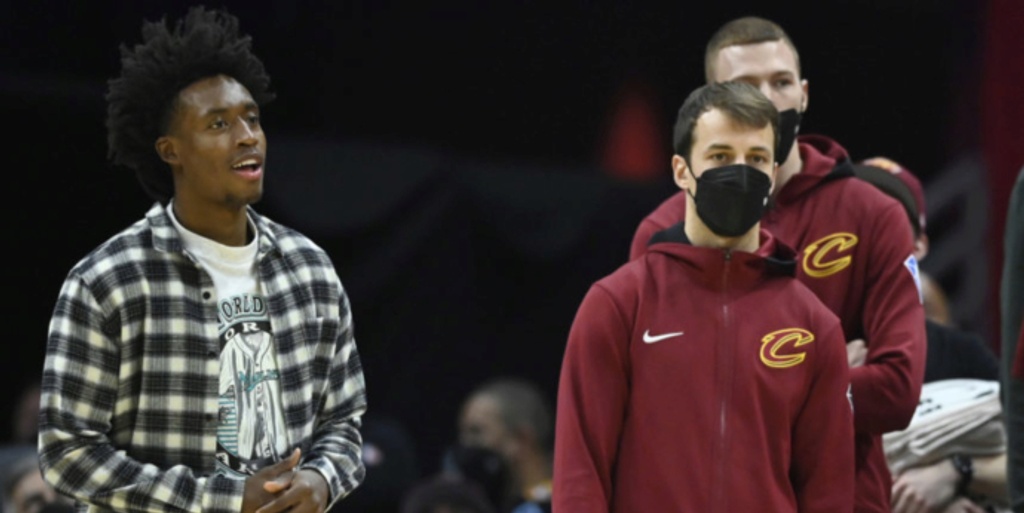 Collin Sexton hasn't ruled out returning for playoffs: 'We will see'

The Cleveland Cavaliers have been one of this season's pleasant surprises. They currently have the third-best record in the Eastern Conference (30-19) as well as the third-best defense in the NBA (allowing 103.7 points per 100 possessions).

What makes their breakout success even more impressive is the fact that they’re doing this without Collin Sexton. After just 11 games, the 23-year-old guard suffered a torn meniscus in his left knee and had season-ending surgery.

However, in a recent interview with Cleveland.com, Sexton was asked if he could potentially return if the Cavaliers make the postseason.

“When we make the postseason,” Sexton corrected, according to Chris Fedor of cleveland.com. “We will see. Definitely will see.”

Multiple sources told Fedor that the Cavaliers “aren’t expecting Sexton to make a heroic reappearance,” but that “everyone inside the organization has learned not to count him out.”

“I’m doing good. I’m on schedule,” Sexton told Fedor. “I’m feeling good mentally and physically. The mental part was going to be huge for me. At the end of the day, you continue to put in the work and continue to grind and put in the time and everything else is going to work out, so the mental part has been what I’ve been focused on…

“Not being able to play the game that I love, not being able to do certain things that I’m used to doing — going out there certain nights and shooting 500 shots or 1,000 shots every night and different things like that — it’s hard. You just don’t realize it until it’s taken away. That makes you want it that much more. Being out there with my teammates, I miss that. Sitting at home watching, it’s the toughest thing. Just want to run out there on the court and celebrate with them. Different things like that you don’t really realize until you’re watching it on TV or are away from the team.”