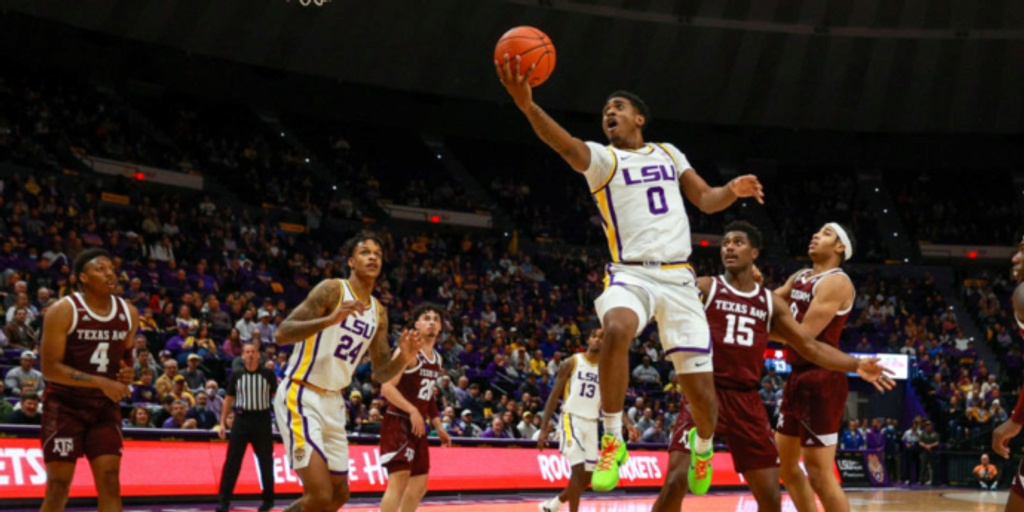 LSU pulls off the comeback, wins 70-64 over Texas A&M at home

Shareef O’Neal and Eric Gaines recorded huge blocks in the final minute, both resulting in rebounds that put LSU (16-4, 4-4 SEC) on the foul line. The pair of free throws in the final 32 seconds was the final touch the Tigers needed for the win.

The Aggies (15-5, 4-3 SEC) have now lost three straight in conference play and slipped to fifth in the Southeastern Conference standings. Senior guard Quenton Jackson leads them in scoring this year at 13.0 points per game, and he had a strong performance in this one, posting 20 points off the bench. Andre Gordon also played well in the defeat. The Ohio native scored 18 points on 7 of 11 from the floor and added 4 rebounds, 2 steals and an assist.

Gordon got started early in this one, scoring multiple times in the first few minutes as Texas A&M jumped out to a 10-4 lead. The teams went back and forth trading leads until LSU took a 34-31 advantage into the break.

The Aggies held the lead from 11:01 in the second half down to the 1:20 mark, when Mwani Wilkinson connected on his only bucket of the game, a triple to tie it up at 64-64. The Tigers’ team defense and free-throw shooting would seal the deal from there.

LSU’s Brandon Murray led all players in scoring. The 6-foot-5 freshman hit 6 of 14 from the floor and connected on all six of his attempts from the line. He finished with 20 points, 4 rebounds and 3 assists. A potential first-round pick in the 2022 NBA Draft, Tari Eason played 27 minutes before exiting with cramps. Before he left, the Tigers sophomore posted 14 points, 9 rebounds, 2 assists and 2 steals.

LSU currently holds the No. 8 spot in conference play, but is projected as a No. 4 seed in the NCAA Tournament.

LSU will travel to TCU on Saturday.