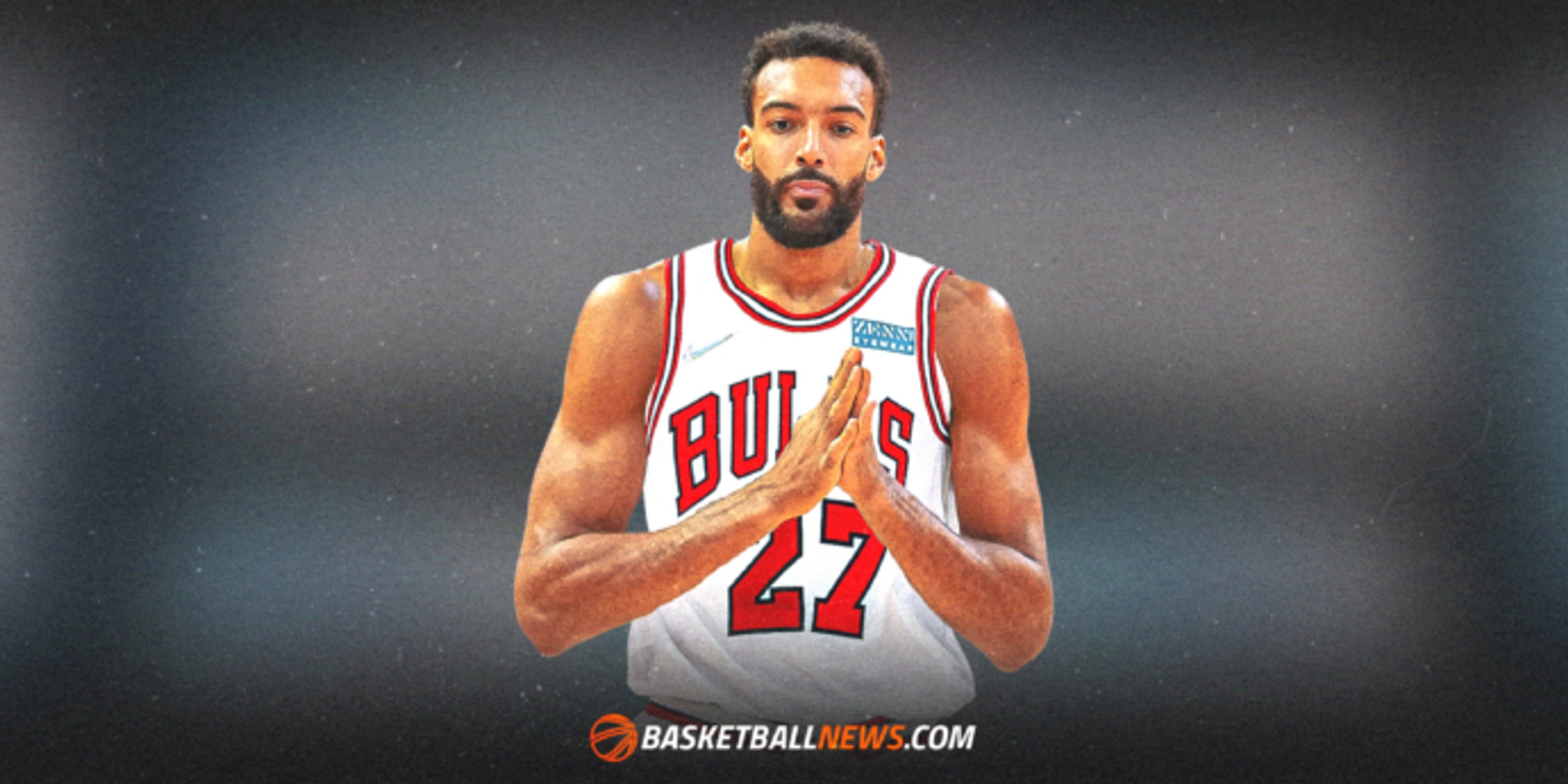 If the Utah Jazz want to keep Donovan Mitchell in Salt Lake City long-term, it seems more likely than not that Rudy Gobert will soon be shown the exit door. As the Jazz enter an awkward offseason, the future of Gobert and Mitchell will be one of the NBA’s top storylines until a resolution is finally reached.

If the Jazz want to build around Mitchell long-term and get younger, Gobert's days in Utah may be numbered. The Jazz identified Gobert's potential and helped him develop into a three-time Defensive Player of the Year, so parting ways won't be easy. However, it may be necessary in order to revamp the roster and best accentuate their other star player.

Gobert's value has taken a hit due to his recent super-max extension, which will pay him $169.7 million over the next four seasons. Although Gobert has an immense impact on the defensive end, there may be some executives who can't justify shelling out close to $200 million for him.

Gobert makes little to no sense on a rebuilding team or one that's just beginning their ascent up the standings. Instead, the market for Gobert will likely feature win-now organizations that believe he could be the final piece to the puzzle. And assuming Utah would prefer to move Gobert out of the Western Conference, the list of potential teams continues to shrink. If only there was an aggressive team that just took a major step forward and feels they are one piece away from contention entering this offseason...

“The vision is to win the title,” Chicago Bulls executive vice president of basketball operations Arturas Karnisovas said a few weeks ago. "I realized last year, this historic club deserves a better team.”

Insert Gobert within the Bulls' current ecosystem and this organization could absolutely take another leap in 2022-23. Chicago wants to compete for a championship within the reloaded Eastern Conference that's headlined by the Boston Celtics, Milwaukee Bucks, Miami Heat, Brooklyn Nets, Philadelphia 76ers and Toronto Raptors. The Bulls got off to a hot start this season, but eventually tailed off due to injuries and inconsistent play. In the end, Chicago was quickly dispatched in the first round by the Bucks — once again signaling that the time is now to make improvements.

“The current situation is not enough, and we need to create something better,” Karnisovas said.

According to Bleacher Report’s Jake Fischer and The Ringer’s Kevin O’Connor, Chicago has already inquired about Gobert. For both Gobert and the Bulls, this fit makes way too much sense from a timeline perspective. Gobert is in his prime and Chicago has all the pieces necessary to make a run. Zach LaVine, who is expected to re-sign with the Bulls, and DeMar DeRozan form a strong scoring tandem. Add in Lonzo Ball and Alex Caruso — who would be the best perimeter defenders that Gobert has played with — and now Chicago is cooking with gas. This is a team that would be ripe for a deep postseason run next season.

The question is: what is Utah's asking price for Gobert? Any deal would likely involve two-time All-Star Nikola Vucevic. Fischer noted that former No. 4 overall pick Patrick Williams has fans in the Jazz’s front office. However, according to Fischer, "the Bulls do not appear willing to include Patrick Williams alongside Vucevic in a trade package for Gobert." Rightfully, Chicago should haggle over Williams’ inclusion and try to send out multiple draft picks instead.

However, if the Jazz are adamant that they need Williams back in order to deal Gobert to the Windy City, the Bulls should bite the bullet. A package centered around Williams and the expiring contracts of Nikola Vucevic and Coby White lines up almost identically salary-wise.

The time is now for this Bulls core to become a realistic title contender. With this current core centered around LaVine and DeRozan, Chicago’s window to compete is over the next two or three years. Gobert would be a huge help against the East's giants such as Joel Embiid and Giannis Antetokounmpo.

Maybe Williams becomes a great player down the road, but it seems unlikely that this will happen within Chicago's current window to contend. And who knows if Williams will even realize his full potential? That's the risk in prioritizing a high-upside prospect over a win-now piece.

For Utah, this deal allows them to acquire an excellent long-term piece, shed a massive salary and add some expiring contracts (who could allow them to still be competitive next season). If the Jazz play their cards right around Mitchell in a post-Gobert world, they'd have an easy pathway to a max-salary slot too.

We all know Gobert’s immense impact on the defensive end, but his presence becomes an instant game-changer for the Bulls. Chicago already has a strong offensive core, so Gobert makes them a complete team that's very well-rounded. An elite rim protector anchoring one side of the court with two All-Star scorers keeping the offense afloat is a recipe for stacking up a lot of victories.

We saw it in Utah: a well-constructed team around Gobert can become a regular-season juggernaut. But the question becomes what happens during postseason play? Unlike the lack of defensive versatility surrounding him with the Jazz, Gobert would be playing alongside Ball and Caruso on the perimeter. It’s easy to envision a scenario where the Bulls are a well above-average unit offensively and defensively with Gobert placed into the center spot.

Last season in Utah, the Jazz allowed 7.8 more points per 100 possessions in the minutes Gobert sat — a massive gulch that shows his transcendent ability to deter shots with ease. Gobert, Ball and Caruso will take pressure off of LaVine and DeRozan, allowing them to focus on the offensive end and be even more effective. The Bulls’ projected rotation with Gobert is eye-opening:

Chicago knows that the time is now to push the right buttons in order to become a consistent threat in the East. Adding Gobert would give the Bulls a complete roster and thrust Chicago into contention in the East. Even if Chicago has to part with Williams, it’s a necessary price to pay in order to maximize their window around LaVine’s prime and DeRozan’s final chapter of elite production.

In a perfect world, the Jazz don’t make any changes and decide to make moves elsewhere on the roster in order to improve (such as moving Bojan Bogdanovic, Jordan Clarkson and Royce O’Neale). However, the situation in Utah is far from perfect right now with their face of the franchise.

For a team like Chicago, they are well-positioned to pounce and become an instant title contender. As Karnisovas laid out, he realizes big changes could be necessary in order to return the Bulls to their glory years. Making an all-in move for Gobert could easily be the accelerant Chicago needs.