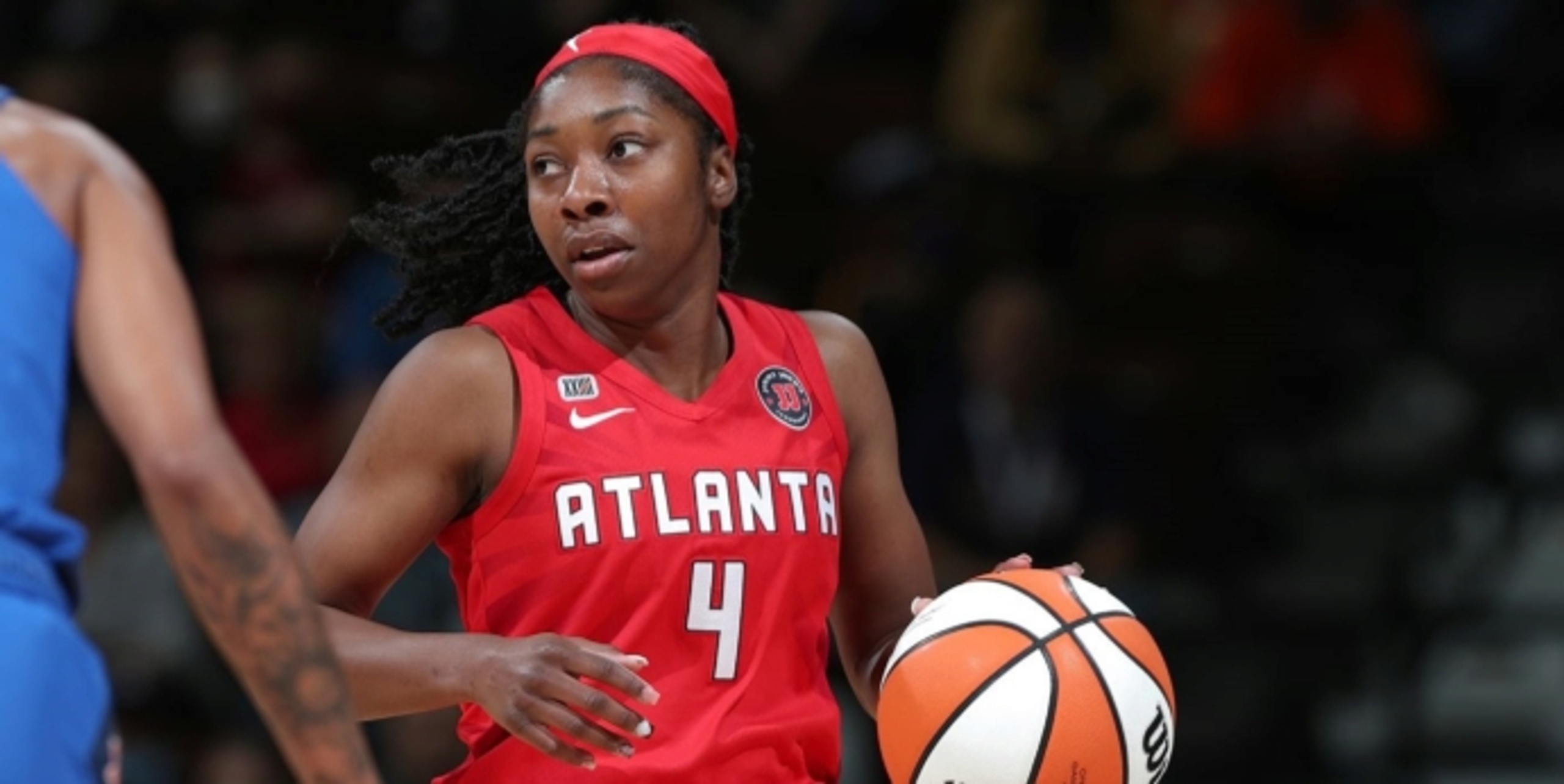 To put it bluntly, the Atlanta Dream were a mess last season. Off-court drama, season-long suspensions and poor play culminated in one of the worst seasons in Atlanta's franchise history.

Things are different for the Dream in 2022. Tanisha Wright's established a hard-nosed defensive identity that's embodied by the roster. The team features more veteran players and is led by the top selection in the 2022 WNBA Draft, Rhyne Howard.

Howard has rightfully taken many of the headlines out of Atlanta, as she has all but locked up the Rookie of the Year award and has a good chance at an All-Star nod. Howard's off-ball play and shooting gravity have made her an incredibly lethal and dynamic offensive outlet from day one, with the potential for extremely high levels of shot creation.

However, lately, the play of Aari McDonald has shone through in droves. The No. 3 overall pick in 2021, McDonald struggled to find her footing last season as a rookie, but the flashes of yesteryear have parlayed into more consistent creation and play in 2022.

McDonald was already playing more this year and had cemented a higher place in the rotation, but with Erica Wheeler out due to an injury suffered against the Seattle Storm, McDonald's commanded an even greater chunk of playing time and usage. While Wheeler's absence hurts a great deal in the moment (get well soon!), McDonald's expanded role has turned my head.

There are viable reasons for McDonald to come off the bench: Kristy Wallace has a bit more size, and she and Wheeler have fit pretty well together as a starting backcourt. Wallace is more of an off-ball guard and ball-mover, so loading up the starting lineup with all of Atlanta's shot creation can make subbing patterns a little different (not saying I necessarily agree, rather that I get the ideology).

According to PBP Stats, lineups featuring both McDonald and Wheeler outscore opposition by 9.7 points per 100 possessions, largely on the back of a stellar 83.75 defensive rating crafted in the 120 minutes they've played together. When Tiffany Hayes (a really good player) returns, it will make things even more interesting, as she's started in all but seven games she's played for Atlanta since 2014. I actually think Hayes' eventual return could lead to more Wheeler/McDonald lineups, as there'd be less worry about when it comes to staggering ball-handlers. Regardless, I can't wait for more of that duo, and I'm sure Coach Wright wants to see more too.

McDonald's confidence has been awesome to see. She scored 15 points just three times last year; it was her season-high as a rookie. This year, she has already surpassed that three times. In her three games as a starter, McDonald is averaging 17.3 points per game on 56.2% True Shooting along with 5.0 assists per game.

The best way I've found to describe Aari's game is uninterrupted. She is always moving on or off the ball. If she's walled off, she's pivoting and heading a new direction or moving the ball, but she's also been quite good at picking her spots to attack the basket. Despite her small stature, she puts a dent in the defense in a way no one else does for the Dream. Her swarming nature collapses lanes and opens pathways for off-ball players to attack that wouldn't be there without her ability to generate paint touches and rim pressure.

This possession early last night against the Chicago Sky is indicative of McDonald's persistence as an offensive presence.

Even though she misses the attempt at the rim, her lack of indecisiveness and ability to make plays with quickness gives her and the Dream an advantage. The defense takes a half-second to breath after the initial stop. McDonald erases that half-second stoppage to make the most of her skill set. She puts awesome velocity on passes, often throws well into the shooting pocket and has very good awareness of where her outlets are.

A few possessions later, Aari finds herself in a late-clock situation without the ball. AD gets a ball screen from Cheyenne Parker and the Sky late switch to neutralize the action. But wait! There's an open Aari McDonald in the slot!

Replacing/relocating to the perimeter on a drive or roll is a great way to catch a defender napping, and McDonald executes it with guile.

Toggling on and off the ball with efficacy makes it that much harder to guard you (cough cough, Kelsey Plum this season). Adding in movement off the ball along with considerable on-ball creation leads to swelling gravity as defenses account for her as a shooter.

The Dream are third in the WNBA in pace, according to Her Hoop Stats, and McDonald plays a significant part in that. To say that Aari flies down the court to push the break would be an understatement. She constantly looks for ways to put the defense on their heels.

Advantage maintenance is arguably as important as advantage creation, and McDonald embodies that perspective.

She has such a good first step, taking Allie Quigley off the dribble without a screen and generating a clean paint touch before the quick flip to Parker.

If McDonald just jogs to the perimeter to respace and set herself, then this is likely not a shot as Quigley reconnects and keeps Aari in front. The constant movement and readiness keeps the initial advantage open.

Her continued flashes of synergy with Rhyne Howard should have Dream fans excited about the future of the organization.

It sucks that Erica is out, but cool to see Aari with some more run. Got into the paint like crazy in this game and Rhyne's off-ball movement syncs so well with that pic.twitter.com/xd8JYkDs7T

The way she collapses the paint and constantly scans the floor meshed with Howard's fluid off-ball movement and shooting prowess (she's already one of the best shooters in the league as a rookie) is so tantalizing when contemplating how this team is constructed.

Howard has the makings of an elite shot creator, but she has limitations as a an initial bender of the defense. She doesn't have the blend of handle and burst to break down defenses and set it into rotation consistently yet. Pairing with McDonald, who can toggle on and off the ball, push the pace and relocate, is about as ideal a running mate as you can imagine for Howard.

Atlanta has most utilized Howard out of screens and flowing off the ball into on-the-ball actions (similarly to Sabrina Ionescu in June), and McDonald is perhaps the best guard on the team in terms of creating the paint touches to draw the defense the most.

As Howard continues to work toward high levels of shot creation, surrounding her with secondary shot creators is paramount. One of the best ways to open up a creator is to force the defense to deal with another!

The Dream have a much brighter future compared to what it may have seemed last season. Organizational overhaul deserves due credit, as does Howard's immediate emergence as a star. But be sure to keep note of Aari McDonald's play and improvements, as she's played a significant part in Atlanta's 2022 stability while also providing more reason for optimism of the team's future.