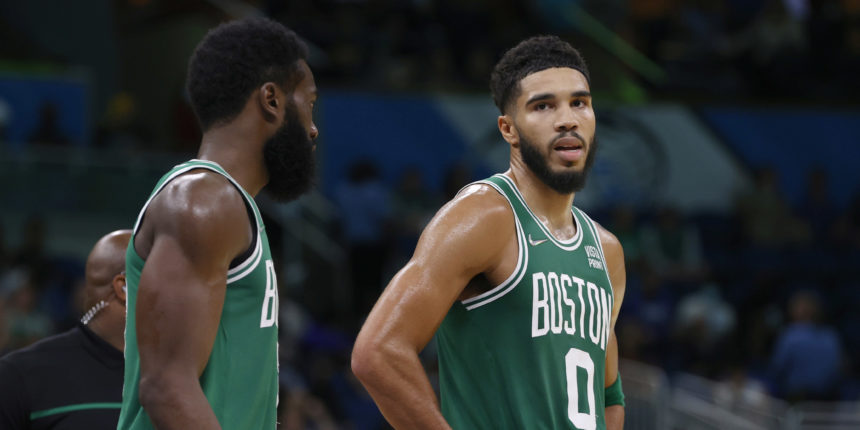 Celtics 'have no interest' in trading Jayson Tatum or Jaylen Brown

The 19-21 Celtics have indicated to rival teams that they want to build around Jayson Tatum and Jaylen Brown — and have no interest to split up the two All-Star forwards right now, sources said.

ANALYSIS: The Tatum-Brown pairing has been heavily scrutinized by fans due to the Celtics' lackluster season, but it makes sense that the team would look to keep one of the best wing duos in the league intact. Tatum and Brown are each averaging over 24 points and 6 rebounds per game. Charania did add that the Celtics appear "open for business" regarding trades with other players.