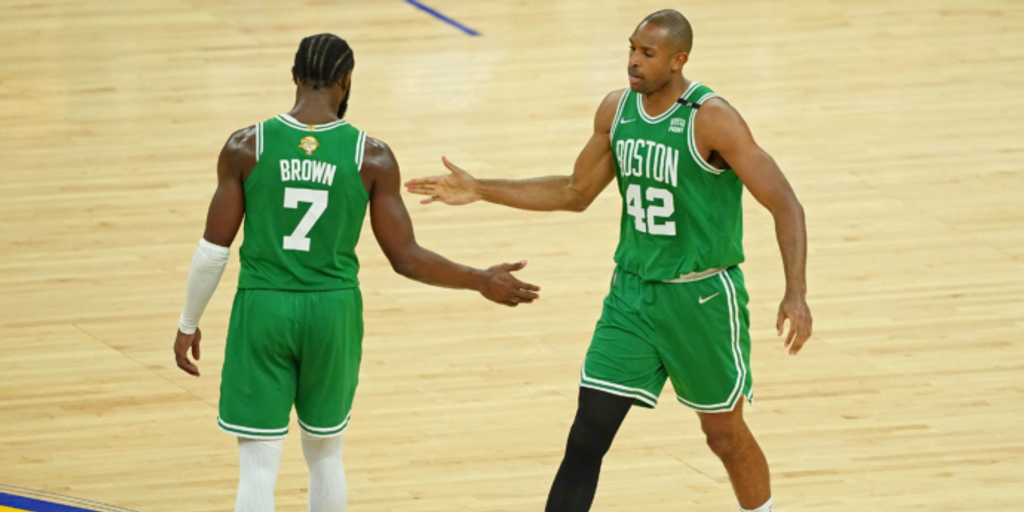 Jaylen Brown fueled a comeback charge and scored 24 points, Al Horford hit six 3-pointers and the Boston Celtics rode the most lopsided fourth quarter in NBA Finals history to a 120-108 victory over the Golden State Warriors in Game 1 on Thursday night.

Horford finished with 26 points and the Celtics outscored the Warriors 40-16 in the final 12 minutes after trailing by 15 points late in the third quarter.

Boston made its first seven tries from long distance in the fourth and wound up 9 of 12 beyond the arc over the final 12 minutes as almost everybody got involved in the 3-point flurry. Jayson Tatum was the lone Celtics regular who struggled offensively, finishing 3 for 17.

Stephen Curry scored 34 points in his return to the NBA’s big stage for the first time in three years, but the Warriors couldn’t sustain momentum from a 38-point third quarter that put them ahead 92-80 going into the final 12 minutes.

The ball was moving, the shots were falling and the arena was rocking in a very familiar third quarter for the Warriors.

Then came the fourth quarter and a surprising collapse by the more experienced team as the Warriors dropped a rare Game 1 of a playoff series under coach Steve Kerr, losing the opener of the NBA Finals on Thursday night.

The Warriors turned a 12-point lead after three quarters into an 12-point loss in a shocking turnaround that silenced a boisterous crowd that had been celebrating Golden State’s return to the Finals after a two-year absence.

Boston made its first seven 3-pointers of the quarter and ran away, leading to chants of “Let’s Go Celtics!” in the closing seconds in a half-empty arena. The Warriors scored just 16 points in the fourth quarter after a 38-point explosion in the third had put them seemingly in control.

The meltdown left the Warriors complaining to officials and searching for answers after their first home loss in these playoffs after opening with nine straight wins.

It was the biggest blown lead after three quarters of an NBA Finals game in 30 years as the experienced Warriors fell apart down the stretch instead of a Celtics team filled with Finals newcomers. The last team to lose a Finals game when leading by at least 12 points after three quarters was Portland in 1992 in a Game 6 series-ending loss to Michael Jordan and the Bulls.

The Game 1 loss was just the third in 24 playoff series for the Warriors under coach Steve Kerr with the others coming in the 2019 Finals against Toronto and the 2016 Western Conference finals against Oklahoma City.

It also overshadowed what had been a blistering start by Curry, who made a Finals record six 3-pointers and scored 21 points in the first quarter.

But the Celtics adjusted and Curry made just one 3-pointer and scored 13 points the rest of the way.

Josh Dubow contributed to this report.