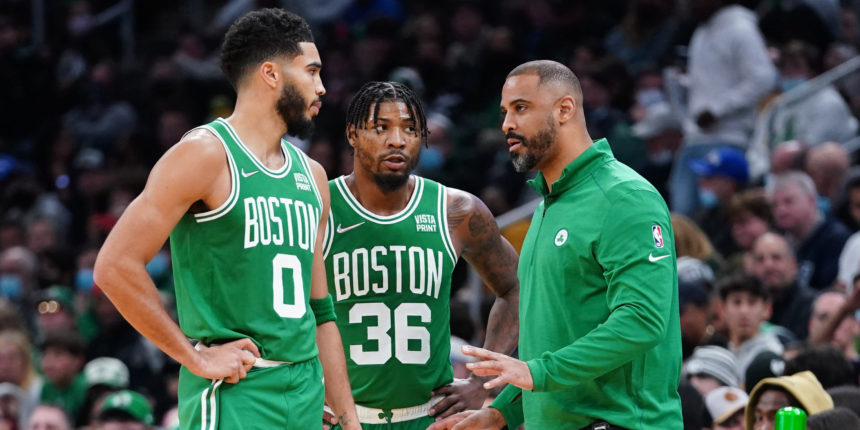 Celtics have been 'extremely active in trade talks' ahead of deadline

With 16 days until the NBA trade deadline, the Boston Celtics “have been extremely active in trade talks,” league sources told Heavy.com’s Steve Bulpett.

Bulpett reports that the Celtics are “looking to reconfigure the pieces around Jayson Tatum and Jaylen Brown.” Boston also wants to “clear a path for Payton Pritchard, Aaron Nesmith and Romeo Langford to get more playing time” as well as “unload some salary cap burden,” per Bulpett.

“It’ll be interesting to see if something like [their 116-87 win over Washington] yesterday makes them back off a little or makes them patient,” one rival GM told Bulpett. “But they’ve definitely been looking to get something done.”

It'll be interesting to see who the Celtics target (and who they're willing to part with) over the next two-and-a-half weeks.