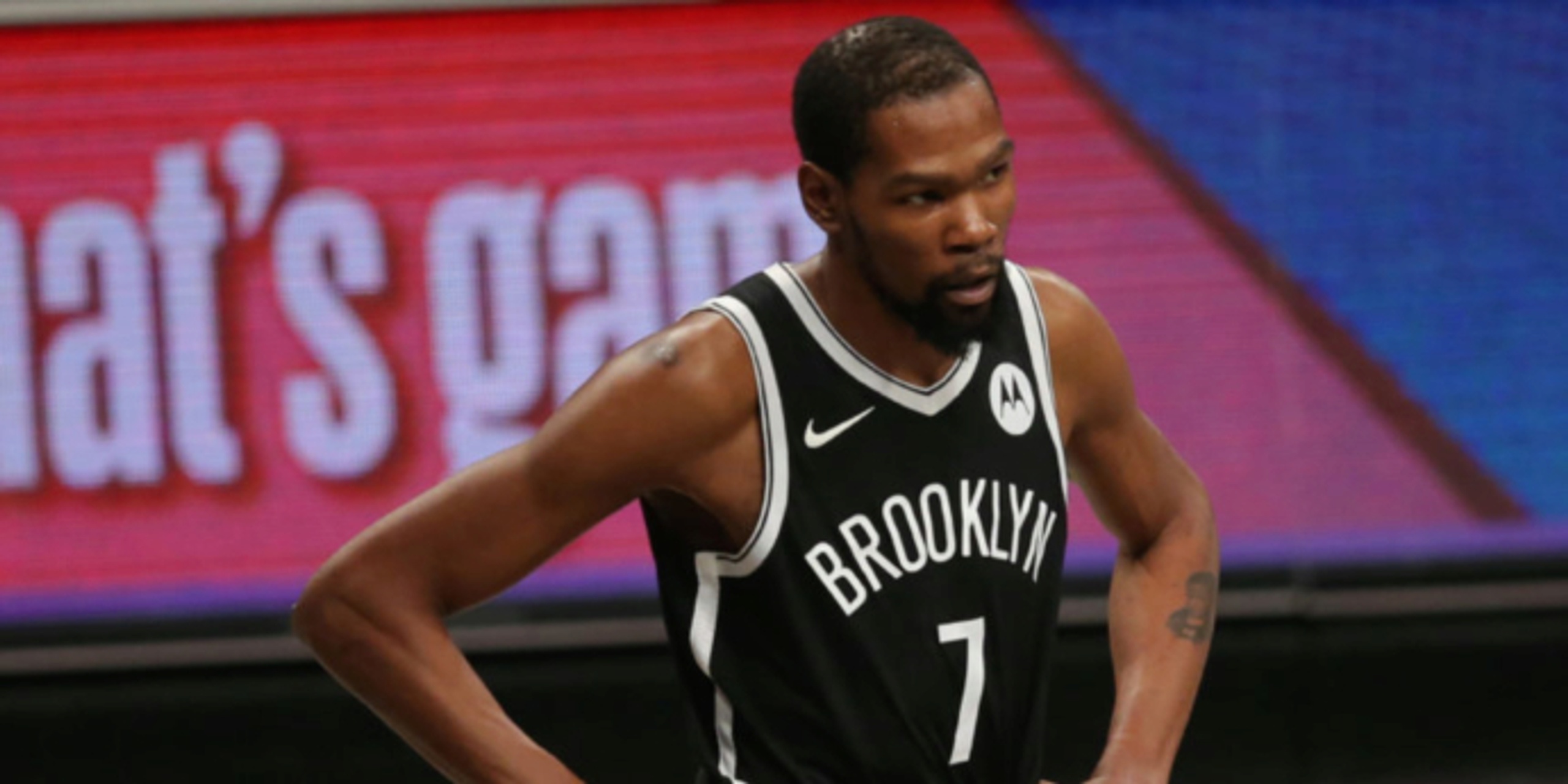 Can Kevin Durant carry the load enough to get the Nets over the hump?

Kevin Durant is facing a daunting challenge that neither he, nor anybody else on the Brooklyn Nets expected, and that is carrying the burden of being the only healthy superstar on the team.

Kyrie Irving missed the majority of Game 4 in Milwaukee after exiting with a sprained right ankle, while James Harden had missed his fourth consecutive contest with a hamstring injury. Even with The Beard getting the all clear, we don't know how well he'll be able to move and whether or not he'll be rusty on the floor.

Which leaves us with Durant, who is neck and neck with Kawhi Leonard for the MVP of the postseason as it stands right now. It is pretty hard to believe that KD, a man returning from a missed season and an Achilles injury, could be better than his pre-injury self... but he has been.

Durant is averaging 31.3 points, 8.2 rebounds and 3.8 assists over the span of nine games. In addition, he's nabbing 1.6 steals and recording 1.8 blocks per contest.

Of the players still alive in the postseason, KD, Harden and Chris Paul are the only three in the 50-40-90 club. Among eight guys who have taken at least 10 pull-up shots per game, Durant has the best field goal percentage at 48.6%. And although his frequency on catch-and-shoots is lower, it's actually his highest point per possession play in these playoffs, per InStat (1.71 PPP).

Without a shadow of a doubt, Durant is capable of doing great things -- and this Nets supporting cast has been extremely important -- however, is it fair to ask whether or not he'll wear down from playing all of these different roles?

If Harden can't go or isn't 100%, then KD's got to be Brooklyn's de facto point guard and facilitator. Since Irving is out, KD's got to put it on the floor and attack even more. The shots that were being created for him are going to lessen without that star-studded backcourt. You're asking a lot of Mike James, Bruce Brown, Landry Shamet and Tyler Johnson to collectively fill that role.

Durant has been producing at an astronomical level. Still, you can't forget the fact that Harden and Irving draw so much of that attention away, so KD is going to have to adjust to being the target. You already know that the Milwaukee Bucks are going to send two at the ball and make Joe Harris, Jeff Green, Blake Griffin and Co. beat them over a former MVP.

The good news for Brooklyn is that Durant has fared well in the absence of his two co-stars. According to PBP stats, the Nets have a plus-13.26 net rating when KD is on the floor and Irving and Harden are not. It's also worth nothing that their defensive rating improves in that scenario, as well (109.61).

KD hasn't played in a game of this magnitude, as the opposition's lone bullseye, since arguably the 2012-13 playoffs when Russell Westbrook suffered a torn meniscus two games in.

It'll be fascinating to watch how Durant responds nearly a decade later -- because the Nets' title hopes are hanging in the balance.