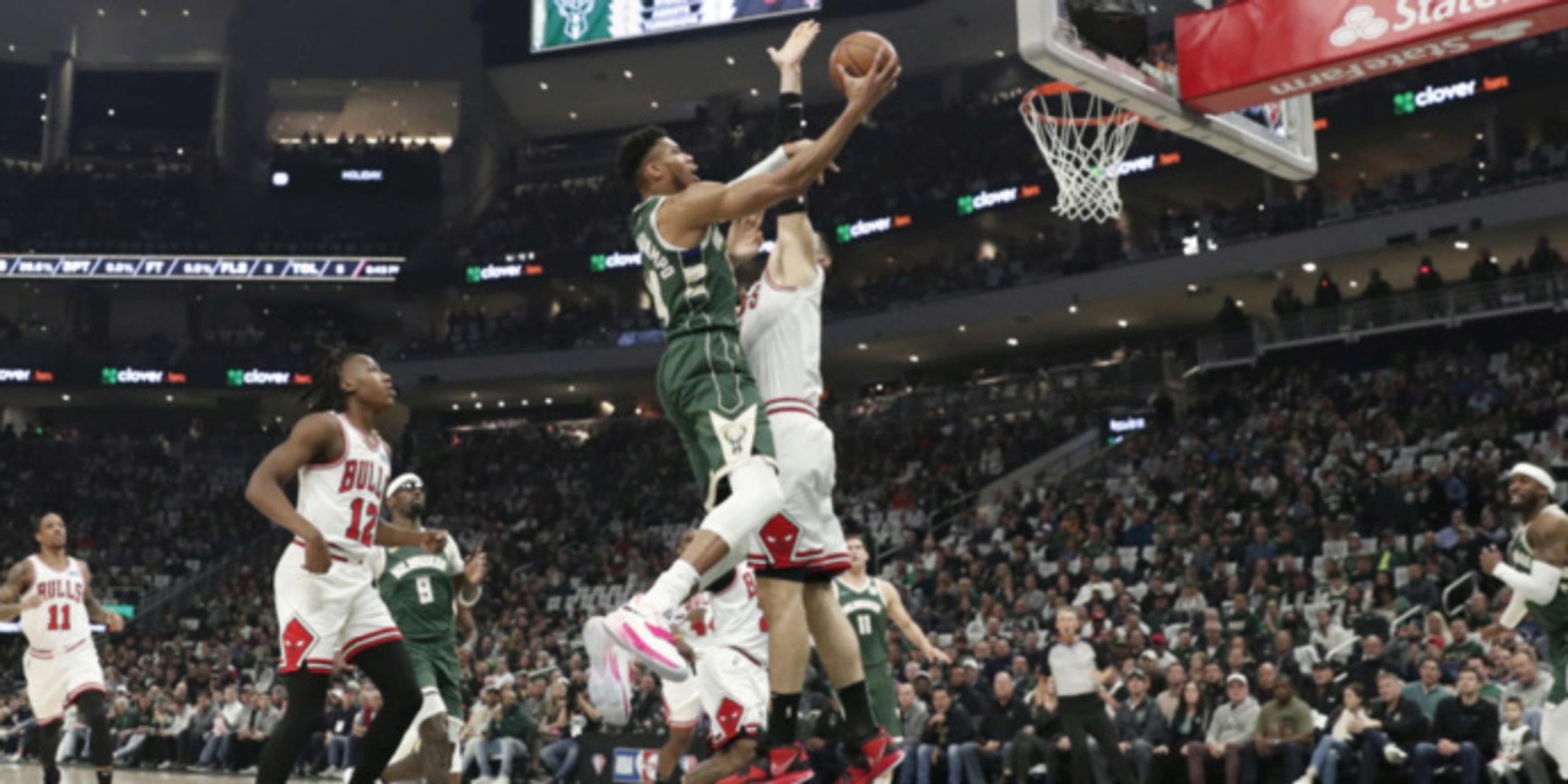 Giannis Antetokounmpo had 33 points and nine rebounds and the defending NBA champion Milwaukee Bucks routed the Chicago Bulls 116-100 on Wednesday night to finish off the first-round series in five games.

The third-seeded Bucks advanced to face second-seeded Boston in the Eastern Conference semifinals, with Game 1 on Sunday in Boston. The Celtics swept Brooklyn.

After splitting the first two games, the Bucks won the last three by an average margin of 23.3 points. They won those three games without Khris Middleton, the All-Star who sprained the medial collateral ligament in his left knee during the fourth quarter of Game 2.

Chicago didn’t handle the loss of key players quite as well. The Bulls played without the starting backcourt they used for the first four games because two-time All-Star Zach LaVine was in health and safety protocols and Alex Caruso was in concussion protocol.

The absences enabled Milwaukee’s defense to focus much of its attention on containing DeMar DeRozan, who had scored 41 points in the Bulls’ Game 2 victory. DeRozan was held to 11 points Wednesday while shooting 5 of 10.

Antetokounmpo led the way for the Bucks by shooting 11 of 15 from the floor and 11 of 14 from the free-throw line. Pat Connaughton hit 6 of 9 3-pointes and scored 20 points, and Bobby Portis added 14 points and career-high 17 rebounds. The Bucks’ largest lead was 29.

DeRozan was scoreless in the first 26 minutes of the game and attempted just one shot in the first quarter as he tried to get his teammates involved.

Milwaukee pulled ahead for good 3 1/2 minutes into the game and built a double-digit lead by scoring 12 straight points in the first quarter. Late in the first period, the Bucks began a 23-2 run that helped them extend the advantage to 49-20 with 7:25 left in the second period. Antetokounmpo scored nine straight Bucks points during that second spurt.

Chicago outscored the Bucks 22-11 the rest of the second quarter and got the margin down to 11 on Ayo Dosunmu’s 3-point play with 9:32 left in the third quarter, but Milwaukee’s Bobby Portis hit a pair of corner 3-pointers 36 seconds apart to make it 72-55.

Bulls: The Bulls attempted 52 shots from 3-point range and only 40 from inside the arc. Chicago made just 28.8% of its 3-point shots. ... The Bulls haven’t advanced beyond the first round of the playoffs since 2015, when they beat the Bucks before losing to the Cleveland Cavaliers in the East semifinals. … With LaVine and Caruso unavailable, Javonte Green and Dosunmu made their first career playoff starts.

Bucks: Reserve guard George Hill still hasn’t played in this postseason due to an abdominal strain. Hill had been listed as questionable the injury report Wednesday before getting ruled out, an indication he’s getting closer to a return. Bucks coach Mike Budenholzer said before the game that Hill is “making progress” but added that “he needs more time.” ... The Bucks have won 20 of their last 22 meetings with the Bulls. ... Jrue Holiday had 10 points and nine assists but also committed six turnovers.