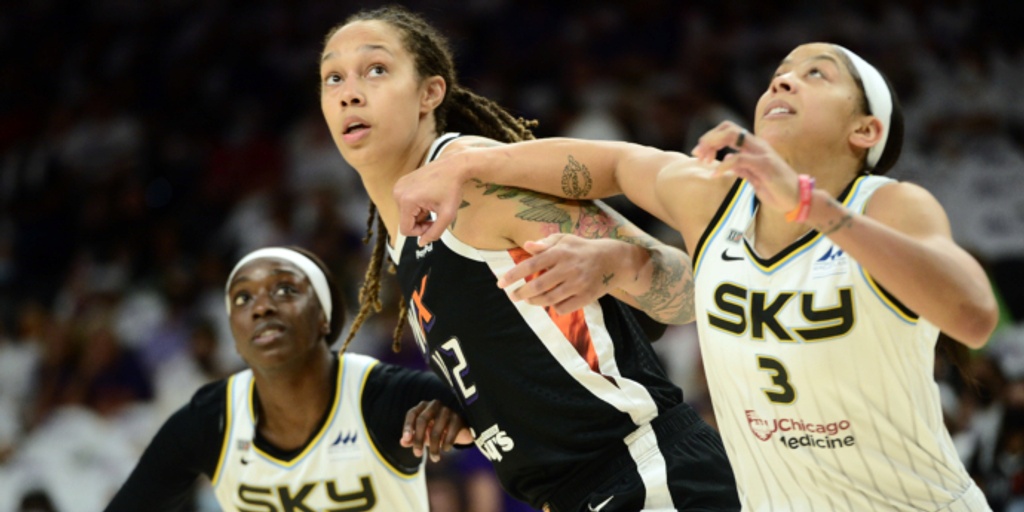 After spending nearly 300 days detained in Russia, WNBA star Brittney Griner was brought back to the States last week.

Griner made her first public statement on Instagram on Friday, thanking everyone for their support, expressing her desire to help other U.S. detainees overseas, as well as announcing her intentions to play for the Phoenix Mercury next season.

"It feels so good to be home! The last 10 months have been a battle at every turn. I dug deep to keep my faith and it was the love from so many of you that helped keep me going. From the bottom of my heart, thank you to everyone for your help.

"I am grateful to each person who advocated for me, especially my wife, Cherelle Griner, my family, Lindsay Kagawa Colas and Casey Wasserman and my whole team at Wasserman, Vince Kozar and the Phoenix Mercury, the players of the WNBA, and my entire WNBA family, Terri Jackson and the WNBPA staff, my Russian legal team Maria Blagovolina and Alex Boykov, the leaders, activists, and grassroots organizations, Gov. Richardson and Mickey Bergman of the Richardson Center, the Bring Our Families Home Campaign, Roger Carstens and the SPEHA team, and of course, a special thank you to President Biden, Vice President Harris, Secretary Blinken and the entire Biden-Harris Administration.

"President Biden, you brought me home and I know you are committed to bringing Paul Whelan and all Americans home too. I will use my platform to do whatever I can to help you. I also encourage everyone that played a part in bringing me home to continue their efforts to bring all Americans home. Every family deserves to be whole.

"As I transition home to enjoy the holidays with my family, I want to acknowledge and thank the entire PISA staff and medical team at the San Antonio Fort Sam Houston Base. I appreciate the time and care to make sure I was okay and equipped with the tools for this new journey.

"I also want to make one thing very clear: I intend to play basketball for the WNBA’s Phoenix Mercury this season, and in doing so, I look forward to being able to say ‘thank you’ to those of you who advocated, wrote, and posted for me in person soon."

Per ESPN's Alexa Philippou, Griner was paid her full salary in 2022 without it counting against the Mercury's cap. But with her receiving that salary, she was also credited with a year of service despite not being able to play, thus technically making her an unrestricted free agent this offseason.

The Mercury have nearly $900,000 in potential cap space this summer, per the good folks at Her Hoops Stats ($), which is more than enough to bring Griner back.

What matters most is Griner's mental health; it's hard to imagine what she's felt over the past 10 months, and what the process of reintegrating into public life will be like.

If she's feeling well enough to pursue playing, the Mercury surely won't turn down her services. The last time we saw Griner, she was dominating the interior to the tune of 20.5 points (58.5% on 2s), a career-high 9.5 rebounds (2.4 offensive) and 1.9 blocks per game.