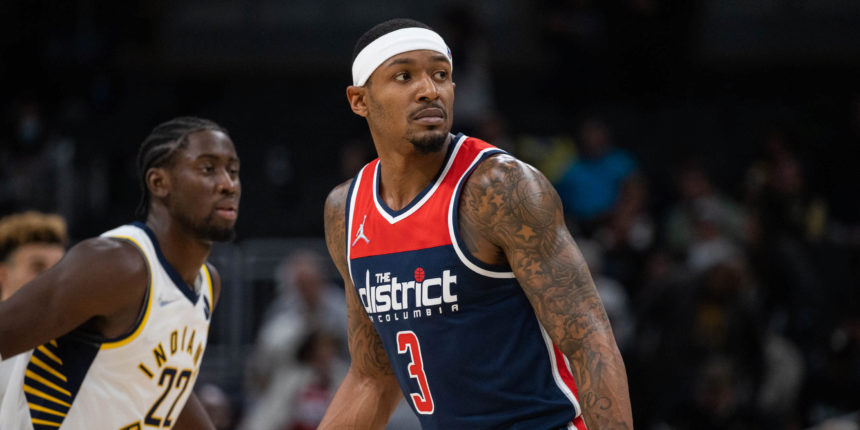 Bradley Beal keeping all options on the table before free agency

Bradley Beal is one of the most high-profile players projected to become an unrestricted free agent this offseason. Will Beal sign another lucrative extension with the Washington Wizards or take his talents elsewhere to chase a championship?

Appearing on Yahoo Sports' Chris Haynes podcast, Posted Up with Haynes, Beal mentioned that every option is currently on the table for the next step of his career.

"I got time," Beal told Haynes. "I kind of hold the cards right now, and No. 1, I've never been in this position. So I'm kind of embracing that, being able to, OK, kind of dictate how I want my future to be and where I want it to be. At the same time, I'm giving Shep [Tommy Sheppard] that opportunity to show that it's working. But at the same time, I'm not gonna make that grand commitment and it doesn't work.

"Ultimately you have to be selfish at some point, and for probably the first time in my career, Year 10, I am. My full commitment is to the team. I want it to work. I've contributed to being here. I've committed to being here twice. So now I want to see that commitment to me as well, you know, that we can create a winning team and a winning environment, and granted, I'm a part of that. So I've gotta make sure that I'm stepping up and doing my thing as well."

Posted Up w/ Haynes Pod: Wiz star Bradley Beal on re-signing w/ Jordan Brand & numerous other topics. Why he hasn’t signed max extension?: “I’m not gonna make that grand commitment and it doesn’t work. Ultimately you have to be selfish at some point.”

Beal is the biggest fish this offseason, so many organizations will try to convince him to sign on the dotted line. Beal is a true star who can change the long-term title hopes for any team he joins. However, there will not be many teams that project to have max salary cap space.

Would Beal force his way to a contender via sign-and-trade? It may be the best option for him unless he signs a super-max extension with the Wizards.

Washington has done a fantastic job of retooling around Beal after Russell Westbrook's departure. Performing above preseason expectations, Washington is currently slotted in as a playoff team.

However, will it be enough to keep the championship-hungry Beal around for the true prime of his career?