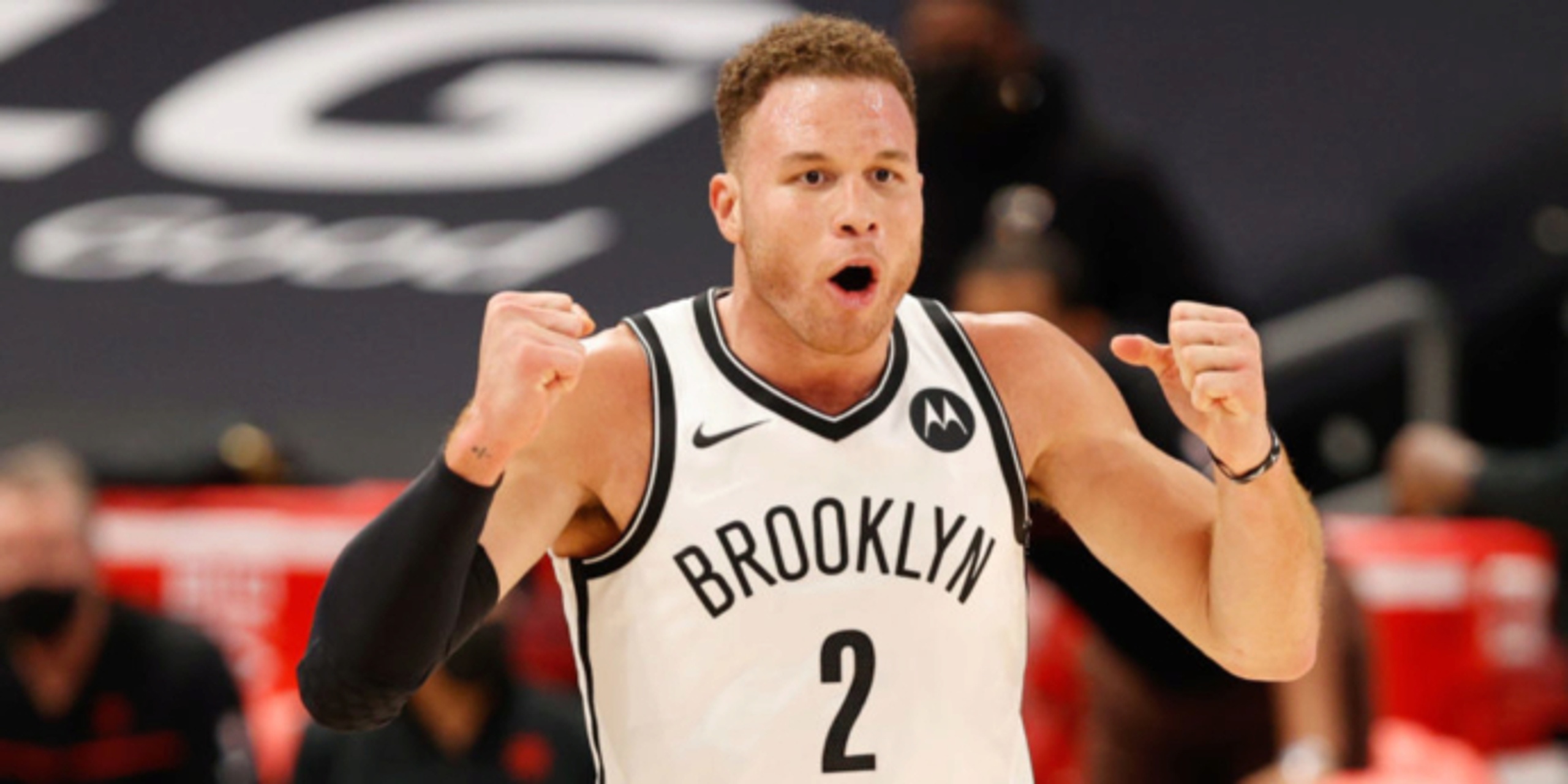 During an appearance on J.J. Redick’s podcast (“The Old Man and The Three”), Blake Griffin discussed a variety of topics including his departure from the Detroit Pistons last season.

Griffin explained that he and Derrick Rose knew that their days in Detroit were numbered once the organization started rebuilding and moved on from other veterans such as Andre Drummond, Reggie Jackson and Markieff Morris.

“They put this team together and they’re telling us they want to be competitive, but what [else] are you gonna say?” Griffin said. “They bring us in on the second or third day of training camp and are like, ‘We want you to be mentors to these guys.’ The writing was on the wall. But me and him were cool with that – that was totally fine. We had a lot of respect for Coach [Dwane] Casey and Arn Tellem over there… Right after that, I remember [Derrick] was like, ‘Yeah, we’re [gone].’

“For Derrick, it was a lot easier to get moved. I just kind of stuck it out. I was trying to be sort of a mentor to the young guys and accept my role – not come in and take a bunch of shots and be that guy. I think I averaged a career-low in shots; I was shooting like 10 times per game and I wasn’t playing that much. Also, I wasn’t playing well at all. When they finally came to me at the beginning of February, they were like, ‘Hey, we’re just going to accept this full tank, in a way. We’re gonna develop our young guys.’”

Once the two sides started negotiating a contract buyout, Griffin thought it seemed like a win-win; he'd get a fresh start on a contender, and they'd get to save some money while prioritizing their young core.

“I honestly didn’t put as much thought into it, I was just ready for a new situation,” Griffin said of the buyout. “And I also, like, felt bad in a way. I was out there everyday trying, but I just couldn’t get my legs back under me after training camp... I kind of felt bad in a way, and I was like, ‘You know what, this would probably be best for everybody. I give some money back and they get to do their thing, play their young guys.’ I thought it was a good thing for both sides.”

While the two sides finalized the buyout, Griffin was able to work out on his own for seven or eight weeks. He stressed the importance of that time off and how it helped him elevate his game once he joined the Brooklyn Nets.

“I wanted to concentrate on getting right, so I got to work out for about six weeks in L.A. and then I got to Brooklyn and I got to work out for, like, two weeks before they let me play a game there. That was a huge – huge – difference for me,” Griffin said. “When do you ever get a six-week break (when you aren’t injured) to get your legs back under you?!”

Griffin also talked about the popular narrative that emerged about how he went 464 days without dunking. Some fans speculated that Griffin was refusing to dunk in Detroit and not giving maximum effort since he wanted out (and this spread even more after his first basket with the Nets was a dunk). Griffin was understandably upset with this framing and felt some context was missing.

“But that just pissed me off because you guys know the stat, you’re just choosing to be like, ‘Let’s do days instead of games!’ Because games is still like, ‘Oh, he hasn’t dunked in 19 games!’ [But someone said], ‘Or... Hear me out... We can just do days!’”

To further illustrate his point, Griffin jokingly asked Redick: “When’s the last time you made a three in an NBA game?!”

“Actually, I don’t know. Maybe May 8, if I had to guess? It’s been a while!” Redick responded with a laugh.

Griffin re-signed with the Nets this offseason on a one-year deal worth the veteran's minimum.

While some star players struggle when it comes time to become a role player, Griffin was outstanding as a complementary piece alongside Kevin Durant, James Harden and Kyrie Irving.