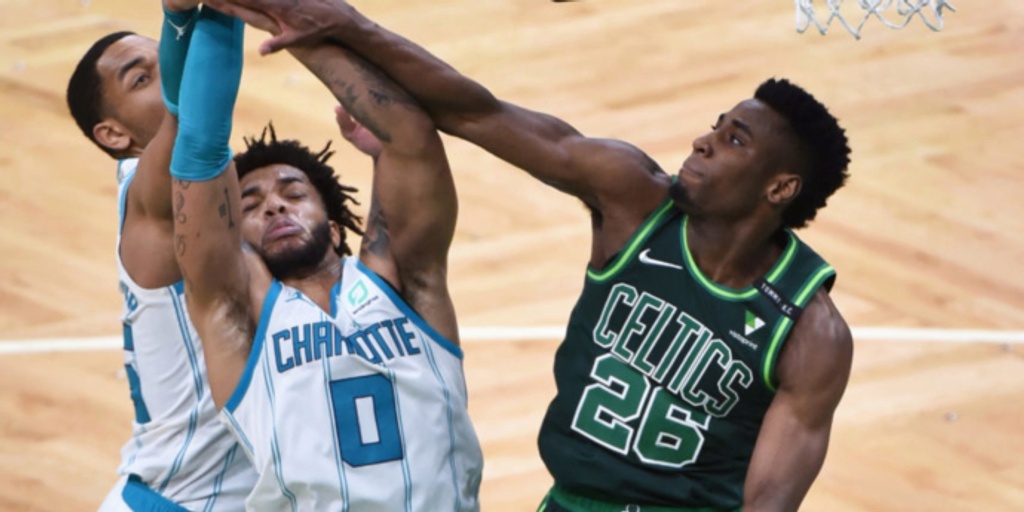 After a night where the Jayson Tatum-less Boston Celtics lost at home to the struggling Oklahoma City Thunder, the team needed to respond the next night in its matchup with the Charlotte Hornets.

Though Tatum returned and Jaylen Brown shot the lights out - the pair erupted for a combined 73 points - it was the effort on both ends from Boston rookie Aaron Nesmith that stood out the most, particularly in the fourth quarter. He scrapped for loose balls, defended with physicality and smarts, and made timely winning plays.

Back-to-back blocks for Aaron Nesmith followed by a huge 3-pointer. What a fourth quarter he's having. pic.twitter.com/NHQlSxw6kg

Nesmith finished with 15 points, 9 rebounds, 3 steals and 3 blocks in a career-high 31 minutes of action.

"It's incredible," Tatum said. "Aaron is a guy that's literally gonna give his body up every possession and run through a wall and play as hard as he can for as long as he's out there, and it doesn't go unnoticed. We need that from him, and we appreciate it."

According to the official stats page of the Celtics, the last rookie to record at least 15 points, 3 steals and 3 blocks was Paul Pierce in the 1998-99 season.

That's some quality company for Nesmith to join, and Boston fans have to be ecstatic to hear those two being connected.