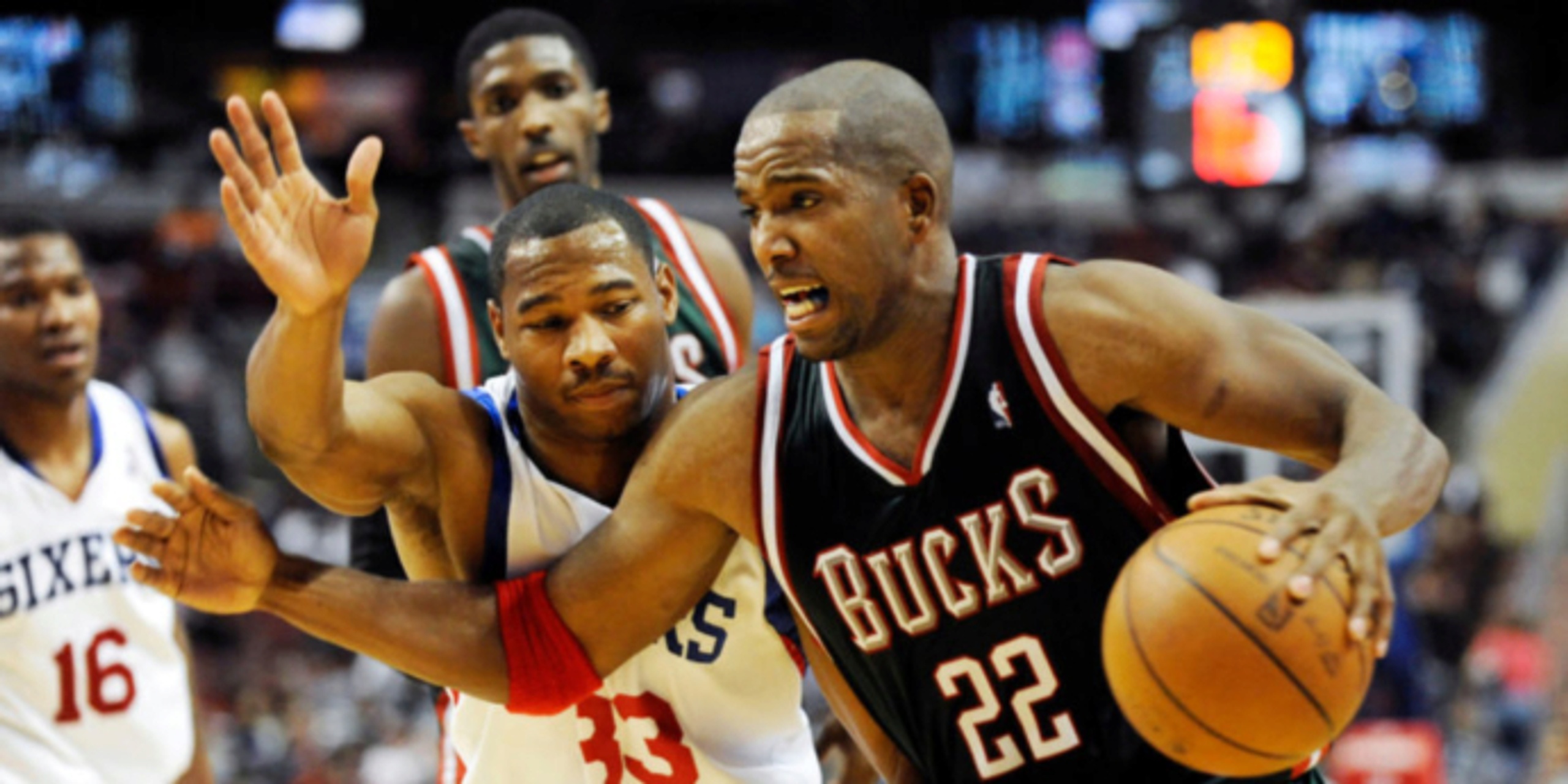 Michael Redd still reps the franchise that drafted him proudly.

The 12-year pro, former NBA All-Star and longtime Milwaukee Bucks fan favorite made a recent appearance on Basketball Network's 1-ON-1 podcast. Among the items discussed, Redd got into his NBA Championship favorites, Kevin Durant and Team USA's journey to the gold medal in the 2008 Beijing Olympics.

When speaking of what Milwaukee's built thus far, Redd seemed quite pleased and made a prediction that Bucks fans will love to hear.

"They have a deep team, they just got to continue to do what they've been doing. They defend well, they certainly can shoot the three well, I see them as a top team in the East again. They're right there and I do expect them to win a championship."

When asked about the other Eastern Conference teams he sees as contenders this season, Redd pointed to two more.

"The Sixers sure, they got an upgrade in the coaching. I love Brett Brown, Doc Rivers has an incredible career coaching so he's been a great addition. Joel Embiid is playing at MVP level, Ben Simmons is playing at a high level, so you gotta look at Philly and what they're doing," Redd said.

"You have to certainly look at the Nets, what Brooklyn is doing and they're being strategic and adding roster spots. So glad KD is back and he's healthy this year is so good for the NBA, Brooklyn definitely is certainly a contender...I've always been a Kevin Durant fan even when he was a young fella and I was playing against him. Just to be at that height at seven foot, to do all the things that he can do is just really special. So gifted in every facet and he's just a joy to watch, because he plays as if he's a guard at seven foot with guard skills. Defensively he's gotten better over the last five, six years. I would love to see him on the all defensive squad, but he's the total package. Hopefully they stay healthy.

As for the West, there were many more franchises in the mix for championship gold among Redd's selections.

"Obviously the Lakers, with LeBron and a healthy AD [Anthony Davis], being favorites, one of the favorites at least," Redd said. "The Clippers are playing extremely well with Ty Lue with the helm this year. They're just playing more hungrier, and they're deeper this year. And then, you can't sleep on Phoenix and Denver and obviously, Utah. Utah is playing extremely well. My little brother plays for Utah, Mike Conley, really proud of his career and what he's been able to add to that team.

"But the West is deep. There's about legit four or five teams in the West that could contend for the Western Conference championship and then in the East you've got legit three, four teams."

In the rest of the 47-minute interview, Redd discussed his days at Ohio State, business ventures and life after basketball. To watch the discussion in full via Basketball Network's 1-ON-1 podcast, click here.