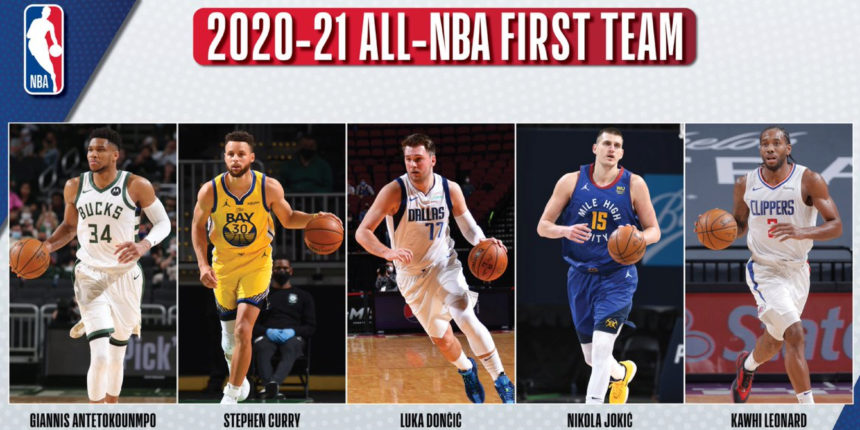 The official All-NBA teams have been announced by the league.

Prior to Game 5 between the Brooklyn Nets and Milwaukee Bucks, the NBA revealed the results live on TNT. Here are the All-NBA First-, Second- and Third-Teams: 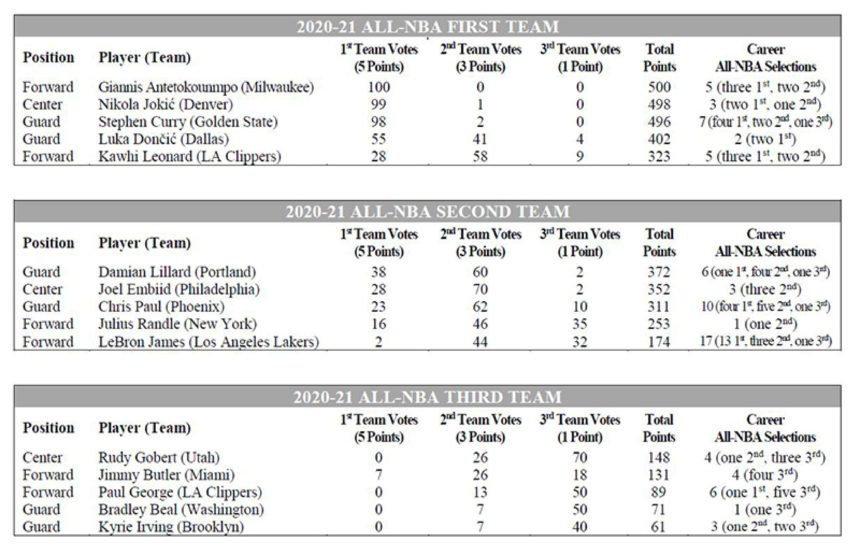 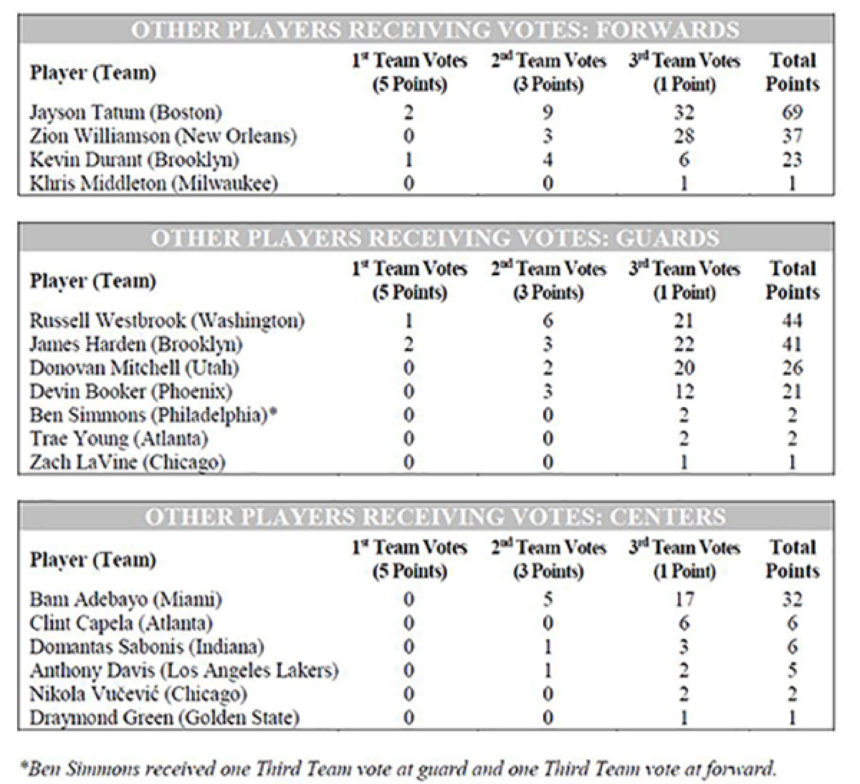 Center Nikola Jokić of the Denver Nuggets, the 2020-21 Kia NBA Most Valuable Player, and two-time MVPs Giannis Antetokounmpo of the Milwaukee Bucks and Stephen Curry of the Golden State Warriors lead the 2020-21 All-NBA First Team, the NBA announced today.

James has extended his league record for most All-NBA Team selections to 17, which includes a record 13 selections to the First Team, three to the Second Team and one to the Third Team.  Paul has been voted to the All-NBA Team for the 10th time, the second most among active players behind James.

This is the sixth All-NBA Team selection for Lillard and George, the fourth for Gobert and Butler and the third for Embiid and Irving.  Randle and Beal have each been selected to the All-NBA Team for the first time.

The voting results for the 2020-21 All-NBA Team are below.  The balloting was tabulated by the independent accounting firm Ernst & Young LLP.  Complete ballots for each voter will be posted at PR.NBA.com after the announcement of all end-of-season awards