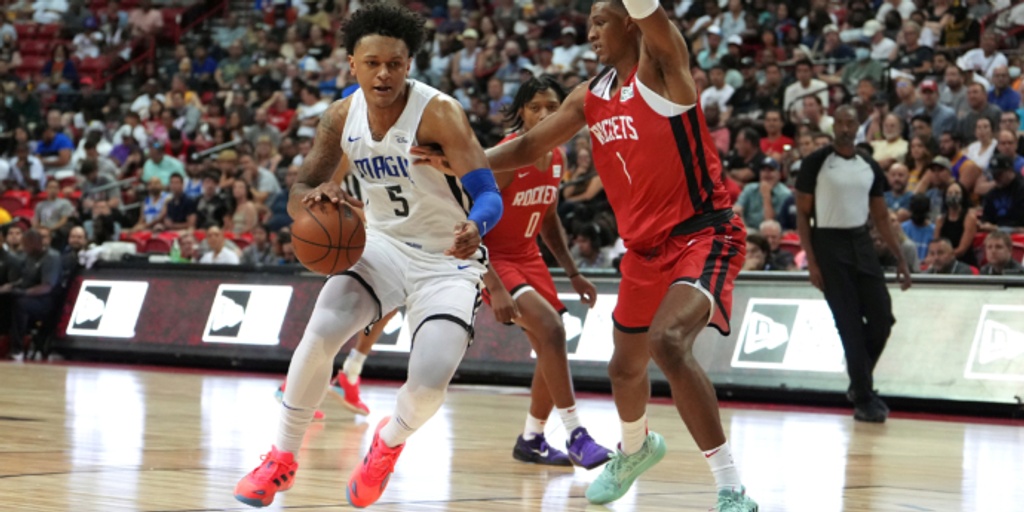 Orlando Magic rookie Paolo Banchero and Oklahoma City Thunder rookie Chet Holmgren have yet to suit up in a real NBA game, but they're already proving that they can move the needle among basketball fans.

Recently, when Banchero and Holmgren teamed up at The Crawsover in Seattle, a ton of fans packed the gym or tuned in to the NBA's livestream of the pro-am.

The top-two picks in the 2022 NBA Draft have also shown that they can influence consumers.

During his NBA Summer League debut, Holmgren dominated in a pair of Nike KD 15s — finishing with 23 points, 7 rebounds, 6 blocks and 4 assists in under 24 minutes. Kevin Durant shouted him and added "love the kicks." Over the next three weeks (from June 21 to July 12), there was an 87% spike in eBay searches for the KD 15s.

I see u cookin 7. First day on the job was a success, love the kicks @ChetHolmgren https://t.co/sQrgDpPCU0

Banchero also turned heads with his play in Las Vegas, and fans noticed that he wore a pair of adidas Exhibit As. Over the following week, the sneakers Banchero wore saw a 30% spike in eBay searches. Banchero was a sneaker free agent at the time, but he recently inked a deal with Jordan Brand.

We didn't get a chance to see Banchero vs. Holmgren during Summer League, so fans are understandably excited to watch them face off when the Magic play the Thunder this season.